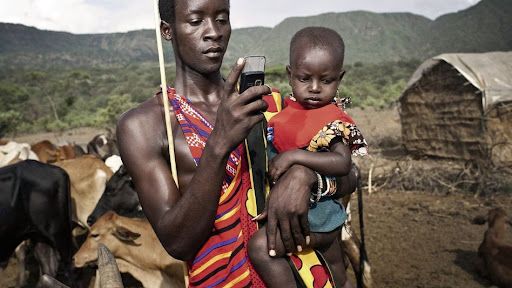 Kenya has become a remarkable epicenter of technology and innovation in Africa in the last decade. The flourishing tech ecosystem of the country has grown notably that it is given a name to be addressed with- Silicon Savannah, a name devised from Silicon Valley and Kenya’s savanna grassland.

Kenya’s technological evolution is believed to emanate from the birth of M-PESA in 2007 followed by the consecutive successful tech projects reinforced by the government’s attention to financing technological entrepreneurship and innovation.

As the result, Kenya has become an operational haven in Africa for the biggest names in the tech industry. Amazon Web Services (AWS), Microsoft, Google, and Visa are only a few, among many, that have chosen Kenya as their base for their operations in Africa.

In this era of an enormous tech race, Kenya’s Silicon Savannah success story would be an experience worth emulating for other African countries.

One of the factors cited for the hesitance of global tech companies to set their presence and operate in other African countries is the hindrance of laws and regulations.

Yared Hailemeskel, economist, and trade & investment consultant says Kenya gives a chance for innovations and innovators, even if there are no viable legal grounds.

“When introducing new technologies and innovations in Kenya, there is a space allowing interested bodies to work through self-regulation. When the innovation starts development, the government will stand together and start creating supportive regulations.”

The Kenyan government has an e-Registry team and system to help businesses get licensed more quickly by rising infringement risks and offering a centralized online forum for entrepreneurs to access business licensing and registration information.

“In Kenya, whatever new products and service proposals are innovated, there is no limit that would restrain these new ideas,” Yared explains.

The expert argues that as a nation, opening a comfortable working environment including the bureaucracy will have a high impact on the developing economy. Technology and innovation-based companies are mainly enablers, which allow other platforms to avail their service and product efficiently.

“If we can look at technologies currently available worldwide such as airplanes and cars, there were no air traffic or automotive regulations to control them at the beginning. So innovation should come first from regulations.”

According to Yared, the situation in Ethiopia mostly does not allow innovations in the absence of regulatory laws, which practically discourages the technology and creativity sector.

“M-birr, the pioneer mobile money system was introduced in Ethiopia in 2009, but the National Bank Regulation of Mobile & Agent Banking Services Directives was approved in 2012, which paralyzed the mobile money rendering it stagnant,” he says.

Safaricom Ethiopia, a partnership licensed as Ethiopia’s first private telecom operator, has also faced challenges from regulation to launching its M-Pesa service. The company had been interested in launching its mobile money service M-Pesa besides its telecom services. However, it had to wait for the amendment of  Ethiopia’s Regulation of Mobile and Agent Banking Services Directives to commence operation.

Apart from regulatory deterrents, the development of telecom infrastructure is cited as one of the major determining factors that made Kenya to be favored as a tech hub.

“I don’t believe laws and regulation alone is a threat to digital business. Kenya has a robust telecom infrastructure, including the recent development of optic fiber surrounding the Red Sea and the Mombasa port,” says Samuel Teferra, Assistant Professor at Addis Ababa University’s Center for African and Oriental Studies.

In 2006, Kenya’s government partnered with the Emirates telecommunication establishment (Etisalat) to create its U-boat fiber optic cable network called TEAMS, which improved internet speed and reliability in the area. The TEAMS project is considered a turning point in Kenya’s telecommunication industry giving the country an upper hand by equipping it with edge-cutting communications technology

“Ethio-Telecom has around 22,000 km long-distance fiber network organized in 13 rings. Its 7,100 cellular towers are mainly connected by microwave rather than an optical link. If cell towers are not connected by optical fiber (and instead rely on satellite or microwave links), capacity will be lower. Users likely are restricted to 2.5G system speed, not broadband. For 3G, 4G, 5G, and beyond, optical network backhaul is vital. However, most backbone infrastructure in Ethiopia is a low-capacity wireless network that bases on microwave links,” the research states.

Highlighting the role of the private sector in boosting connectivity, the Union demonstrates Ethiopia’s lag in the sector to its long-held monopoly.

“Today, only a handful of LCDs allow no competition, and networks fully owned and operated by the State are all in the Horn of Africa: Djibouti, Eritrea, and Ethiopia,” indicates ITU’s Connectivity in the Least Developed Countries: Status report 2021

Analysts of the sector mention the growing national demand has made Kenya a fertile bed for the giant innovation development centers. “That demand comes from Kenya’s growing economy and small but fast-growing startup sector. With many entrepreneurs beginning to explore cloud computing as an alternative to self-hosting – or even just sharing a server with other businesses – the need for a local presence has grown significantly” writes CIO Africa, a tech content platform.

Microsoft is investing in technology development hubs in Kenya and Nigeria, investing $100 million and hiring hundreds of engineers in both countries. In April 2022, Global digital payments giant Visa also opened an innovation studio in Kenya, its first in Africa and sixth globally, after posts in Dubai, London, Miami, San Francisco, and Singapore.

“In comparison to other states from East Africa, Kenya is peaceful and has secured marine service. Liberalized legal, economic, and technology systems, phone penetration, and the flourishing development of fintech infrastructures are other pull factors attracting technology companies. Ethiopia has a high market demand but low infrastructure,” comments Samuel Tefera.

The economics expert Yonas recommends that “When innovation is allowed to come before regulations, it motivates knowledge-based economy. The financial regulations are not up to date in Ethiopia and that will affect technology developers and thinkers.”

All being said, Samuel underlines the value of peace in the development of the digital economy above all in order to settle the trust of prospective investors.

“Building a peaceful nation is a pillar for digital investment. Given the timely security situation in the country, multiple conferences are also even shifting from Ethiopia to Kenya,” 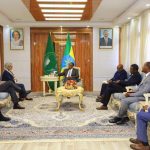 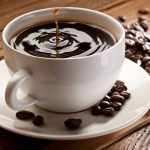