What Ails the Media Most?

I am provoked, if not inspired, by your editorial headlined, “What Ails the Media Its Leaders Reluctant to Talk About” [Volume 18, Number 889, May 7, 2017], which narrates about “the ailment of the media” and “the leaders’ reluctance” to discuss about its functions.

The crux of the editorial’s message is the failure of the media leaders to institutionalize and professionalize their respective media organizations, therefore ailing the Ethiopian media landscape. As a side note, it touches upon the “political climate” to be one among many factors, for the current weakened status of the media in Ethiopia. Besides, it boldly asserts that there is “a fear to look into the inside” and “externalizing the problems that ail the industry” by media practitioners.

For the sake of disciplined civil conversation, I will only focus on the most debatable issues though I found each sentence in most paragraphs to be highly controversial.

As a practitioner in the Ethiopian media environment, what inhibits the media most is the lack of political will from the government’s side. As the editorial clearly stipulated but bizarrely downplayed the centrality of its nature, “the EPRDF government had broken its promise of institutionalizing a democratic order” thus disregarding the media as a formidable stakeholder and vital partner for building a democratic society.

From the outset of the transitional period till its consolidation of state power, the EPRDF has been consistent in its approach and attitude towards the media in general and the private press in particular. For anyone interested in understanding EPRDF’s view towards free expression of thought and dissenting voices, we can get ample elaborations from the party’s policy documents or its ideological magazine “Addis Ra’ey”. The adversarial and stiffly hostile posture of the party is out there for anyone to see without much difficulty.

The EPRDF regime is accustomed to using the media as a mouthpiece and a mere tool of top-down communications or propaganda, from the time of its insurgency till the current period of its iron fist rule. Since it firmly believed in having a total monopoly on truth or on what is best for the country, it is adamantly hostile to any criticisms or alternative views whatsoever. It openly claimed its ambition to be hegemonic in its endeavor to ‘modernize’ the country along a ‘developmental state’ model, with little or no regard for differing viewpoints in consequence undermining the indispensible role of the media as a watchdog as well as a buffer for political struggle.

Besides, categorical statements and labels like: – “Anti-peace”, “Anti-development”, “Forces of distraction” (Yetifat Hayloch), “Mercenaries of foreign elements”, “Messengers of Neo-liberals”, “High priests of color revolution” have been widely used by the incumbent as a mechanism of curbing meaningful discussions on important topics.

The Anti-terrorism law and the current state of emergency have not been helpful for the strengthening of freedom of the media in Ethiopia.

The most important factor for the thriving of a strong and sound media is a political will and commitment that creates an enabling environment and a conducive framework for its operation. Here, it should be clear that regulating the media by using the proper media laws and regulations is a necessity. Social responsibility and high ethical standards ought to be the guiding principles for the media. In addition, to all of the above mentioned elements, issues of competence, professionalism and institutionalized undertakings are highly expected from the side of media houses and their respective leaders and practitioners.

But limitations in these spheres must not be confused or conflated with the big elephant in the room. Blaming the victims in unsympathetic manner won’t reveal anything except our partisanship to the powerful. We must be fair in allocating our share of failure.

Had the incumbent been committed enough in its stand in relations to the freedom of expression and the media, we would have reached to better places comparable to our neighbors such as Kenya. Unfortunately, that is not the case and many journalists as well as media houses are paralyzed.

Where would the media find the freedom, the country as a whole is not endowed with? And how can the judiciary that could not safeguard its own autonomy become the media’s ally?

Alas, the incumbent has failed, rather miserably! 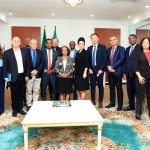 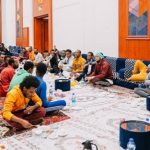