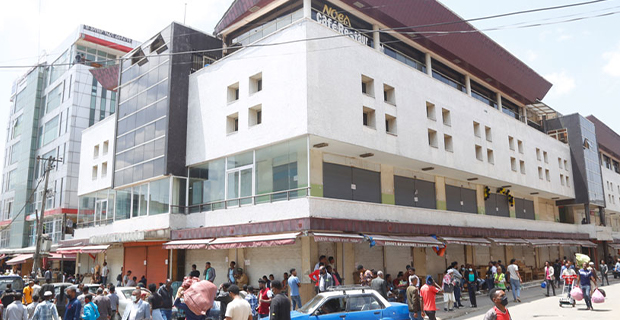 Property of Edget Be-Andinet S.C., the three-storey building, was constructed in Mercato a decade ago at the cost of 40 million Br. It accommodated over 500 stores and shops, 30 offices, a cafe, a Commercial Bank of Ethiopia (CBE), and a parking lot.

City authorities have shut down a commercial centre in the country’s largest marketplace over allegations the share company that owns the building has not renewed its license. It is a decision that puts hundreds of tenants in the crossfire.

Officials from the Wereda 8 Trade Bureau of the Addis Ketema District sealed the building off on September 15, 2021, alleging that the company holds an expired trade license. The company’s name is not even in the bureau’s registration system, according to Hiwot Gugsa, head of the trade bureau.

Property of Edget Be-Andinet S.C., the three-storey building, was constructed in Mercato a decade ago at the cost of 40 million Br. It accommodated over 500 stores and shops, 30 offices, a cafe, a Commercial Bank of Ethiopia (CBE), and a parking lot.

Sahilu Habtemariam, the chairperson of the share company, blames the District’s Trade Bureau for not cooperating while his office was trying to renew the trade license.

“They’ve shut us down without a court warrant,” Sahilu told Fortune. “It’s illegal.”

The closure has pushed hundreds of businesses out of their shops.

Betsegaw Temesgen is one of these who has been selling clothes in the building for the past five years. He employes three, all of whom depend on the shop to earn their living and support their families.

“This is not a sensible action,” he said. “If the bureau has issues with the share company, they could just solve that without closing my shop.”

Mesay Deneke, another clothing trader, was furious with the authorities’ decision, upset that he did not take merchandise out of the building before it was shut down.

“We’re a legitimate business,” Mesay said. “There should be no closure of our shops without any advance notice.”

The dilemma of businesspeople such as Sahilu and Mesay results from misguided government policies, says Yohannes Woldegebriel, legal expert and a former public prosecutor who had served the Ministry of Revenues. Although these businesses were interested in small spaces, policies enforced by the previous administration compelled them to form share companies such as Edget Be-Andinet. They should have been provided with space to open business condominiums, where each would be the proprietor within the building.

A business condominium would be subject to property law, while trade laws govern share companies.

“The traders are not responsible,” said the expert. “They are not the proprietors. There should be no reason to close their shops.”

Hiwot of Wereda 8 told Fortune her bureau is working closely with the businesses, searching for an amicable solution. However, she declined to give further details on the issues with the share company, only commenting the case will be resolved at a court of law. 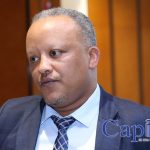