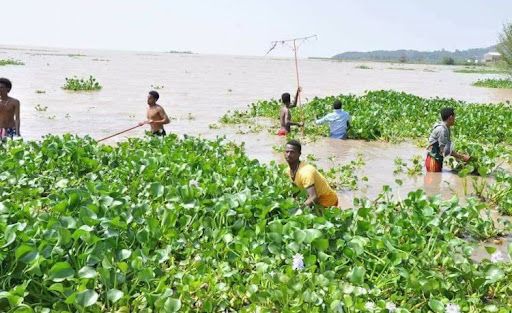 The sudden proliferation and rapid expansion of water Hyacinth weed had been considered a dire threat to the ecological existence of Lake Tana since 2011. In realization of the seriousness of the problem various concerted efforts, studies and campaigns have been waged to eliminate the weed and rescue the lake.

And now the weed is reported to be a threatening rift valley rivers and power generation dams based on these rivers. The awash river is one of these rivers being invaded by the hyacinth. Beyond its impacts on the ecology & biodiversity of water bodies, hyacinth is becoming another menacing challenge to the country’s already ailing power production.

On Sep 1, 2020, the Awash II and Awash Ill power plants were forced to stop service because of the water hyacinth. Both power plants are located around Awash Melkassa town.

Ato Getachew, head of the Awash II power plant, said in September 2020 water hyacinth blocked the outlet of the power plant and caused a power shortage. “I’m afraid the work being carried out is adequate. Prevention works should be made during winter so as to tackle possible problems in the summer. And the Awash basin and Koka dam are the responsible bodies for this,” adds Getachew.

Behailu, a resident of Awash Melkassa, remembers how the flood came from the upper river course with weeds. He says, “People in our area are familiar with this weed. We call it ‘tourist’ because it is an ornamental species. In the summer of 2020, a very large amount of this species entered the power plant and we could not get a proper power supply for a long time.”

As Behailu observed there is a water canal from the mainstream of the Awash River channel to the Wonji Shoa sugar factory used for irrigation. This line is also blocked by the floating weed most of the time.

Abel Zerfu is an Electrical Engineer who works on renewable energy. Abel says his expertise is not directly related to the impact of water hyacinth on power generation. “However, I know the main problem the hyacinth poses is decreasing the amount of water and causing sedimentation,” he explains.

Every dam has its minimum level of water fill to generate power. The water hyacinth causes the water level to decrease below that level, even creating sedimentation.

According to Addis Zeybe’s correspondent in the area, Koka dam and the course of Awash River have no buffer zone. A buffer zone is a wetland or green area that protects lakes from possible surrounding contact.

The Awash Basin Authority used to be accountable to the Basin Development Authority. But after the 2020 new cabinet formation, it became under the Water and Energy Minister.

Andinet says, “The damage the weeds have created blocking the Awash II power plant made us realize the magnitude of the problem.” He also mentions the fact that hyacinth affects aquatic habitats and water levels.

“Its effect on Awash II has forced us to realize the situation in a new way,” adds Andinet pointing out hyacinth’s capacity to block the watercourse and cut the power generation as well as causing flooding upstream damaging large masses of dry land.

Residents living around Koka dam complain that the presence of the hyacinth affected their lives.

Yadesa, a resident of Gadamsa, the small farming village near Koka Dam, says, “In the summertime, the flood drifts the floating weed to the tip of the dam and covers the irrigation land. The cleansing work needs huge efforts because of its expansive nature. This takes the farmers’ time away from farming.”

“The only water source in the area is the dam, especially for the cattle. The weed contains many worms, it harms the health of our cattle and the surrounding community. Moreover, shepherds and cattle have drowned walking on top of these weeds assuming them to be growing on dry land.”

According to a research article published in the International Journal of Current Agricultural Research, “Water hyacinth was first introduced into the Rift Valley water bodies as an ornamental plant in the 1950s around the Aba-Samuel Dam. Eventually, it spread into Lake Koka, Lake Ellen, Koka Dam, and Wonji site via the Awash River. Now it is common in various water bodies located at low, mid, and high altitudes. At Lake Koka, Lake Ellen, Aba-Samuel Dam, and Koka Dam, an increase in water cover was observed”

The Basin Higher Council, the higher administrative body that monitors the integrated water resources management, held a discussion, as a major topic, on the impacts of the invasive weed water hyacinth in its 10th regular meeting on April 8.

Experts in the field speak of the immediacy of setting up and employing critical management strategies in the infested water bodies before the problem surges to a grave level.

“Crop production, livestock feed supply, water supply, fishing, the health of local people, and livestock are impacted negatively by the infestation of water hyacinth. The range of socio-economic problems caused by the weed generally implied the real impacts on the lives of local communities and national economic development,”  Belachew Getnet & Workiyie Worie highlight the dire effects of the weed in their study paper, Socioeconomic effects of water hyacinth (Echhornia Crassipes). 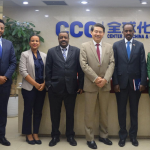 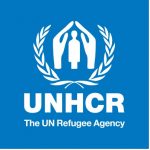