The United States, through the U.S. Agency for International Development (USAID), announced nearly $55 million in additional food-security assistance to Ethiopia. Ethiopia is currently experiencing increased food insecurity due to higher food and fertilizer prices, which have been exacerbated by Russia’s invasion of Ukraine. USAID will utilize this new funding to help Ethiopians overcome the current food crisis and to build further resilience to prevent and respond to food-related shocks in the future.
This new investment in the people of Ethiopia is part of President Joe Biden’s pledge—made in late June during the G7 Leaders’ Summit in Germany-to provide $2.76 billion in additional U.S. government resources to protect the world’s most vulnerable populations from the escalating global food security crisis. 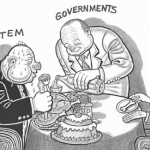