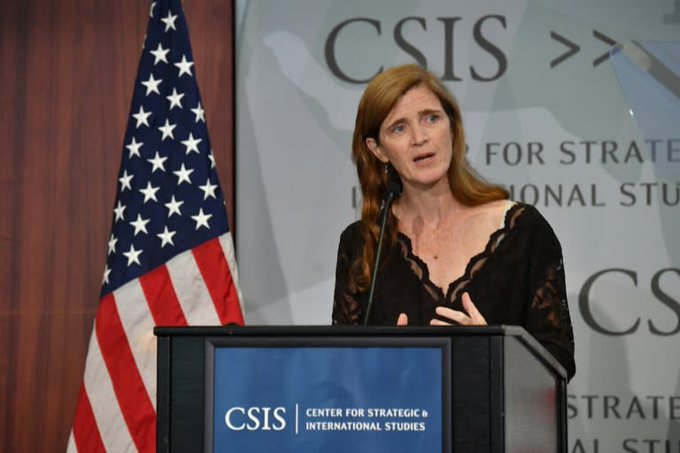 Addis Ababa, July 19, 2022 (Walta) – US aid Chief, Samantha Power, on Monday promised 1.18 billion USD to help avert famine in the Horn of Africa and urged other nations including China to do more to fight a food crisis aggravated by Russia – Ukraine Crisis.

Power voiced alarm that the war as well as climate change were worsening hunger around the world, just after a decade of progress had been “obliterated” by the COVID.

“Today we are confronting something even more devastating as not only are tens of millions more people facing that grave hunger, many of them are at risk of outright starvation,” she said at the Center for Strategic and International Studies.

Power, administrator of the US Agency for International Development (USAID), said the situation was especially dire in turbulent Somalia, conflict-hit Ethiopia and Kenya, the so-called Horn of Africa which is forecast to experience its fifth straight drought later this year.

Announcing a visit to the Horn of Africa this weekend, Power said that there are at least 1,103 children known to have died and some seven million other children are severely malnourished.

Power said the 1.18 billion USD in US aid would include emergency food — notably sorghum, a locally used grain more readily available than wheat — as well as a peanut-based supplement for malnourished children and veterinary services for dying livestock.

“Now we need others to do more, before a famine strikes, before millions more children find themselves on the knife’s edge,” she said.

Global prices of food have skyrocketed due to the war in Ukraine, a leading wheat exporter, with Russian warships blocking ports as Kyiv lays mines to avert a feared amphibious assault.

Power criticized the “sinister” policies of Russia but also pinned blame on China — seen by the United States as a leading global competitor — over its trade restrictions on fertilizer and “hoarding” of grain.

If China released fertilizer or grain to the global market or World Food Program, it would “significantly relieve pressure on food and fertilizer prices and powerfully demonstrate the country’s desire to be a global leader and a friend to the world’s least developed economies,” she said. 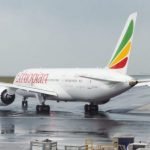 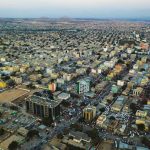