From the Cold War to the war on terror, Washington has backed a series of Ethiopian governments while turning a blind eye to their human rights abuses. The Biden administration’s appeasement of Abiy Ahmed’s government is the latest example of this shabby record.

The new issue of Jacobin is out now. Subscribe today and get a yearlong print and digital subscription.

The relationship between the United States and Ethiopia took shape during the waning years of European colonialism in the second half of the twentieth century. In the decades that followed, that relationship underwent several transformations, marked especially by alliances formed during the Cold War and the “war on terror.”

Despite the changes, a thread of continuity runs through the entire period. Washington has consistently elevated geopolitical interests above any concern for democracy and human rights. In so doing, it has contributed significantly to the problems afflicting Ethiopia and the wider region.

Alarge multiethnic empire established in the Horn of Africa in 1270 CE, Ethiopia was the only African territory to successfully resist Western conquest during the “Scramble for Africa” in the late nineteenth century. Armed with the latest European weapons that were purchased with proceeds from the East African slave trade, Emperor Menelik II and his armies defeated an Italian invasion force in 1896.

Ethiopia was the only African territory to successfully resist Western conquest during the ‘Scramble for Africa’ in the late nineteenth century.

However, Ethiopia’s access to the Red Sea was blocked by the Italian colony of Eritrea, which had been established by an Ethiopian–Italian treaty in 1889 and included some lands that had been part of earlier Ethiopian kingdoms. For the next century, Ethiopia would attempt to gain control of this strategic territory. Expanding its domain through the subjugation of smaller political entities, Ethiopia rapidly became the largest regional power, dominating the interior while confining European interlopers to the coast.

In an expansionist campaign that presaged World War II, Italian forces occupied Ethiopia in 1936 and merged the Somali-inhabited Ogaden and Haud regions with Italian Somaliland. The Allies expelled the Italians in 1941 and reinstated the Ethiopian emperor, Haile Selassie. However, the UK, as the dominant power in the region, continued to administer the disputed Ogaden and Haud territories as well as the Italian colony of Eritrea.

Since France, the UK, and other European powers controlled most of Africa, the United States viewed Ethiopia as a strategic entrée to the continent. After the war, Washington initiated a mutually beneficial alliance with Ethiopia that lasted nearly four decades. It pressed the UK to return the disputed Ogaden and Haud regions to Ethiopia and supported Ethiopian claims to Eritrea.

When the UN slated Italy’s African colonies for independence, the United States urged it to place Eritrea under Ethiopian control.

When the UN slated the Italian colonies of Libya and Italian Somaliland for independence, the United States urged the Western-dominated institution to place Eritrea under Ethiopian control. Although many Eritreans had agitated for independence, the UN acquiesced to US wishes, and Eritrea was formally federated with Ethiopia. In the decade that followed, Ethiopia eroded the parameters of Eritrean autonomy, and in 1962 it formally annexed the territory. Although this move violated the UN agreement, Washington condoned it, and the UN took no punitive action.

In the aftermath of World War II, the United States voiced rhetorical support for self-determination and democracy in the developing world. It hoped to establish new alliances that would open the door to political and economic opportunities in territories then claimed by European powers. However, few of its new allies were democrats, and Ethiopia was no exception.

Emperor Selassie presided over a feudal system in which an aristocracy wielded enormous power over the land and the peasant class that worked it. His rule was characterized by religious, ethnic, and regional favoritism. Christian Amharas of the northern and central highlands dominated multiethnic Muslim and Christian populations in other parts of the empire.

From Washington’s perspective, however, Selassie was a dependable Cold War ally. Convinced that the strongest bulwark against communism was regional stability under Selassie’s rule, the United States became the emperor’s primary outside backer. The United States provided Ethiopia with more than $280 million in military aid between 1953 and 1977 and trained thousands of military personnel.

Although it was presented as a bastion against communist encroachment, the US-trained forty-seven-thousand-man army was primarily used to quell internal dissent, oppose the Eritrean independence struggle, and ward off Somali expansionism in the Ogaden and Haud regions. In exchange, the Ethiopian ruler allowed the United States to build a communications station and naval facilities in Eritrea, which facilitated Washington’s intelligence and military operations in Africa and the Middle East.

The United States provided Ethiopia with more than $280 million in military aid between 1953 and 1977 and trained thousands of military personnel. 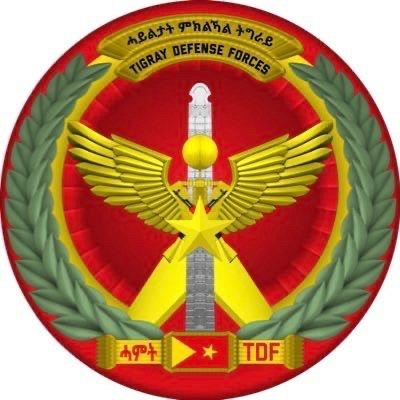 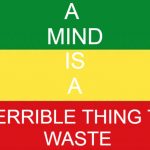 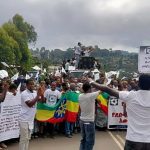