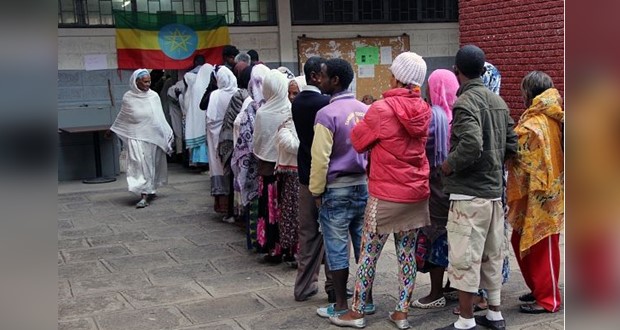 What can be more beautiful, more sublime and more glorious than deciding one’s political destiny by casting a ballot and choosing one’s representatives?

Keep your eyes on the prize!

The Forces of Darkness are doing their desperate best to get Ethiopians to take their eyes off the prize.

The remnants and lackeys of the Tigray People’s Liberation Front (TPLF) — the Forces of Darkness — have deluded themselves into believing they can stop the June 5, 2021 election by sparking an ethnic civil war between Amharas and Oromos.

Over the past several weeks, the diaspora remnants of the TPLF have managed to mobilize their lackeys and hirelings to kill untold numbers of innocent children, men and women in various parts of Ethiopia hoping their murders and terrorist acts will spark an ethnic war that will engulf Ethiopia.

From the day the TPLF bush thugs seized power in 1991, they have employed divide and rule tactics to entrench themselves in power and impose their ethnic apartheid rule known as “Kilil-istans”, patterned after the Bantustan enclave system engineered by the white minority regime in South Africa.

Since the 2005 election and singularly impelled by the Meles Massacres, I have been exposing uninterrupted and on a weekly basis the TPLF’s crimes against humanity and criminal divisive rule.

For the past nearly three years, I have been consistently warning Ethiopians to keep their eyes on the prize and exposing the diabolical tricks of the TPLF and their lackeys and hirelings.

In August 2018, Tamagne Beyene and I co-authored a commentary entitled “We Must Keep Our Eyes on the Prize in Ethiopia!”.

In that commentary, we exposed the TPLF’s “well-organized campaign to delegitimize Prime Minster Abiy and his government and rob public confidence in the peaceful change that is taking place in Ethiopia today.”

In February 2019, I exposed the TPLF’s secret efforts and intrigue to create a fake Amhara-Tigray-Oromo coalition behind which they could hide as they waged a scorched-earth opposition offensive against the nonviolent change that has been taking place in Ethiopia.

The TPLF is dead and gone (Thank God!) to hell!

But for their riffraff remnants in Ethiopia and in the diaspora, along with their cheerleading Western press-titutes, lobbyists and poli-stitutes know the June 5, 2021 election is the final nail in their coffin.

TPLF’s futile strategy is to sabotage the June 5, 2021 election by destroying the “OroAmhara Alliance” and return to power

The TPLF’s riffraff remnants and allies believe the only way they can return to power, reassert their ethnic supremacy and reestablish their old ethnic apartheid state is by destroying the “OroAmhara alliance”.

TPLF boss Getachew “Lyin’ Gecho” Reda once warned, “If Amharas and Oromos are united, that means we, the TPLF, have not done our homework”.

Getachew Reda also said, “Amhara and Oromo are like “chid” and fire (gasoline and fire). They can never come together as one.”

I know exactly what the TPLF bosses, before they were dispatched  to hell, thought of Amharas. I have documented it over the years.

The TPLF hirelings and sympathizers may indulge in their fiction of an “OroAmhara alliance”. The fact is there is ONE Ethiopian people!

In my October 2017 commentary, “I, Proud Ethiopian”, I declared:

The fact is there is no such thing as an “OroAmhara alliance”.

There is only an alliance of Ethiopian patriots.

To me, Ethiopian patriotism means love of Ethiopia as a diverse but single and  indivisible nation. E Pluribus Unum (out of many one).

I believe there are two kinds of Ethiopians.

The overwhelming majority who love Ethiopia and the teeny-weeny few who hate Ethiopia.

Those who hate Ethiopia declare war on its national defense force and massacre innocent citizens because of their ethnicity, religion, region, language, etc.

Those who love Ethiopia do so with all their hearts and minds. They love Ethiopia with all of its problems, challenges and opportunities. They toil day and night to make things better for all Ethiopians.

Those who hate Ethiopia spend their time whining like Chicken Little, “The sky is falling on Ethiopia!” They prophesy doom and gloom. They commit massacres on innocents. They toil day and night to keep Ethiopia divided and weak.

Those who love Ethiopia proudly stand up and declare, “Ethiopia is rising. Ethiopia is a beacon of freedom for all Africa!”

I love Ethiopia so much I publicly declared, “I, PROUD ETHIOPIAN!”

Is there any other person who has made such an open, unabashed and unapologetic declaration of pride and repeated it over and over again?

If there is, please stand up and stand with me!

Ethiopian patriotism is nothing more than love of country, or more accurately love of the people of Ethiopia.

A true Ethiopian patriot does not blindly follow the maxim, “My country right or wrong”.

A true Ethiopian patriot pledges, “My country stands for (human) right and I vow to right wrongs in my country.”

Patriotism is taking pride in Ethiopia’s history, the sacrifices of one’s ancestors.

I take great pride in the long line of patriots who sacrificed their lives to keep Ethiopia free from white colonial domination, labored to keep Ethiopia united and made Ethiopia a beacon of liberty for Africa.

I am supremely proud to be the son of one of those great patriots who were held at the Danane concentration camp near Mogadishu in Italian East Africa following he Italian invasion of Ethiopia in 1935.

Patriotism in action is a commitment of goodwill so all Ethiopians by virtue of citizenship only are entitled to equally enjoy the blessing of life, liberty and the pursuit of happiness.

Patriotism is a state of mind, a commitment to the protection and preservation of Ethiopia against enemies and foreign and domestic.

Patriotism is the antidote to the poison of  Kilili-istan politics,  ethnic strife and sectarianism in Ethiopia.

Ethiopian patriotism is founded on the principle, “United we stand, divided we fall.” Alternatively, if we do not hang together, we will hang separately.

Voting is patriotism in motion

Voting is the ultimate expression of patriotism.

Voting is patriotism in motion.

Voting is democracy in motion.

What can be more beautiful, more sublime and more glorious than deciding one’s political destiny by casting a ballot and choosing one’s representatives?

In 1957, Dr. Martin Luther King, the greatest moral leader of the 20th century spoke of the right to vote as the ultimate patriotic act, the proof of one’s love for one’s country:

As a student, follower and witness of Dr. King, I now make an urgent request to the people of Ethiopia to perform their ultimate patriotic duty:

Power (the ballot) to the People of Ethiopia.

The people of Ethiopia united around the ballot box can never be defeated. 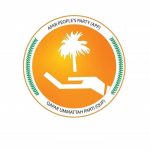 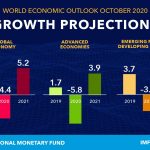