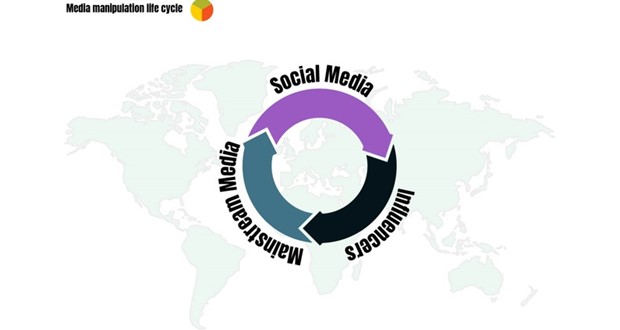 When we report about the situation in Tigray, we need to do so using vivid images. It does not matter if the images are related to recent fact or not…

The Tigray People’s Liberation Front (TPLF) daily manufactures fake news. Their mentor in manufacturing fake news is “journalist” Martin Plaut (Plaut, 2021). Martin does not see lying as a sin. He believes the end justifies the means, when confronted. The TPLF took Martin’s teaching to heart. We caught them training on how to produce fake rape victims. Unknown TPLF guru of manufacturing fake news was heard discussing on how to create sensational knows on the social media:

“When we report about the situation in Tigray, we need to do so using vivid images. It does not matter if the images are related to recent fact or not. For instance, if we use the image of a young girl and say she was raped in Adiggrat in Tigray, and if those who want to investigate the atrocities go there to verify the events, for sure they will find something much worse than what we reported … They will not be going to bother to remember to check if the initial report was accurate or not. We simply have to flood the media with gruesome stories regardless of whether they are true or not because whatever we write will be documented and becomes the standard narrative.” (Amiche, 2021)

Once such fake news is manufactured the British famous mainstream media, such as the newspapers, for example, THE DAILY TELEGRAPH is now at their disposal to publish anything and deliver it to its unsuspecting readers and confuse them, with the TPLF sensationally titled garbage.

The TPLF has placed its well-trained staff of disinformation across the globe including in high places of world organisations before its demise. To mention few, its former Minister of Health Tedros Adhanom is Head of the World Health Organisation (WHO). Berhe Gebre Egziabher Tecola is a Director of Animal Health & production at FAO. Fisseha Tekle as is Amnesty International’s Researcher for Ethiopia. The list goes on. People like Martin Plaut, Alex De Waal, William Davidson Patrick Gilks, and Lord Alton are TPLF lobbyists disguised as either journalists or concerned human right campaigners. All these are sources and distributors of fake news bent on tainting the good name of Ethiopia.

Lucy Kassa a TPLF sleeping cell in Addis Ababa had been claiming to be a free-lance journalist sending fake news and dramatized pictures and videos to VOA, BBC, Al Jazeera, Los Angeles Times, and a news website Bistandsaktuelt (Norwegian). Recently, she has got a permanent fixture on the column of The Daily Telegraph.  On 27 March 2021, Lucy Kassa co-authored with Anna Pujol-Mazzini a bizarre article titled ‘We’re here to make you HIV positive’: Hundreds of women rush to Tigray hospitals as soldiers use rape as weapon of war” (Lucy Kassa and Anna Pujol-Mazzini , 2021). Investigation of the truth reveals that this had never happened, and it is a dramatized performance which is typical of digital Woyyane disinformation. Then Kassa came back alone on 07 April 2021 and wrote another dirty novel under the title of “’Their bodies were torn into pieces’: Ethiopian and Eritrean troops accused of massacre in Tigray” (Kassa, 2021). One can note that this story is in line with the lectures introduced at the beginning of the first paragraph, particularly the 2nd lecture by a TPLF activist. The plot is the same. The story is the same. Even the place to be mentioned is the same – Adigrat.

What is happening? An Ethiopian army General went though three videos released by the Diaspora TPLF, claiming rape and killings carried out by the Ethiopian and Eritrean armies. The Eritrean case is fixated on their minds because that would enable foreign troops to come and help them get back to power. The unprovoked raining of 16 rockets on Asmara was an invitation by the TPLF to get involved in the conflict. One thing they did not realise is any country can call for help to any friendly country. Didn’t USA and UK go into Agnathan, Iraq, Syria, Libya, and Somalia, to help their allies? Has anybody demanded them to leave? As an independent and sovereign country, what makes Ethiopia not to call for help, if at all Eritrea had to be invited? This cry of wolf is madness. Anyway, the General investigating the videos came up with a a big revalation. He asked what kind of an Ethiopian army would record self-incriminating videos and passes to the TPLF? The answer is a big “NO ONE!” So, where did those videos come from? Dramatized and created! Then he examined the uniforms. Most of the uniforms are made to fit.  The killers were misfitting, unlike the Ethiopian Defence Force uniform. It means those uniforms were produced in advance at the Almeda Textile Factory in Tigray and used for a staged performance. The amazing thing he noticed was the filming plot. It appears that the cameras were well placed in a convenient angle to capture all the dramatic episodes. What did that tell us? A DRAMA! What happens to the killed, after the drama? They will just simply rise and walk home.

A Polish-European anthropologist Dr Natalia Paszkiewicz, European migrant advocate, had recently discovered and spoilt the carefully drafted drama on 09 April 2021. She disclosed what she personally gathered evidence from the place. Tigrayan militia men kidnapped many Eritreans refugees from the refugee camp located in Tigray. Then they used them for “preparing to film a scene” staging Eritrean soldiers mutilating women’s breasts. Eritrean refugee hostages became actors forced to dress up in Eritrean army uniform, handed curved knives to cut Eritrean refugee breasts to claim them to be Tigrayan women. The barbaric cruelty of the TPLF goes to unimaginable level to make a fake sensational story. According to Dr Paszkiewicz’s account of another group of refugees who fled from Hitsats camp, the local Tigrayan militia held a group of 40 refugees hostage. “Then they selected 10 refugees and told them to wear Eritrean army uniforms.” Afterwards, the militia men gave them “knives and told them to cut breasts of women from the group.” (AwasaGuardian, 2021).

Dr Paszkiewicz is in distress. She could not believe what she was witnessing. We are so proud of this brave lady who did not shy away from alerting the world community about what is exactly taking place in Tigray. One cannot see these dramatic performances of the brutal TPLF from thousands of miles afar, but by being physically present at the spot and observing like Anna did.

The TPLF is using underaged children and civilians to fight for its own devilish goals. On a video recorded and released[1] to the public by them recently, we saw young men training to fight the Ethiopian battle-hardened Norther Defence Force. The TPLF knows these youngsters were not a match to the Ethiopian army. These ill trained fighters are sent in civilian clothes to shoot at the army. The defence force had to shoot back. In the process the majority gets killed. Then the TPLF cameramen hiding at safe distance would take pictures of these killed fighters in civilian clothes and quickly send them to the social media. Then the cry starts accusing the Ethiopian government massacring in cold blood civilians. People like Lucy Kassa, Martin Plaut, Alex De Waal and William Davidson get the news into the mainstream media. The fake news gets coverage by Channel 4, Sky, Al Jazeera, CNN, BBC, The Daily Telegraph, The Guardian, and Bloomberg. There you go!

Remember how one of the men that Amnesty is said to have interviewed from Axum is a man who claims to be a priest by the name of Woldemariam? Hagos (Hagos, 2021) as translated by Yafet Zereou said: “It turns out that Priest Woldemairam is actually a man called Michael Berhe who is a member of the TPLF security apparatus and had given testimony claiming to have been at Axum and witnessed the killings himself. Amnesty used this testimony in their report, but this man lives in the USA in the city of Boston and has been exposed as a TPLF cadre. When was he in Axum that his testimony has been accepted? At a time when there were no flights to Axum from Boston or any lines of communication, how did he manage to get into Axum and then make his way back to Boston?” It did not matter, because their other man, Fisseha Tekle is a “researcher” ready to publish anything that promotes the TPLF at the Amnesty International.

It is amazing how the Western Media quickly forgets who this terrorist group is. It is the same terrorist group that kidnapped one of their own colleagues, Sunday Times Reporter, Jon Swain, and the four British family members in 1976 (Editor, 1976). They were terrorists in the past (GTD), they are terrorists today and they will remain terrorists tomorrow.

Reporting unsubstantiated events is unethical. There is nothing the Daily Telegraph, CNN, or sky gains by spreading lies. Their primary sources are the TPLF men and women trained to mislead the world. Let the Daily Telegraph save its image as a true newspaper from becoming The Daily TPLF.

Kassa, L. (2021, April 7). ‘Their bodies were torn into pieces’: Ethiopian and Eritrean troops accused of massacre in Tigray. Dily Telegraph. Retrieved from https://www.telegraph.co.uk/global-health/terror-and-security/bodies-torn-pieces-ethiopian-eritrean-troops-accused-massacre/

Lucy Kassa and Anna Pujol-Mazzini . (2021, March 27). ‘We’re here to make you HIV positive’: Hundreds of women rush to Tigray hospitals as soldiers use rape as weapon of war. Retrieved from https://www.telegraph.co.uk/global-health/women-and-girls/make-hiv-positive-hundreds-women-rush-tigray-hospitals-soldiers/ 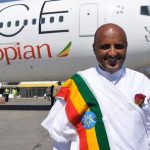 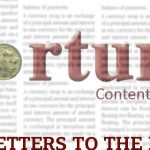