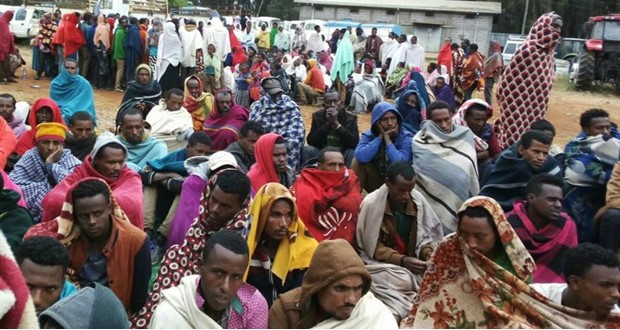 TPLF deceived the world 27 plus 3 years.  It told that it was democratic but it was the most dictator in the Africa continent.  It told that it was humanitarian but million Ethiopians were targeted for visible and hidden genocide during the regime of TPLF. Even in the recent past more than 2000 innocent civilians were massacred by Tigray People Liberation Front forces in Maikadra area. More again, TPLF launched rocket to griffin Amhara and Eritrea peoples to get patron of war[2].

In Oromia, Benshangul-Gumez, and different parts of South Ethiopia paid agent of TPLF killed near million Ethiopians.  In precise, TPLF was a hub of all political evils.  It implied genocide, massacre, terrorism and ethnic cleansing. TPLF was owe debt of cultural and intellectual destruction in the country. The culture has been absorbed by foreign cultures. Hell for TPLF, sodomy is now in Ethiopia. We are also celebrating Valentine day than Epiphany.  The education curriculum ignored the indigenous knowledge, and intellectuality is measured though the criteria of Europeans[3].

Knowing this, some countries in Europe and Americans were deceived by Tigray Liberation Front. Why?  I deem of that they needed that. I am not say all but some Western and American politicians are unhappy on the secure Africa since in the stable Africa, they cannot loot resources and insert their unfit ideology into Africa. This has similarity in Ethiopia.  Mark my word again!  Some Europeans and Americans know that TPLF was a deceiver. They know TPLF dismantled fake information using cyber technology. They feel that TPLF distributed false information by creating social media accounts with Oromo and Amhara ethnic identities. They understand that TPLF hired its fellow to dismantle false information. However, they were enjoy and believe the appeal of TPLF since the instability drive of the icon Ethiopia implies the failure for Africa[4].

Why identity Politics in Ethiopia?

In this commentary, I discussed the evil upshot of identity politics on Amhara.  In 1974 the Italian ambition of proxy colonization became true. The agent of colonizer and anti-African rebellion group were established, and it was called TPLF. Its philosophical ideology was “Agacian”.   Agazian, which was a philosophical ideology, formed to create a great Tigray home-land by uniting Christian Tigregna speaking people in Eritrea and Ethiopia[5]

Since from its establishment, TPLF had applied identity politics which was undemocratic in nature and the colonizer’s political system to dismantle Ethiopia by attacking its core, Amhara. Dealing with this, TPLF was in success.  TPLF caused ethnic conflicts and death of innocents in all parts of the country. TPLF plunged Amhara and Eritrea peoples into deeper political and economic crisis, and it applied ethnic and minor politics which were undemocratic in nature for three reason:

The tribal identity politics of TPLF showed unmeasurable negative effects on Amhara since it came to power.  Starting from the transition government of 1991 Amhara losses of control of political power, and then genocide and ethnocide on Amhara have been occurred.  Amharas has died within Oromia Region and South part of the countries. Tigray and Oromo fundamentalists tortured and killed million Muslim and Christian Amharas to show their hatred. Even, in recent past, Gumuz militia together with Oromo Liberation Front (OLF) killed thousands of Amharas. As some argued atrocities that was committed by Gumuz and OLF in Metekel were reaching holocaust proportions[7].

For the TPLF and colonizers cart of Oromo fundamentalists, it had been common to loot Amhara resources and ethnocide Amhara descent peoples in Tigray and Oromia. Before the ratification of the 1995 Ethiopian constitution, TPLF apportioned significant fertile land from Gondar and Wollo.  It also grew out wick Amhara by allowing special zones, like, Awi, Wag, Oromo, and Kemant. Further, TPLF formed the poorest Amhara region in Africa[8]. It also formed unfair ethnic composition of political and military leadership.  At the federal level, Amhara could not have the position of ministers. During TPLF regime more than half percent of generals or commanders were from Tigray[9].

Amhara cannot live in the country that it established with classical civilization. Nowadays, Amharas has exiled from Ethiopia to Arabs, Europe, and America. Dealing with this, in 1993, United States Department of Home Land Security  stated that most Ethiopians claim for asylum in United States of America are from Amhara and most emigrates from Ethiopia in America are Amharas[10]. Accordingly, identity politics which was introduced by TPLF has been success in producing all dangers in Amhara even though the Great Tigray state formation process failed.

TPLF aimed to create an independence Great Tigray without considering the well-established centuries of political, historical, cultural, social and topographical set of Ethiopia was great unexcused mistake. Even, the poor TPLF did not calculate the undefended military of Amhara and Eritrea in Africa.   Any ways, with in this circumstance, TPLF’s aim of establishing great Tigray is coming as nightmare[11] because resources and lands, which were controlled by TPLF, returned to the owners. Welkayit and Raya are in the administration of Amhara Regional State. Badme is back to home. Eritrea is administrating it.  Tigray does not have resources to live by itself.  It does not have the access to sea port[12].

Ways to the Boom

What surprises me, still Amharas are not upset by Oromo and Tigray elites who are brain washed by colonial powers. Oromo and Tigray elites have unhealthy mind. They know Ethiopia was ruled by the Agew, Felasaha, Hadiya, Tigre, and Adal(Issa) but the lose how our enemies valued leaders of Amahara to destroy the country Ethiopia[13].  Accordingly, unit in all spheres and making war diplomacy with amity neighbor and far neighbor countries on the side of Amhara is the sublime solution.

[6] The great Eritrea came as legitimate sovereign state in 1993. The secessionist Eritrean Liberation Front, which was formed in1958 by Muslim separatists, was the bedrock of Eritrea state formation (U.S. Department of Homeland Security, 1993).

[9] Yonas, A. (2020). Violent Ethnic Extermism in Ethiopia: Implication for the Stability of the Horn of Africa. AJCR.

[10] Security, U. D. (1993). Ethiopian Status of Amharas. Bureau of Citizenship and Immigration Services. 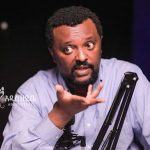