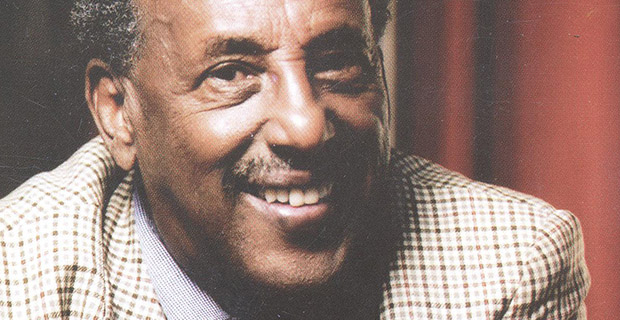 Teshome Gebremariam: Titan of an Era, Dies at 86

Teshome Gebremariam: Titan of an Era, Dies at 86

It is rare for Mengesha Seyoum (Ras), a nobility from the north and a great grandson of Emperor Yohannes IV, to stand before mourners to read an eulogy, inside the Holy Trinity Church. That was what he did in the afternoon of Wednesday, December 21, 2016, bidding a farewell to Teshome Gebremariam, a prominent corporate lawyer, passed on December 16.

The two have known each other for over 50 years. Upon Teshome’s return to Ethiopia in 1958, graduating from McGill University in Canada, where he received a Master’s degree in Comparative Law, he had worked as the principal legal advisor of the Ethiopian Airlines, and the Executive Assistant to its General Manager.

Mengesha was the Chairman of the Airline’s Board. Teshome’s work as his advisor led the Airline to have a successful transition of its fleet from old fashioned small aircraft, to jets. It was a milestone in the history for the national carrier and a service to a nation from a man whose origin was in Adama (Nazareth) of Oromia Regional State, 100Km east of Addis Abeba.

Born in 1930, three years before the Italian occupation of Ethiopia, Teshome’s early childhood was a peripatetic one. His family travelled from place to place in order to avoid the worst of the Italian atrocities that came with the occupation lasted for five years.

At the end of the occupation in 1938, Emperor Haileselassie returned from exile and took over the ruling of the country from the British-led interim military administration. The Ethiopia he returned to was not the same one he had left. Patriots, Italian loyalists and members of the Emperor’s old regime were in conflict about who should rightfully help rule. However, the Emperor’s time in exile with loyalists had given him a new vision for the future of Ethiopia; a progressive society with a modern governance system. Education was one of the most important areas in his vision, and his contribution acknowledged even by his staunch critics.

Young men would be educated at the few schools in Ethiopia before they were sent overseas to receive advanced studies, and get a sense of what a modern governance system would look like. They would then come back and put that knowledge to use in Ethiopia. Teshome was one of the beneficiaries of the Emperor’s rebuilding scheme.

He was one of the two survivors of that generation of Western-educated intellectuals. His contemporary, Minassie Haile, lives in the United States. The two were among the first graduates from the Haile Selassie I University College, and as such, received diplomas from the Emperor himself.

In 1965, Teshome became the first Ethiopian Attorney General, a post which he held for three years as the first native Ethiopian. His legal expertise was instrumental in the formation of the Organization of African Unity (OAU) in the early 1960s, and the drafting of the organization’s charter, alongside Ketema Yifru and Kifle Wodajo .

In 1967, Teshome became the minister of Mines, where he pushed for the passing of a full mining law and instrumental in helping the Ministry to enter agreements with companies that wanted to mine on Ethiopian land.

A decade later, in 1974, the Emperor was deposed by a collection of junior military officers known to the country as Dergue. Teshome was imprisoned along with other members of the Imperial government, and remained in detention up until 1983. He was not prosecuted, nor was he convicted of any crime.

But unlike more than 60 of the Emperor’s nobles, dignitaries and officials, who were murdered in November 1975, Teshome had lived longer to tell the story. He was the first witness for the prosecution during the trial of members of the Dergue who stood trail in 1996. He testified that he and many others were imprisoned in the cellar of the Grand Palace. After his release from prison, he briefly worked in the Ministry of Labour & Social Affairs as a legal consultant, before leaving to establish his own law office.

A member of international law societies such as the International Barrister’s Association, and the Ethiopian Lawyers’ Association, Teshome became one of the foremost corporate lawyers in the country, advising and representing national and international companies in their investments in Ethiopia, as well as the United Nations in matters pertaining to the revitalization of the African mining sector.

A lucid storyteller of the Ethiopian political history, Teshome is remembered by those who know him close for his uplifting and lively character.

Many regret that he has departed without leaving behind his autobiography, reflecting the extraordinary time he has lived.

Teshome passed away during a business trip to Namibia, on his birthday. He is survived by his wife, one daughter and one granddaughter. 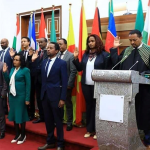 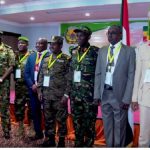