The decision by Ayder Referral Hospital in Tigray’s capital Mekelle underscores how little food aid is reaching the region despite the government’s declaration in March of a unilateral truce to allow aid deliveries.list

One hospital official, who asked not to be named, said about 360 patients remained who were able to buy their own food. New patients without food or money were being turned away, he said.

Those who had to leave included babies with meningitis and tuberculosis and a 14-year-old boy with HIV, two nurses told Reuters.Tedros Fissehaye, a paediatrics ward nurse, said patients and their families went hungry on Thursday, April 14. On Friday, April 15, he said he had to tour the wards and tell them there would be no more meals. Ten patients left.

“Nobody cried. We have finished our tears for months now. But every nurse was so sad,” he told Reuters. “The families said, pray for us, instead of dying here let’s go home and die there.”

Another pediatric nurse, Mulu Niguse, said the hospital had run out of 90 percent of medication, but last month had received some HIV pills and tried to treat other diseases with any antibiotics they could scrounge. The discharged children would likely die, she said.

Ethiopia’s Minister of Health Lia Tadesse and Mitiku Kassa, head of the National Disaster Risk Management Commission, did not respond to requests for comment.Conflict erupted in November 2020 between the central government and Tigray’s rulers. Since the military pulled out of Tigray in July following months of bloody battles, only a tiny trickle of food aid has entered. The United Nations has said 100 trucks of aid are needed daily. But convoys have struggled to pass, partly due to fighting and partly due to bureaucratic delays.

Since the government’s ceasefire was announced on March 25, 71 trucks have made it in, said Michael Dunford, regional head of the United Nations’ World Food Programme. A third convoy had been cleared by the federal government and the WFP was negotiating with regional authorities for safe passage, he said. “It’s essential that these convoys move and that they move now. If not, then we … will see a spike in hunger-related deaths,” he told Reuters.

More than 90 percent of Tigray’s people need food aid. Staff in Ayder have not been paid since July and were themselves relying on the hospital for food. Nurse Mulu said her children ate once a day.
One doctor said that since the food ran out, he had discharged two cancer patients waiting for operations; he had operated on a third on Tuesday who had only been able to afford milk.

The hospital has no cancer drugs, the doctor said, sharing pictures of a two-year-old girl, her eye disfigured by a bulging tumour, and a 14-year-old boy hooked up to a drip because nothing else was available.

“If you come to the hospital, it is so empty,” he said sadly. 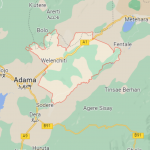 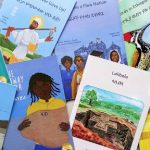