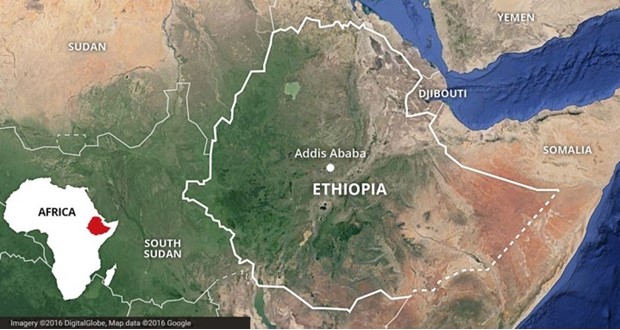 Using the structures and arrangements they created during and in the fight against the TPLF, the new oppressors keep terrorizing the Ethiopian people, particularly the Amharas. Their discourses freely expressed in social and mass media reveal zest for sheer domination, exclusion, dehumanization, torture, intimidation, execution, and persecution.

Ethiopia now faces colossal challenges of all sorts. The most threatening and incapacitating factor taking the entire country as a hostage is the aggressive emergence of new clones of oppressors, terminators and assassins who once considered themselves as among the oppressed majority. How or why are they terrorizing the entire nation?

Partly drawing on Paulo Freire’s famous Pedagogy of the Oppressed (1970) conception of humanity, oppression, empowerment, and social change, I reflect on the fundamental challenges Ethiopia is facing under PM Abiye’s tenure. The late Brazilian philosopher Freire received numerous awards for his works which influenced popular struggles for freedom in Latin America and worldwide. I believe that any struggle for freedom can benefit from Freire’s philosophy. My use of his conception in this piece is but limited to conceptions explaining the causes of oppression and social stagnation.

The target readers of my piece are the silent but highly educated Ethiopians at home and abroad, activists and commentators, the media (social and broadcast), opposition party leaders, civil society organizations, religious institutions, and Prosperity Party leadership which equates the government, its members and active supporters. Considering the size of the Ethiopian population, these are obviously the minority, but they have been and still defining what political trajectory Ethiopia takes. They do have the means and the capitals needed to trigger social change and can easily get the trust of the majority. That these sections of society seem to have differing and competing worldviews also further justify the need to target these readers for my piece.

The oppressed become the oppressor and the assassin

Due to the dehumanizing nature of oppressors, who are defined here as those who 1) do not freely think and act responsibly to actualize their dreams, and 2) limit or challenge by any means available the free will and action of others, the formerly oppressed (who were among the oppressed by the TPLF-led dictatorship) use equally dehumanizing strategies against the Ethiopian people to achieve their goals. The TPLF is known for using the intelligence facilities, the police, the military, public media, and other institutions to castrate every free move of the citizenry. They were the real oppressors or at least leaders of the oppressors until April 2018. Now, the TPLF and its entourage are technically gone. What is worrisome and shameful is that several of those who once fought for overcoming TPLF-induced and run oppression turn themselves into new breeds of oppressors and assassins.

Using the structures and arrangements they created during and in the fight against the TPLF, the new oppressors keep terrorizing the Ethiopian people, particularly the Amharas. Their discourses freely expressed in social and mass media reveal zest for sheer domination, exclusion, dehumanization, torture, intimidation, execution, and persecution. Their discourses and talks embody actions, hence the senseless killings we happen to witness across Ethiopia. Innocent Ethiopians are killed in cold blood and thousands are persecuted from their homes in Oromia and Benishangul. Surprisingly, hundreds are killed and persecuted even within the jurisdictions of the Amhara Regional State, Northern Shoa. Entire towns and villages were put under siege until the national army intervened. Candidates representing opposition political parties are also ruthlessly assassinated. Surprisingly, much of the massacre and chaos is orchestrated by groups claiming to represent the interest of Oromia, Dr Abiy’s political constituency. Both the federal government and the Amhara Regional State unequivocally indicate that the former military wing of the Oromo Liberation Front called OLF-Shene is behind all these unspeakable horrors. There are many who believe that OLF-Shene is an expression of a more complex project to put Oromia at the helm of politico-economic power in Ethiopia. Others believe that all extremist teachings and discourses of TPLF and OLF contributed to the emergence of these groups. Whatever the real cause is, the government measurably failed in executing its primary function- to ensure the safety and security of its citizens. Consequently, the credibility and legitimacy of PM Abiye and his government seems waning by the day.

For reasons ascribed to ethnic interests, these historically oppressed people turned themselves ruthless oppressors and assassins. They are systematically incapacitating state machinery and the popular struggle for genuine transition to democracy. Enjoying at times state ‘protection’ and the other opportunities the struggle bear so far, these new oppressors position themselves as formidable forces who claim fighting for “the causes of Oromia”. The new oppressors embrace sectarian and fanatic rhetoric. This qualifies them as the most formidable forces that can send tremors overnight and shake the entire landscape of Ethiopian politics. These new oppressors have tentacles that parallel and outsmart government structures and arrangements in Oromia. The new oppressors confuse the federal government and paralyze Oromia regional government bureaucracies. This gives sleepless nights to all peace-loving Ethiopians. Unfortunately, the assassins do not seem to effectively frustrate certain segments of the population in Oromia and elsewhere in Ethiopia- we do not yet see public condemnation of this massacres by the important and influential structures such as the elderly.

A not negligible part of the population seems identifying with the new (OLF-Shene) and the old (TPLF) oppressors. The oppressors boast to have active members and supporters at their disposal. Many play the role of bandas, covertly serving the interests of the oppressors and foreign adversaries. The recent massacres in the various parts of Ethiopia are testimonies to the existence of a populace base and support structure for the new oppressors. On top of that, a minority group from the former oppressors has special and often times political and economic interests and ties with the new oppressors and with foreign adversaries. The government has been repeatedly complaining that the assassins have the support and backing of many government officials working at several levels of the administration.  These groups are putting to the test the capacity of the government to protect the lives of the innocent.

It is known that people from the former oppressor side left their ranks and files and joined the new political climate under Dr Abiye. However, the converts shamelessly feel that they are capable and experienced, and hence they want to lead and dictate the new struggle as well. Abiy’s philosophy of Synergy seems to come to their rescue. That is why we see many of them are still assuming key public positions and easily mingling with Dr Abiy. More depressing is that converts may not trust the mass. In a way, converts may not be able to bring a profound change in their world views and actions which may pose a particular challenge to the struggle. That is partly why they appear indecisive, insecure, and actionless amidst mass killings and persecutions- all these in the end rests in shaming and blaming the prime minister. The government repeatedly told the people that many of its officials are working against the interest of the people and the government and promised to purge these wolves in sheep’s clothing. The converts are real menaces to the further progression of the change process in Ethiopia. They are in constant fear of being persecuted and prosecuted someday when the change matures and solidifies itself. They fear the future more than they fear government accountability now.

The oppressed (the majority) seem to lack the guts and of course the guns to openly and decisively challenge the new breed of oppressors and assassins. The majority fear that openly challenging assassins might trigger an outbreak of a protracted civil war. The oppressors (old and new) also fear real freedom and democracy, as they always consider that liberation is possible only at the expense of their safety and comfort. So, both the oppressed majority and the (old and new) oppressors minority fear to engage in meaningful deliberations that could result in the founding of genuine democratic governance in Ethiopia. They both fear the future, albeit the cause of fear is different for them.

Establishing peaceful, and democratic governance in Africa and Ethiopia is not an easy feat. History, power, ethnicity, language, religion and identity are invoked in creating political discourses. Taking all these complications into account, I would like to make some closing remarks. One, the government’s measures taken so far to protect its citizens appear sporadic and reactive. The government is surely outstretched now, its military and security forces trying to cover the large expanse of land from Badme to Metekel, from Kemissie to Wollega. Not forgetting the mounting pressure on the government from the West and elsewhere.

Two, the government and all other stakeholders including the media must confront the culture of oppression and assassination culturally- deal with the world views and consciousness of the oppressor.

Three, oppression embodies violence; the initiator of massacres, violence, terror, despotism, and hatred is the oppressor. If the oppressor is not willing to come to terms with peaceful struggle, the oppressed have that right of using any means available for self-defence. The government must restrict (e.g. house arrest, demotion, prosecution, purging) the movements of converts and others who appear to castrate the struggle.

Four, if the oppressor unequivocally admits the atrocities they caused and is willing to have genuine dialogue possibly leading to national consensus and reconciliation, the oppressed MUST participate genuinely.

Five, the goal of the struggle should be to liberate both the oppressor and the oppressed alike and MUST be constantly articulated and communicated to all sections of the society including to those linked to the oppressors.

Six, if the oppressors show measurable remorse, we can deliberately forget what they have been doing against us so far and focus more on the now and the future.

Seven, I call on all peace-loving Ethiopians to put aside their differences and focus on the most pressing, make-or-break situation in Ethiopia. We like it or not, there is an internationally and nationally recognized government in charge of everything in Ethiopia. We as citizens can assist the government in whatever it takes to effect positive change while simultaneously holding it accountable for all its failures including for the unacceptable massacre and persecution of innocent Ethiopians. The politics of zero-sum thinking should be considered the thing of the past, as it overlooks possibilities for mutually beneficial understandings, agreements and engagements that can sustainably benefit Ethiopia.

We shall be free!

This article is written based on my piece entitled Save Ethiopia by Saving the TPLF! Published on 20 December 2017. 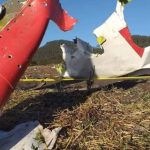