The Lewis links to an Ethiopian civil war
While attention is rightly focused on the horrors in Ukraine, we shouldn’t lose sight of the fact that conflicts exist elsewhere, with thousands losing their lives on a daily basis and where humanitarian abuses are just as ruthlessly deployed as in the war currently raging on the eastern edge of Europe.
By Murray MacLeod
Friday, 8th April 2022, 9:55 am

Last month a protest was held outside the Scottish Parliament to draw attention to the plight of the Tigrayan people in northern Ethiopia, a region which has been gripped in civil war and ethnic cleansing since November 2020, although we hear little of it and it has largely escaped the attention of our media.

Of course matters right now are, understandably, focussed on Ukraine, just a short hop and a skip on a flight for us, but that should not take away from devastation being suffered elsewhere.

While Africa may feel a long way aways, both culturally and in reality (compared to Ukraine at least) last month’s protest in Edinburgh brought the atrocities in Tigray right home to our doorstep here on Lewis – confirmation, if it were needed, of the global village that we inhabit.

One of the main organisers of the gathering was raised in London by island parents and having made Scotland her home for many years and, having married a Tigryan, is now trying to draw widespread attention to what’s happening back in her husband’s homeland.

Depressingly, it resonates all too loudly with the evils in Ukraine, on all sorts of levels.

Anna Gessessetold the Gazette: “The community of Tigrayans in Scotland is quite small, but we are working to try and bring attention to what’s going on. We weren’t expecting much from the protest in Edinburgh and it was very quiet with everything that’s going on. But we won’t stop. What’s going on in Tigray is terrible and there is a general lack of awareness.

“After failing to be able to get anyone to take notice of what was going on, I had given up – almost. However, over the past few weeks the situation has become so dire according to the few reports that are coming out of Tigray that I decided to start again.

“There are some who are actively trying to raise awareness, like Lord David Alton, Labour MP Helen Hayes and ex MP Sally Keeble along with Martin Plaut and a few other journalists on Twitter, and that has kind of kept me sane and given me inspiration to continue. And my husband, Tesfu, connects with Tigrayans worldwide to do whatever he can.”Tigray is a region in the very north of Ethiopia, on the border with Eritrea. It is mountainous with poor soil. The 6.5 million population is not considered ethnically different to the other regions of Ethiopia but they are fiercely independent and consist mostly of subsistence farmers.

The famous 1985 BBC news item about famine and starvation in the country, which shamed the world into action, was filmed in Tigray. It is thought that of the vast quantities of aid that poured into the country in the aftermath of that, very little, if any, made it to the region.

And now history seems to be repeating itself.

According to World Health Organisation in no other conflict has humanitarian aid been blocked deliberately like is now happening in Tigray. Even in Syria, Yemen and Kosovo humanitarian aid was always allowed in.

“Back in February Insulin ran out in Tigray,” said Anna. “There are 6,000 Type 1 Diabetics in the region of whom 2,500 are children. It was only due to pressure from the International Diabetic Federation, the British Medical Journal and an article in the Lancet – Global Health that the government was shamed into sending some drugs.”

How the conflict came about is a complex web of politics and power, as it always is. In summary, the Tigray People’s Liberation Front played an important role in Ethiopian government following the 1991 civil war right up until 2019, when they were squeezed out of the ruling administration.

The TPLF then retreated to their own region, where they ruled in a semi-autonomous fashion, much to the anger of the rest of the country, it seems. Then in 2020, armed conflict broke out.

Whatever the right and wrongs, what’s happening now and since is, just like in Ukraine, the ultimate manifestation of man’s inhumanity to man.The European Union’s special envoy to the country, the Finnish president Pekka Haavisto, declared that the Ethiopian government had stated they were “going to wipe out the Tigrayans for 100 years”. It is widely accepted that war crimes are widespread, including systemic rape.

Anna said: “There is evidence that the war had been planned for a number of years. Food was totally cut off to the region in October 2020 before the fighting started and it has been reported that prisoners were released from jail in Eritrea on October 30th to be sent to Tigray to fight.

“Drones have also been used and there are credible reports they have been supplied from Turkey, Iran and the UAE. Tigray had just a few months before elected its new regional government.”And within the fog of war, comes the disinformation battle.

“The Ethiopian PM blamed the Tigrayans for starting it,” said Anna. “He accused them of killing civilians and raiding an army depot and very soon after that cut all communications to the region.

“The damage was done and fuelled by Facebook and Twitter the ethnic hatred accelerated. Some of the Ethiopian Prime Minister’s advisers appeared on national TV talking about Tigrayans in a derogatory way. They were called ‘cockroaches, hyenas, weeds, Junta, terrorists’ and the most common phrase ‘woyene’ which means rebels.

“Tigrayans all over Ethiopia were targeted, some killed, many had their businesses closed down or lost their jobs and many thousands started to be detained in camps. There is a small community of Tigrayans in Scotland and many of them have family members detained back home for no other reason than their ethnicity.”Joining the demonstration in Edinburgh was Aster Chalmers from Upper Coll in Lewis, a Tigrayan native who met her husband, Alex, while working for a the Red Cross in Dijbouti. Aster has lost a nephew and brother-in-law in the conflict.

Alex said: “Aster travelled down to Edinburgh for the protest just to try and draw attention to it. We understand all too well why so much focus on Ukraine but what’s going on in Tigray has been going on since November 2020.

“We were actually over there shortly before the war broke out. We used to visit regularly and were there in 2020 but all the flights stopped because of Covid, so we were stranded. We came home the first chance we got and we were barely home when the war broke out. We nearly got caught up in it.

“Massacres have occurred, with reports of thousands of civilians being killed. Aster and I have been told that we would not recognise the place, with homes looted and all the shops emptied. Banks are closed, there is no electric-ity, no internet and hardly any means of communication. It also seems that famine is being used as a weapon of war, with farms being burned, animals killed and crops destroyed.”For Aster and Alex, Anna and the rest of the protesters with links to Tigray, their only hope and purpose is for the world to sit up and take notice, for the international authorities to intervene and help bring an end to the suffering of an entire people, most of whom are entirely innocent of the political power-brokering that sparked the conflict.

“We wish that the United Nations Security Council could take action to protect civilians which it should have done over a year ago when it had all the evidence of what was going on,” said Anna. “If there was more media attention, maybe that would put pressure on them to act. People can plainly see the double standards going on and it is so heart-breaking.

“The problem is Russia and China has repeatedly vetoed any action by the UNSC that could have saved Tigray from almost total destruction.” Geo-politics take precedent over human suffering once again.

Anna met her Tigrayan husband, Tesfu in 1985, when they were both working in a refugee camp along the border between Ethiopia and Sudan. He was working for the United Nations High Commissioner for Refugees and Anna as a midwife. They eventually settled in Edinburgh and had three children, all of whom went to Gaelic-medium.The horrors of which Anna speaks of in Tigray is in stark contrast to her fond memories of Lewis, which she used to visit regularly in her youth.

Her mother, Catriona Dhomhnaill a ‘ Gheamhraidh, is from Aird, Uig, and her father from South Galson, Murchadh Mhurdo Bringle. Her uncle Iain and auntie Seonag ran the post office in the village.

“My dad left Shader when he was 16 with another boy from the village and they got a train to Portsmouth to look for work,” said Anna. “They got a job straight away on a ship bound for South America and did’nt get back for six months. My father did 13 Artic convoys during the war and was on the Thames river police for a time.

“I would spent the long summer days of my school holidays in Aird and Galson. We would head back home with a pail of salt herring in the boot of the old Hilman Minx and a few weeks later the guga would arrive in the post, wrapped up in newspaper.

“I often think back to stories I heard about the people of Aird climbing up with ropes at Camus Gheodhan Duilisg in the 1840s after their homes had been destroyed in Carnish and reflect on the events of today.” 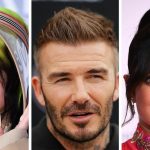 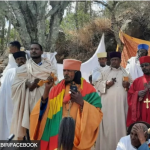