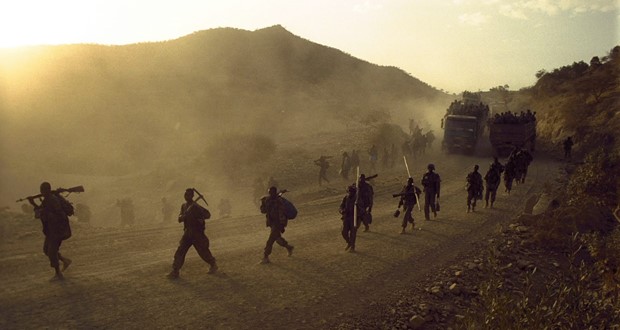 The current distressing situation unfolded last November. The Governor of Tigrai, a region in Ethiopia, organized a local militia and declared war on the Federal Army.

For four decades our country has been at war with itself. Ethiopians wake up with news of conflict, strife and bloodshed. Since the end of the Monarchy we have attempted twice before to form a harmonious society. This is our third attempt to bring peace and stability. As usual we are being tested on how far we can go to the edge of the cliff and survive to see another day. Most other country’s anxiety arises from what harm others can do to them whereas in our case the worry is what dastardly act we can do to each other. For a country that has survived multiple decades we can be considered very unstable. We seem to be cool and collected from outside but on the inside we are insecure, immoral and quite a coward. We haven’t always been like that. One to one we are very kind and generous but as a mob we are a nightmare.

The current distressing situation unfolded last November. The Governor of Tigrai, a region in Ethiopia, organized a local militia and declared war on the Federal Army. The major conflict took two months to degrade the offensive capability of the rag tag militia that called itself Tigrai Defense Force. Most of the militia leaders were either killed or captured with a few still hiding in the many caves and mountaintops. Today they are reduced to carrying out terrorist acts like killings, infrastructure sabotage, planting explosive devices and disinformation campaigns on social media and you tube. TPLF is the name of the renegade group that tormented Ethiopia for two decades. Three years ago they lost power in an internal struggle of the ruling group.

Moving their operations to Makele where they set up shop was not a big effort. The Chairman of TPLF took over the governorship of the Kilil. (State) In plain sight they started preparations to build their forces to retake power. They were not shy about it. The option of leaving the Federal Union was discussed openly. Hundreds of thousands young people were shown training for battle. The drums of war were heard throughout our nation. With their state of the art communication and media built with stolen money from Ethiopia they were able to project an image bigger than life. The government and people of Ethiopia sent emissaries to plead with the warlords for peace. They were laughed at. Woyane convinced the suckers in the west and themselves that they are big, strong and in charge. For anyone looking from the outside Ethiopia was in trouble. That’s nothing new but this one looked very ominous.

There is an invisible hand protecting Ethiopia. The force that plotted for over twenty years to make our country disappear was found to be a paper tiger. It is still not easy to grasp the fact that Woyane just evaporated but that is what happened. Nothing really totally disappears, there is always a toxic waste trail left behind. That is what is causing us headaches. There are a few organized to undermine our efforts to build the new Ethiopia. The main one is Digital Woyane that has moved its operations outside. It is a highly capitalized outfit staffed by experienced propagandists. The military wing probably runs the OPDO/OLF foot soldiers operating inside the country while former diplomats and exiles run the international front. They are a challenge.

The second foe we have to deal with is the Western media that reflects their respective governments wish to put our country on a leash. Sitting in London, New York and Nairobi they are good at weaving tales of the natives fighting it out in untamed and dark Africa. Here is a quote from a story on Washington Post by Declan Walsh reporting from Nairobi “This is ethnic cleansing,” she said. “Soldiers are targeting Tigrayan women to stop them giving birth to more Tigrayans.”  Seriously, this is what we have to deal with. You insult us all Mr. Walsh. The New York Times, The Washington Post, BBC, VOA, Al Jazeera, are full of headlines with our country depicted in a negative manner. Why they all become hysterical when it comes to our country is not clear. Saudi Arabia is turning Yemen into a parking lot, Myanmar junta is on a rampage, the Taliban are outside Kabul, Syria is occupied by Turks, Russians, US, Europe, Iranians even Hezbollah of Lebanon in the Bekaa Valley and they want to kick Ethiopia around like a beach ball. Please notice when they carpet bomb a whole village it is never described as genocide or ethnic cleansing. Those terms are reserved for Africans. It devalues the terrible things that happened in Treblinka and Dachau, Rwanda and Bosnia. Words shouldn’t be weaponized like this to describe a simple family tiff.

The third group that is undermining our country without realizing it is the Ethiopian Diaspora marching around the globe. Inadvertently we are helping the Woyane cause. We are confirming to the world that our country is in turmoil and we need outside help. Woyane is screaming ethnic cleansing and genocide to involve outsiders in our affairs. The last time outsiders sat as impartial negotiators we were screwed. Herman Cohen anointed Woyane and we paid a heavy price. That is what Woyane is hoping for today. That is the reason they are carrying out world-class theatre on the covid deserted streets of the west. They want the decision makers to believe the war is still going on and they are not finished yet. They are giving their lobbyists proof Ethiopia is on the verge.

The problem arises when our well to mean brethren think it is a good idea to join the play and confirm to the world our country to be in turmoil. The marches being held outside to protest inter ethnic conflict inside Ethiopia instigated by the defeated Woyane is muddying the waters. It has not been made clear why we are telling the west about our problem and what we expect them to do about it. During the dark days of Woyane we went out marching because the West was sponsoring and enabling the mafia regime and we wanted them to stop. There is nothing outsiders can do to stop us from killing each other. That is what is called an internal problem. Only Ethiopians can come to their senses and do something about it. I suggest we talk to our friends and family.

There are a few issues confronting us in our attempt to build a new and prosperous Ethiopia. The ethnic apartheid system obviously is a failed experiment. It has to be dismantled. It is the main cause of all our problems. It is the garden where all the hate and hostility is cultivated, fertilized and brought to the market. TPLF started its long shameful journey as hate for the Amhara as a foundation. Tigrai was ground zero to test their repugnant philosophy. They infected us all with this virus. We are well aware that they are masters of intrigue and deception no one thought they were this sick. Their last reckless act before departing defines the mafia group. They were able to lure Eritrea to enter the fray.

When their surprise attack on our military guarding the border fizzled out internationalizing the conflict was the only option left. They forced our soldiers to flee across the border. The Eritreans did not react as intended. The Ethiopian soldiers were not fired upon but welcomed with open arms. No one could see what came next. The warlords fired rockets at Asmara and Bahir Dar. They were ineffective but no one was sure how many of those projectiles they had and if they were really capable of aiming it where they wanted it to go. The Eritreans were at last convinced the situation had reached a dangerous level. Woyanes miscalculation ushered Ethiopian/Eritrean pact. What they broke two decades ago they were able to repair and we thank them. It is simple Newtonian physics ‘For every action, there is an equal and opposite reaction’ Woyane has to learn that the hard way.

No one in Ethiopia considers Eritrean or any foreign troop on their land to be an acceptable situation. The mutiny and the danger it presented to the nation precipitated in Eritrea crossing the border. No one that knows Ethiopian history will think anything good will come out of this. It is only twenty years ago that over a hundred thousand lives were lost from both sides during the last conflict. Reports show the Eritrean soldiers behaved in an arrogant and occupying army fashion. Plenty of our people were exposed to danger and lives were lost, property was destroyed and villagers were displaced. The Ethiopian Army that has lost its advanced hardware stored by the border and was attacked on many fronts by the rogue group was not in any position to defend our civilians. The TPLF police and civilian authorities abandoned their post leaving the population at the mercy of criminals they released from the jails and the foreign army let loose without command and direction. Our civilian population was traumatized. We should feel their pain.

What we need today are brave Ethiopians to stand up and push back against hate, division and violence. This Ethiopian is needed today more than ever. The truth is that there are more Ethiopians that are not comfortable with the philosophy of hate and exclusiveness than those that peddle fear and division. Our sick cousins are a minority. Unfortunately sometimes silence is mistaken for acquiescence and the evil ones build on that. This is exactly the time for brave Ethiopians to stand up against the few among us that want to divide us, set us up against each other and condemn our family into a life of darkness. Standing up for a bright future shouldn’t be such a taxing thing to do but let us face it in Ethiopia it is frowned upon. Fear is our worst enemy. We conquer fear by standing up for the truth and what is right for all instead of oneself or my group. Fear is what kept Woyane in power for two decades. Don’t tell me you are still afraid, are you?  Contemplate the words of  MLK who said “in the end we will remember not the words of our enemies, but the silence of our friends.”  Silence is not always golden. 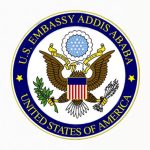