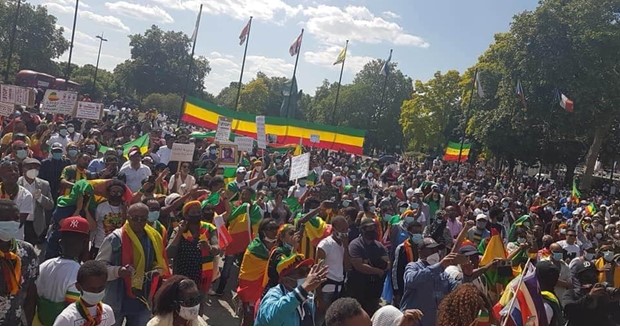 The simple fact is TPLF has a lot to hide. It does not have the moral high ground to even talk about human rights abuse. Some know the criminality of TPLF, and others may not know this; regardless, the western media organizations have participated in pushing TPLF’s falsehood stories.

It is no coincidence that the diaspora community is finding itself pushing for peace, security, and growth agendas to help Ethiopia more than any time before.

The diaspora community in America has a long span of experience from King Haile Selassie‘s time through now. In these six decades, people from all corners of Ethiopia have come here and thrived as a community. In the process, many in the diaspora acquired experiences in various fields. Most have successfully assimilated into the American culture and way of doing business. America is the only place their children know. It is home to many of these first-generation Ethiopian Americans.

There are many people with experiences in academia working as professors and researchers. People are working in governmental bureaucracies. They are business leaders and executives in many organizations—engineers in Silicon Valley companies playing vital roles in shaping the 21st century. Health care professionals who are working as doctors’ pharmacists’ and nurses.

Many others work in various industries as business owners, journalists, religious leaders, and many more.

Currently, it is being unleashed in the form of grassroots organizations through zoom call conferences.

For this to take place, several factors contributed. A gradual change of the political landscape for the better. The political suicide and crimes committed by the mafia-type organization that calls itself TPLF. Furthermore, the blatant lies by its Digital Weyane wing trying to resurrect TPLF from the dead using false and exaggerated propaganda to spoil Ethiopia’s progress in the last three years.

In the process, this crisis may have opened an opportunity for many in the diaspora community that has already done their share and nearing retirement age to pass the torch to the new generation to help Ethiopia grow and become a strong and self-sufficient democratic country.

In all, the diaspora community is feeling the threat from extremist groups in Ethiopia, and as well as in America, one might say the diaspora felt cornered from all angles. In recent years, the increased level of immigrant-bashing from far-right extremist groups and elected officials in the USA has made many people uncomfortable and question their future in a politically polarized America. A country they called home-away-from-home for many years.

A combination of all these things made many in the community (the so-called silent majority) stand up and say enough is enough, not in my watch, not this time, thirty years of brutality is enough; therefore, I must do something about this.

By and large, people are encouraged that progress has been made in the last three years. The days of intimidating activists in Ethiopian politics have subsided. For the most part, this is because the current administration is not engaged in gross human rights abuses.

Ethiopia is still witnessing of-a-lot gruesome killings committed by splintered and ethnically allied armed groups; therefore, it is far from perfect. However, since Prime minister Abiy came to power, more and more opposing views and ideas are being tolerated in Ethiopia’s political spaces.

TPLF, in its last throes as a criminal entity, tried to confuse the world through western media and succeeded to some extent. Lying about what happened in Tigray is the only option left for it to try. The fact that the Ethiopian government is behind in explaining the truth to the world made it a lot easier for the well-entrenched paid TPLF propagandists to spread lies and has everyone that wants to believe them convinced in no time at all.

For the time being, this may end up costing the image of Abiy’s administration. These false narratives that are being pushed in the media about Ethiopia’s Tigray region have encouraged many well-intentioned Ethiopians from all walks of life to participate in the current grassroots movement to help Ethiopia’s peace, security, and economic growth plan.

Because the diaspora community knows the true colors of TPLF and its iron-fisted rule throughout the 27 years, it did not take long for the community to understand that TPLF cadres are using the usual tricks to push their fake news.

So, the silent majority knows it has a responsibility to let the world know that TPLF is a criminal organization and lies about the crimes and the gross human rights abuses it commits all the time. Just like they always do, they also lied about the current war and crimes they have committed to the Ethiopian soldiers while they were asleep in their barracks. In Mai Kadra, they slaughtered more than one thousand civilians when they realized they lost the war.

The simple fact is TPLF has a lot to hide. It does not have the moral high ground to even talk about human rights abuse. Some know the criminality of TPLF, and others may not know this; regardless, the western media organizations have participated in pushing TPLF’s falsehood stories. This irresponsible reporting has and will cost many lives in the country and the Horn of Africa region.

Enraged by this, the silent majority in the diaspora community began to organize and empower itself to tell its side of the story and to fight back the false narratives laid out by TPLF and its hired western propagandists. In the process, the movement is finding its rightful place in American politics. Politicians in both parties, Democrats, and Republicans, are noticing this and calculating the community’s potential and its influence in future elections in the USA.

For the Ethiopian diaspora, this revitalized and more significant movement opens excellent possibilities. This time it may not be entirely American elected officials that are going to influence who will be in power in Ethiopia. Rather the Ethiopian diaspora community may affect who has the majority power in the USA senate. However, this will remain to be seen.

Empowered by this opportunity to make a difference, the diaspora community rolled up its sleeves. And it started to work and expose the lies being told in the western media by TPLF propagandists. Slowly, the truth about TPLF and its crimes is coming out, and it will be told to the world; they must be held accountable.

All this lobbying and crying foul by the TPLF and its supporters may not be their ultimate goal. Rather, it is to create a distraction and make it difficult so that the criminals and the billions of dollars they have looted from Ethiopia are not returning to its rightful place, Ethiopia.

This new movement in the diaspora community could have the potential to become a positive influence in shaping up pro-Ethiopian and pro-immigrant policies and make public office holders in Ethiopia and America accountable.

Whether the diaspora community continues to feel the pressure from extremists, in the future, the movement is better off to engage and tell its story and align with local progressive trends and immigrants from other countries and work together to defend people’s rights. As we have learned the hard way, coming together, and forming alliances and share experiences between sister organizations are crucial. 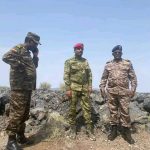 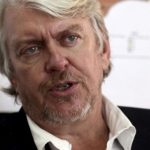