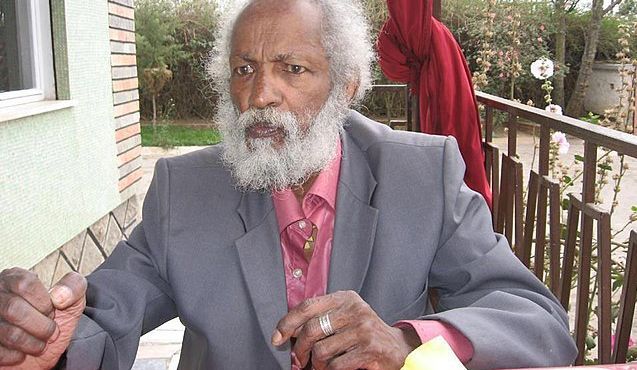 During the republication of Sibhat Gebre-egzabher’s uncensored edition of the book Letum Aynegalign (I would never see the dawn) incited controversy among those who dub it “decadent” and a “masterpiece”.

The uncensored version of the book is different from the former censored edition in its blunt use of language describing love-making and genital organs. It delineates the life of the youth in the then Wube Bereha, a district of bars and prostitutes.

Sebhat’s depiction of sexual matters as they are actually said without any modification in his writings happened to attract attention from many, as such matters are discussed in a humble and delicate manner in Ethiopian culture.

In his biography, “Mastawesha“, written by Zenebe Wola, he explains that he loves to face life as it is. “Life with its pimple.” He believes and so reflects on the uncensored version of life. But this attitude of him happens to be strange and taboo in an Ethiopia society. This is evident in the rebuke his literary style faced so often from many.

As an instrument to convey his attitude through, the characters in his writings are employed. So often his characters are portrayed as persons in the painful ordeal of life living in a slum. Such a world and persons that are left behind the curtain as immoral, vulgar and unworthy of attention are revealed in Sebhat’s writings.

Mostly a literary diversion in the writings of Ethiopian authors is attributed to the their exposure to the works of western literature. And some literary scholars attribute the style Sebhat adopted in the Amharic literature to French writers he had been a big fan of during his stay in France such as the naturalist writers like Zola, Rabelais and especially Albert Camus.

As explained above, Sebhat’s literary characters mostly  belong to the lower social class for whom the burden of life is so heavy and whose life is expressed in a natural and straightforward manner.

These characters thus possess and reflect the type of mentality, language and living style typical of a lower class of society. Sebhat’s close veteran friend, Solomon Deressa, says, “He has successfully managed to make perversity rub shoulders with sanctity and find explosive humor in the quiet shortcomings of the national character.”

Albert Camus, the prominent French writer, wrote his famous essay, “The myth of Sisyphus” during the tumultous shambles of WWII. The main character of the essay, Sisyphus, was condemned by the Greek gods for being rebellious and his desire to outwit the gods.

He was condemned to role a rock up to the top of the mountain, watch it role back down again, and then push it back up again. Camus believed that the essence of man was irrational and life is nonessential, but one should face life with a sort of courageous humanism.

In the essay, Camus focusses most on the moment of time when Sisyphus is coming down the mountain. He describes Sisyphus as being in a conscious and vivid state. It is during this time of consciousness that Sisyphus begins to formulate drastic conclusions about his fate. During his descent, he decides he, and only he, can control his own destiny.

He decides that his fate will lie within his own hands and therefore he, and only he, will decide whether or not he will allow this condemnation to render him powerless or powerful. Sisyphus decided not to be miserable at all and makes a conscious decision to understand that his nature lead to his actions and his actions to his punishment but even still all is OK within him.

Camus analogizes Sisyphus’ condition with the man of today. He says, “The workman of today works every day of his life at the same task and his fate is no less absurd.”

Camu’s writings and philosophical essays are dominated by the idea of the absurd that is evident is Sisyhpus’ action. The absurd man is one who raises against the indefinable and irrational universe. Sisyphus is an absurd man. Camus explains the absurd with a quotation from Pindar “O, my soul, do not aspire to immortal life, but exhaust the limits of the possible.”

In a similar manner, Sebhat’s characters possess the characters and personalities of Sisyphus that are living in a wretched condition in a revolt  against the condition in which they are doomed to live. In the preface Sibhat wrote on his controversial book Letum Aynegalign, he stated, “…Because the book is an authentic reportage of human ordeal, it pleases most of the readers.”

The characters, especially in his short stores like Besufkad of “Five… six… seven” and Adam of “Adam and Eve”, could be noted as being typical models of Sisyphus.

It could be boldly asserted that Sibhat’s short stories are written in an objective style. The theme of the writings is just a mere reflection of the abject wretched or painful condition the characters are in and on the mystery of life objectively. From his short stories written in such a style “five… six… seven,” is the most notable one.

These short stories published in the 80s are considered “masterpieces” and estabilished him as a writer of an immense stature. The stories were even rewritten in English by Windey Kindred. But the publication of his novel Tikusat happened to invoke resentment in some conservative readers.

Sibhat’s novels were published long after the time they are written. It is their sexual frankness, unlike the conservative Ethiopian culture which holds that sexual matters must be repressed, that held the books from publication.

Some close friends of him like Demissie Tsige have tried to censor the books such as Tikusat (fever) and made them acceptable for publication. But the censorship couldn’t save the books and the author from criticism.

There are literature scholars that attribute the style of the books and their frank sexual depiction to the naturalism literary style of Emile Zola, for whose works Sibhat had close exposure while he was in France.

In his naturalistic writings, Zola himself argued that his special contribution to the art of fiction was the application to the creation of characters and plot of the scientific method. The new “scientific novel” would be created by placing characters with known inherited characteristics into a carefully defined environment and observing the resulting behaviour.

“Zola further tends to create his principal characters as representative types rather than striking individuals. He also places great emphasis on people acting in groups, and is one of the few great writers of mob scenes. Humanity in the mass is one of his chief subjects, and his individuals are selected to illustrate aspects of society,” remarks the Online Journal of Literary Criticism.

Wondwossen Adane, a literature professional who made an analysis on the uncensored version of Letum Ayinegalign explains that the characters in the novel are frail and disabled that arrouse one’s sympathy and at the same time anger.

“What we understand directly (not implicitly) from the novel’s presentation is that they are adulterers who gathered in an escape from their loneliness and so are labourers in search of their daily bread,” says Wondwosen.

Moreover, perhaps it’s Zola’s depiction of sexual functions as they are which is also reflected in Sibhat’s works. Because of this frankness, his works were often banned, regarded as a little more than pornography.

Sibhat’s works, Tikusat (fever), Sebategnaw Melak (The seventh angel) and Letum Ayinegalign were marked as breaking with existing Ethiopian literary forms and achieved him his repution for his graphic dipiction of sex though.

This article was first written 13 years ago and is republished with the author’s permission with the supposition of its relevance to today’s audience. 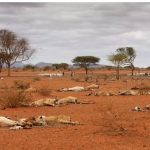 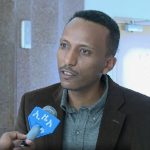