And the never ending sad lot of the hard pressed city dwellers, you might add as well.
The drawing of the lot to determine the lucky winners of the Condominium blocks made available by the City Administration should have been a glorious event and occasion to celebrate. Instead it came to pass as one more sad betrayal of the ever indulging public by the corrupt bureaucracy of the incumbent. It will ever bug us on no end why the lot of the hard pressed city poor is thus compounded by the inefficiency of the authorities and the avarice of the well to do.
The Housing Development program was by all accounts one of the few a noble endeavors the previous administration has undertaken. A considerable number of hard core detractors of EPRDF try to belittle its significance attributing the effort to ‘buying’ the vote of the widely estranged city dwellers in the prelude to the landmark May 2005 election, something that never ceases to amaze me. That is what political organizations try to do- try to win the vote of their respective constituencies. On this one I have nothing to blame the authorities for except laud their effort and to flash a thumb up for eventually, albeit grudgingly, acknowledge the power of the people.
The Legal Framework
The Condo housing development program wasn’t just a paragraph in the declaration of the political manifesto of EPRDF. It had long become a government endeavor with definitive legislative foundation. A legal framework was put in place by the City Administration through regulations, among others

We will wait and see.
God Bless. 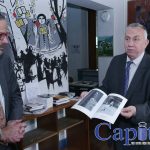