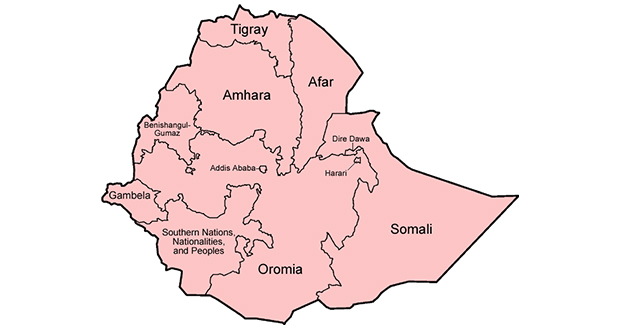 The dignity of human life is beyond ethnic or religious or class affiliation. It is also beyond geopolitical rivalry. This is not what we are witnessing in Ethiopia, the rest of Africa or the Middle East.

The scheme to Balkanize Ethiopia

Tens of millions of Ethiopians within and outside the country are aghast and dumbfounded by the intensity and breadth of Western support to the avowed Marxist-Leninist, anti-democratic, ethno-nationalist, anti-Ethiopian, traitorous and corrupt Tigray People’s Liberation Front (TPLF). I shall provide four hideous examples to illustrate the barbaric, degenerate, and inhumane nature of the TPLF.

It is appalling to me that Western democracies, UN specialized agencies some in the international media such as AFP, CNN and the Voice of America subscribe to and echo unsubstantiated information as truth.

One would think then these anti-democratic attributes that are incompatible with the values of Western democracies would compel international actors, especially specialized UN agencies to reject the TPLF; and to disavow all its disinformation campaigns against Ethiopia.  Instead, they embraced lies.

This anomaly leads me to the inescapable conclusion that Western democracies embrace misinformation by choice. They prefer to see a Balkanized, weak, ethnically polarized, poor, and aid-dependent Ethiopia.

Why else would they continue to support a terrorist group? Why else would they give more weight to killings in Tigray, for example, the “Aksum massacre,” while setting aside or ignoring targeted ethnic cleansing and genocide in Mai Kadra, in Western Wellega/Oromia and in Metekel, Beni-Shangul Gumuz?

My answer is not at all.

The dignity of human life is beyond ethnic or religious or class affiliation. It is also beyond geopolitical rivalry. This is not what we are witnessing in Ethiopia, the rest of Africa or the Middle East.

The deliberate ethnicization of politics in Ethiopia engineered and championed by the TPLF is the single most important contributor to the degradation of Ethiopians’ common humanity, human life and worth in Ethiopia. External actors exploit ethnic polarization to meet their geopolitical goals. UN specialized agencies and the international media are not the exception.

Deaf ears and closed eyes become standard practices for a reason. If you want to weaken or Balkanize any country, the best strategy is to accentuate human tragedy on the ground and use all the tools available to support your strategic objective, namely, differentiated treatment by tribe. Disinformation and or misinformation is a tool. It is a means in supporting an end goal. Whoever controls the megaphone in the international arena is heard. Therefore, Mai Kadra is forgotten, and Aksum is accentuated and elevated.

The void that I see

The Government of Ethiopia has literally failed in the public relations and diplomatic arena. Damage inflicted on Ethiopia by the TPLF, OLF-Shine, global lobbyists and media misinformation and fake narratives is massive. Some even go further and opine that irreparable damage has been inflicted.

How do you fill this huge gap?

Ethiopia’s top Government officials must take the lead by interfacing directly with top officials in key countries: the USA, France, Germany, the United Kingdom, China, Russia, India, Israel, Japan, Turkey; as well as leaders in key African nations. Mutual trust and confidence in defense of Ethiopia’s case and the truth cannot be achieved through any other means but direct engagement. A relentless effort is needed. Most important, Ethiopians must unite as never before and save Ethiopia from Balkanization.

I am encouraged that President Biden has delegated Senator Coons, member of the Senate Foreign Relations Committee to interface with Ethiopian Government officials in person. I am also delighted to learn that the Biden Administration respects Ethiopia’s sovereignty; and has signaled that the stalled tripartite negotiations on the GERD must continue under the auspices of the African Union. This development foretells that a window of opportunity exists to contain the damage from misinformation.

I say this because, the U.S. Department of State is biased in favor of the TPLF.

Movers and shakers in key countries must be convinced that Ethiopia’s national interests, their own strategic goals, the pursuit of peace and stability in Africa are all compatible and in synch. A unified, peaceful, stable, all-inclusive, democratic, and fast-growing Ethiopia is essential for the Horn and the rest of Sub-Saharan Africa. Evidence over the past 46 years shows that the TPLF is inimical to these goals. The TPLF is a corrupt, cruel, anti-democratic, anti-Ethiopian and Mafia like entity.

Given the vacuum in representing Ethiopia’s case in a persuasive manner, Ethiopia’s Diaspora is playing a critical role in defending Ethiopia’s national interests. However, the Diaspora is a civic body. It cannot be a substitute to Ethiopian Federal Government leadership. It can lodge complaints for the record. But it cannot, for example, present Ethiopia’s case to the UN Security Council.

Who stands for Ethiopia?

I shall illustrate failure in public diplomacy, lack of direct official engagement, and public relations by assessing the genesis and misrepresentation of the “Aksum massacre” and the damage the international community has caused albeit briefly.

Regardless of the contested nature of the issue, the war in Tigray has caused massive human tragedy whose images will haunt Ethiopia and Ethiopians for generations to come. Restoring mutual trust and confidence among Ethiopia’s diverse population will take decades. Rebuilding infrastructure in Tigray and other locations affected by the war; and giving young people a sense of hope will require inclusive leadership at home and international partnership. Most important, it will demand a dramatic change in our paradigm of thinking.

What really occurred in Aksum?

The lead question I shall pose in this commentary is this. If the perpetrators of this massacre are “unsubstantiated,” why did the international community, including the Chief of the highly esteemed UN specialized agency, OHCHR, Michelle Bachelete, global media such as CNN and AP, human rights organizations such as Amnesty International and opinion makers such as Martin Plaut fail to do due diligence and make the sweeping and harmful conclusion that Eritrean Defense Forces are the “perpetrators”?

Why did these organs of Western democracies ignore the adverse consequences of the release by the TPLF of 10,000 “criminals” from jail before the massacre took place? Why did they fail to give similar attention and express a sense of outrage concerning the wholesale massacre in Mai Kadra and numerous other Mai Kadra like slaughters in Western Wellega, Oromia and in Metekel, Beni-Shangul?

There is one unassailable fact that is missing in the global outrage on the war and the humanitarian crisis that ensued. For close to half a century, the bulk of it under TPLF harsh rule, Ethiopian society was riddled with horrendous crimes against humanity underwritten by the TPLF and their proxies. Most of these heinous crimes were never reported by either the domestic or the international press. Mass graves are common in Wolkait, Tegede, Telemt, Raya and in Tigray. Why is this fact set aside?

Unless the scheme is to Balkanize Ethiopia, the international community must be prepared for unparalleled shocks that will reveal the depth and breadth of mass murders and graves all perpetrated by the TPLF.

The untold crimes of the TPLF

When the TPLF was topped from power through popular resistance, it garrisoned itself in Mekele. It rejected all efforts for peaceful resolution. It committed treason against Ethiopia. It preidentified and murdered non-Tigrean military officers and soldiers. It launched an all-out war. It slaughtered innocent civilians in Mai Kadra. It sponsored more than 100 ethnicity and religious based conflicts in numerous parts of Ethiopia. It destroyed physical economic and social infrastructure in Tigray. It bombed civilian airports in Eritrea and in the Amhara region with rockets,

This is the organization that Western democracies and specialized UN agencies (in short, the international community) embraced. They are failing Ethiopia by supporting terrorism.

The existence of the TPLF poses an immense danger not only for Ethiopia, but also for the entire Horn of Africa. The TPLF and its ideology are antithetical for the peaceful existence, wellbeing, and security of Tigrean-Ethiopians. Tigray as a region and Tigrean-Ethiopians are part and parcel of Ethiopia; and must be supported and encouraged to remain so. It is ethically wrong to treat Tigray as an “independent state.”

The international community must acknowledge the incontestable fact that dishonesty, misinformation and lies are in the genetic make-up of TPLF. Tigrean-Ethiopians have a moral and ethical responsibility to disavow the TPLF narrative in its entirety.

The international community must entertain the notion that the self-serving, cunning, and greedy nature of the TPLF did not just come out of the blue.

I remind the international community the fact that as a guerrilla fighting force in the 1970s, the TPLF literally diverted an estimated one billion dollars in foreign humanitarian assistance to its party coffers. This was at a time when Tigreans were dying from famine and starvation. Documentary evidence shows that the TPLF sold edible oil and other consumables to Sudanese merchants and captured the proceeds for private gain.

In conclusion, international humanitarian agencies must show deep concern that the same diversion of aid resources can happen again.

I leave you with a cautionary note that the next move by the TPLF, its core supporters and other vested interests might be to weaponize the humanitarian crisis in Tigray; and degrade aid effectiveness.

The Aksum massacre which I shall discuss in part II of this series deserves attention. However, this human tragedy must be treated as part and parcel of other human tragedies, war crimes, crimes against humanity and genocide in other parts of Ethiopia.

Please watch the below videos for reference

https://youtu.be/_r_WlQU_69U (documentary on the TPLF)

https://youtu.be/YlShjPMDOuU (US Department of State) 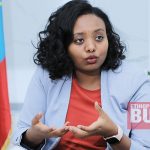 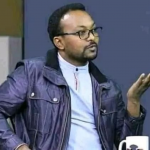