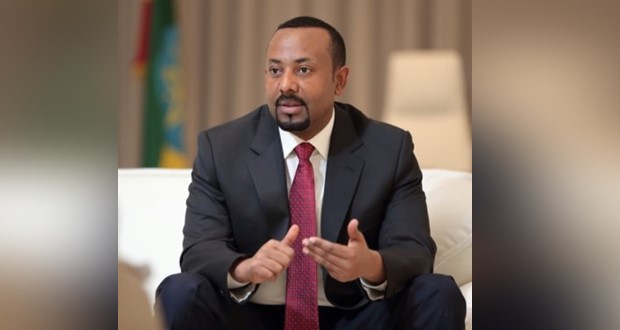 “The existence of Ethiopia is our pride and honor. Do not expect an Ethiopian that will trade on Ethiopia’s existence.” Abiy Ahmed

Today, we proudly celebrate the third anniversary of your appointment to the prime ministership of Ethiopia.

On December 26, 2018, BBC wrote, “Abiy Ahmed has been doing the seemingly impossible ever since he unexpectedly became prime minister of Ethiopia in April.” He has done the “equivalent of making the sun rise from the west.”

Indeed, over the past three years, you have been doing the impossible and succeeding despite great obstacles.

In April 2018 when you became prime minister, Ethiopia was an ethnic apartheid state ruled by the Tigray People’s Liberation Front junta.

In April 2021, the TPLF junta has vanished like the morning dew and Ethiopia is free. The junta’s ethnic apartheid state is in shambles despite the relentless efforts of the ragtag and riffraff disciples of the TPLF Princes of Darkness.

In April 2018, despair triumphed over hope in Ethiopia. The doomsayers declared, “It is all over for Ethiopia!”

In April 2021, hope triumphed over despair in Ethiopia. We can all now say, “Ethiopia’s best days are within sight and they are here to stay.”

It has been an amazing three years.

In April 2021, we finally see darkness and the Princes of Darkness disappear before the sunlight of a brand new day.

To paraphrase Shakespeare, in April 2021, we see the end of

the long hard winter of our discontent
Made glorious summer by this sun (son) of Ethiopia
And all the clouds that lour’d upon our Ethiopia house
In the deep bosom of the ocean buried.

Have you made the “sun rise from the West” in Ethiopia as BBC claimed?

Should you be faulted for not walking on water as your critics have argued?

Over the past three years, you have been driving out the Forces of Darkness and the darkness of hate from the land of Ethiopia.

You have also tried mightily to bring back the Forces of Darkness from the Darkside to the Light Side with patience, humility, love, brotherhood and in the spirit of Medemer.

They refused your olive branch foolishly, arrogantly and maliciously;  and now they are eternally consigned to the Kingdom of Darkness.

You have succeeded beyond our wildest expectations!

It has been said, “Gratitude makes sense of our past, brings peace for today, and creates a vision for tomorrow.”

So, I thank you PM Abiy for ending our 27-year long captivity and long day’s journey into the dark night of apartheid.

Thank you for showing courage under fire, literally, telling the Forces of Darkness who raised their swords and grenades and told you are not strong enough to weather their storm that you are the storm.

Thank you for resurrecting ETHIOPIAWINET from the burial crypt of ethnic apartheid.

Thank you for preaching, Ethiopiawinet. “When we are alive, we are Ethiopians. When we die (and turn to dust) we become the land that is Ethiopia.”

Thank you for elevating the status of women in Ethiopia in the halls of power. There are more women at the highest levels of government in Ethiopia than any Western country. Ethiopia had a woman president before America had a woman vice president. Elevating women from second class status to the epicenter of power.

Thank you for standing your ground that the only path for our future is forgiveness, love and reconciliation.

Thank you for sowing love and harvesting peace with our neighbors and brothers and sisters: “Forgiveness frees the consciousness. When we say we have reconciled, we mean we have chosen a path of forgiveness and love. When I spoke with Isaias, I told him that there may not be enough hotels as Ethiopians visit Massawa and Asmara. He said he would leave his house for them and stay in balconies.”

Thank you for making us feel, Diaspora Ethiopians, proud to be Ethiopians. For 27 years, we were told Ethiopiawinet is a crime, a badge of blame and shame.

Thank you for bringing change by changing the hearts and minds of Ethiopians.

Thank you for endless efforts to liberate our minds from the mental slavery of ethnic politics.

Thank you for teaching us power does not come from the barrel of the gun but the power of love.

Thank you for showing us that it is only through the collective efforts of Ethiopians working together (Medemer) that we  can build the New Ethiopia as the shining city upon a hill.

Thank you for teaching us killing to remain in or to grab power is the politics of losers.

Thank you for preaching we cannot make progress unless we learn and practice to forgive and reconcile.

Thank you for preaching  the only way we can solve our problems peacefully is through civilized dialogue, not through the chatter of AK-47s.

Thank you for preaching Ethiopia will rise up as a nation only when the power of love overcomes the love of power of those in power and those hungry and thirsty for power.

Thank you for letting the world know that Ethiopia’s honor, dignity and sovereignty are nonnegotiable. No one will boss around Ethiopia or bark out orders.

Thank you for making crystal clear that the junkyards dogs at home and outside may continue to bark, but the camel will walk and walk and walk to reach the City Upon the Hill.

Thank you for showing us a new way to do our politics, Medemer.

Most of all, PM Abiy thank you for…

Busting wide open the political space that had been the playground of the masters of ethnic apartheid for the past 27 years.

Agreeing to work with international organizations to investigate human rights abuses and to prosecute suspects to the fullest extent of the law.

Guaranteeing with unwavering certainty that in May 2021 Ethiopia will have an internationally-monitored free and fair election.

Allowing opposition leaders to return home from abroad and freely and peacefully participate in their country’s politics.

Restoring the people’s constitutional rights to free expression and allowing the media to function freely.

Ensuring the independence of the judiciary.

Professionalizing the country’s defense, police and security forces to be in the service of the whole nation, instead of a single group.

Bringing a new era of peace with Ethiopia’s neighbors and helping to create a spirit of brotherhood and sisterhood between Ethiopians and Eritreans.

Being a messenger of peace in the Horn of Africa.

Undertaking cooperative regional efforts to make sure the Horn of Africa does not become a battleground in global and regional geopolitics by leading peace initiatives.

Working to privatize certain state-run institutions and liberalizing the economy with the aim of improving services through market competition.

Creating Prosperity Party as a national political party on the grave of the TPLF’s ethnic party.

Encouraging Ethiopia’s Cheetahs (young people) to believe in themselves and in the higher destiny of Ethiopia.

The road ahead… and my prophesy for Ethiopia’s enemies

PM Abiy, there will be great challenges and opportunities in 2021 and beyond.

Our enemies have surrounded us from all sides, from within and without.

There are remnants of the Forces of Darkness in Ethiopia who will continue to devise their evil schemes to create instability and strife.

There are Forces of Darkness from outside plotting to destabilize Ethiopia, thwart a peaceful election, restore the TPLF to power and sabotage our Grand Ethiopian Renaissance Dam.

But they should all beware!

On October 2, 2018, I made the following prophesy (also available here and here):

But here is my prophesy for the Forces of Darkness.

You gnash your teeth and bare your claws against a righteous leader.

Your wicked schemes and plots will fail completely.

Your day has come and like the grass that withers before the noonday sun, so you shall too.

Be forewarned not to draw your sword against Abiy Ahmed for it will bend and pierce your own hearts.

Abiy Ahmed may stumble, but he will not fall, for there is an invisible power that upholds him with his hand.

We will refrain from anger and show you peace. 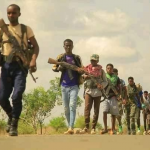