The chief administrator made the remark today at a ceremony organized in the regional capital Bahir Dar to recognize individuals and institutions that had contributed to the law enforcement and survival operation carried out to wipe out the terrorist group which invaded parts of the region.

Describing the heinous acts of the group, he noted that “the invading terrorist TPLF had carried out enormous atrocities in the areas it had occupied. It massacred innocent people, raped women, destroyed and looted immense properties.”

The group had also been the major cause for the death and suffering of women, children and the elderly by blocking humanitarian aid.

According to Yilkal, the terrorist group had carried out all these atrocities with the intention to dismantle the country by destroying the age-old harmonious relationship of the Amhara and Tigray people.

However, the evil group was wiped out by the gallants members of the Ethiopian National Defense Force and Special Forces of various regional states, he pointed out.

In spite of these, the chief administrator stated that the terrorist TPLF has been preparing to orchestrate another conspiracy in an attempt to realize its ill intention of dismantling Ethiopia.

Yilkal called on all Ethiopians to stand together with their usual heroic spirit to destroy the plot of the terrorist TPLF.

The event held to recognize members of security forces, institutions and individuals for their services during the law enforcement and survival operation was attended by high federal and regional government, including Deputy Prime Minister and Foreign Affairs Minister Demeke Mekonnen, and  senior defense officials. 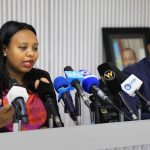 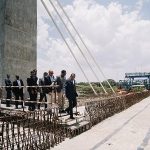