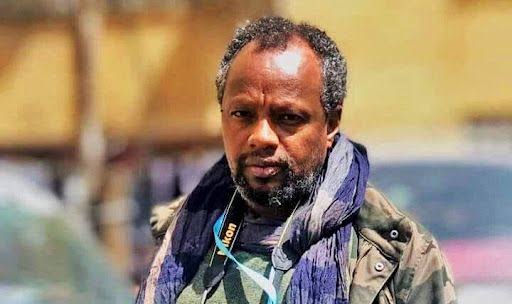 People sometimes think of journalists, activists, and politicians as machines. People do not go to the polls as often as they would like; It is a matter of conscience. The English saying “ignorance is bliss” is true. Particularly in Ethiopian society, when they are deliberately silent, their frustration is like the use of a two-edged knife.

Many Ethiopian journalists and activists are victims of their own vices. To a distant observer, however, it may seem like an easy choice. However, these journalists & activists are a versatile personas who, doesn’t like the bully, the defamation campaign, the imprisonment and harassment. They miss the liberty of going in and out of the country, the desire to start a family, to make a living. They just don’t say Amen but ask “why?”.  There are a few here and there. Temesgen Desalegn is one of the few. I continue to write thankfully, not only as a public figure, but also as a friend.

Teme is a public figure who was born and raised in 4 Kilo four, and who still does not spend a day without visiting 4 Kilo. He usually have his breakfast at a vegi grocery around 4 Kilo. Anyone who pass through 4 killo will probably see Temen.

From the outside, you could not help but notice that Teme as a political machine. He is also witty & friendly & you never get enough of his jokes. Besides, he is a very socialble person who greets every passerby. Sometimes I eat breakfast with him. There are also times when we eat breakfast and go to the piazza. So the number of greetings slows us down in every way. At this point I call him “the mayor.”

Teme reads all types of political and historical books published in our country; That is why he is one of the few journalists who reads.
Next to the books are images of the kings who filled the house; It looks like a library, on the one hand, and a museum on the other. The couch in the center of the house will be cluttered paper, open books and glasses. The office desk is like a mountain of paper. Behind the paper turmoil, Teme wore a scarf around his neck. Reads, writes; He calls, writes, It erases, erases. Teme is a huge media person who respects his readers and strives to add value to his writing.

Teme is, in fact, the king of print media. His reign is based on many years of experience. He has been on the stage for two decades. He saw a lot.

People who do not agree with his political analysis are also reading the article. Because if he writes, the paper will surely have something new. In fact. The ideas that Temme circulates in the media are the best input for the ideas market. The neighbor can create a platform and argue. In particular, if a government is shaken by how many platforms and resources it has in a magazine, it should be asked, not by commentators, but by its own competitiveness.

Freedom of expression, like all other freedoms, is restricted. For my part, I would like to argue that in any legal context, my writings and analyzes do not exceed the limits. I do not say this as long as I do not exercise my right to be presumed innocent until proved guilty according to law. Because I know a lot about freedom of expression and writing.

Teme is a free man! His arrest is political! 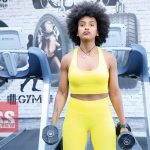