Suzie Rice never runs out of out of dirty tricks to sabotage the June 2021 Ethiopian election and give the shaft to the Ethiopian Government to return the TPLF to power.

“Hello… Yep! Let’s slam Ethiopia with the fire and fury of sanctions the world has never seen!”

Susan Rice has sent Jeffrey Feltman to tell the Ethiopian Government that if they do not kneel, bow down and say, “Uncle Sam massuh, Princess Susan ma’am, have mercy…” they will be met with fire and fury of sanctions the world has never seen.”

Americans have a political “tradition” called the “October surprise”.

Since American presidential elections are in held in November, an “October surprise” is a political event that could decisively influence the outcome of the November election.

Susan Rice has a “May Surprise” (better yet surprises) which she believes will have a decisive influence on the June 5, 2021 Ethiopian parliamentary election.

Susan Rice, the Princess of Darkness, has dispatched her lackey Jeffrey Feltman to deliver a message to the Ethiopian Government: “Kneel, bow your head down and kiss my ring or you will be met with sanctions the likes of which the world has never seen!”

Suzie Rice never runs out of out of dirty tricks to sabotage the June 2021 Ethiopian election and give the shaft to the Ethiopian Government to return the TPLF to power.

Suzie Rice’s Cirque du Horn of Africa dog and pony show is elaborately staged to set Ethiopia for the fall.

No doubt about it. The Feltman-Sisi meeting was all about how to give Ethiopia the royal shaft.

Feltman then travelled to Sudan to tell Abdallah Hamdok and Abdel Burhan to stick to Egypt like stink on s**t on Grand Ethiopian Renaissance Dam negotiations.

Of course, the U.S. has already tagged and bagged Sudan by removing her from the list of state sponsors of terrorism after three decades and has resumed handouts. (The U.S. has cut off aid to Ethiopia.)

Sudan’s leaders will do as they are told because “beggars can’t be choosers”.

TPLFeltman then met with President Isaias Afeworki of Eritrea, whom he called an “authoritarian leader” before he took the Susan Rice Cirque du Horn of Africa on the road.  The strategy is to  offer handouts to drive a wedge between Ethiopia and Eritrea.

That is a nonstarter.

President Isaias is a proud leader. He will never beg nor sell his country to get handouts.

What is he going to do in Ethiopia?

It does not take a rocket scientist to figure it out.

TPLFeltman has already set up his Egyptian and Sudanese ducks in a row.

He is ready to pounce on Ethiopia with his ultimatum: Submit to Susan Rice’s demand or face S-A-N-C-T-I-O-N-S!

Sanctions have been the recent M.O. (modus operandi) of the Rice/Biden adminisration.

On March 2, 2021, the U.S. slammed Russian officials in response to the alleged poisoning of Aleksey Navalny.

On March 16, 2021, the U.S. “slapped new sanctions on Chinese officials for the first time on Wednesday over accusations that they contributed to the declining autonomy and freedoms in Hong Kong.”

On April 21, 2020, the U.S. imposed sanctions on Myanmar “in the wake of the recent military coup, targeting two state-owned businesses and a number of military leaders.”

On April 28, 2021, the U.S. “reissued the Somalia Sanctions Regulations in their entirety.”

On April 30, 2021, a bill entitled “Turkey Human Rights Promotion Act of 2021” was introduced in the U.S. Senate to impose visa restrictions and to urge international financial institutions to oppose any loans, grants, policies, or strategies determined to be enabling the Government of Turkey to violate human rights of its citizens.

It is manifest that beginning in March 2021, the Biden Administration has been using sanctions as a cudgel to bash the heads of governments who do not kowtow to it.

But Susan Rice has saved the best for last.

Let there be no mistake.

Susan Rice has sent Jeffrey Feltman to give the final ultimatum to the Ethiopian Government that if they do not kneel, bow down and say, “Uncle Sam massuh, Princess Susan ma’am, have mercy…” they will be met with sanctions the likes of which the world has never seen!”

Can we handle the truth?

I voted for Biden.

In my own defense, I had only three choices.

I had to choose between the lesser of two evils.

In other words, I had to choose between Tweedle Dee Biden and Tweedle Dum Trump.

Not voting was not a choice for me. I have learned from Dr. Martin Luther King, Jr.’s 1957 speech at the Lincoln Memorial the fierce urgency of now to secure the  right to vote.

By not voting, I would have disgraced Dr. King.

Of course, I expected nothing from Barack Biden.

Obama lectured and hectored dictators the world over that they should choose the path of democracy and rule of law: “To those who cling to power through corruption and deceit and the silencing of dissent, know that you are on the wrong side of history.”

On July 25, 2015, Obama went to Ethiopia and declared the TPLF regime that declared victory by winning 100 percent of the seats in parliament “democratic.”

His national security advisor Susan Rice laughed her behind off as she confirmed it was “democratic”.

To add insult to injury, on January 13, 2017, a week before Obama left office, Obama signed an executive order removing sanctions on a 20-year-old trade embargo on the government of Sudanese dictator and fugitive from justice at the International Criminal Court Omar al-Bashir.

Yet, Obama did not lift sanctions imposed on the government of Robert Mugabe in Zimbabwe.

Mugabe was no angel but he was never indicted by the ICC for genocide and crimes against humanity.

There was no African dictator who trashed human rights that Obama and Susan Rice did not like.

Not only were Obama and Rice on the wrong side of history, they were in bed with African dictators.

Plus ça change, plus c’est la même chose. The more things change, the more it is the same.

So, sanctions are about to be declared on Ethiopia.

That is the real agenda behind Susan Rice’s Cirque du Horn of Africa.

Susan Rice has manufactured a crisis in the Horn of Africa to sock it to Ethiopia.

Susan Rice is desperate as the June 5, 2021 elections draw near.

She has to do something to **** up the election.

She has tried everything and nothing has worked.

Susan Rice has already puppet mastered a half dozen U.S. senators and and U.S. representatives to pass resolutions demanding sanctions by the Biden administration.

Susan Rice will try for the umpteenth time to get the U.N. Security Council to sanction Ethiopia.

Susan Rice has already made arrangements to get the European Union to impose sanctions.

Susan Rice will not sleep (“Evil never sleeps.”), and she will toil day and night to manufacture more crisis to destabilize Ethiopia and delegitimize the June election.

I say, Susan Rice is in Cry-sus.

Susan Rice’s strategy is to use sanctions to cripple Ethiopia.

Ethiopians are not afraid of  Susan Rice’s manufactured crisis or her doggone sanctions.

No doubt the Susan Rice will continue to manufacture more crisis for Ethiopia.

In the end, Susan Rice will fail!

Like James Russell Lowell wrote in him poem “The Present Crisis””

Careless seems the great Avenger; history’s pages but record
One death-grapple in the darkness ‘twixt old systems and the Word;
Truth forever on the scaffold, Wrong forever on the throne,—
Yet that scaffold sways the future, and, behind the dim unknown,
Standeth God within the shadow, keeping watch above his own.

History’s page will soon record that Ethiopia’s enemies and the Princess of Darkness who leads them will be defeated because “Standeth God within the shadow, keeping watch above his own.” 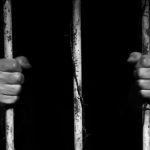