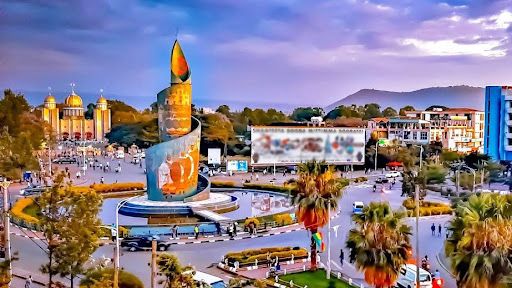 If you happen to set your foot at Hawassa, aside from the clean and well-arranged cityscape and beautiful vista of the city, your eyes may get fixed on two remarkable views: the widely stretched majestic Lake Hawassa in the west, and just parallelly distances away in the east, a giant pointed towering monument. This monument is the signature notable landmark of the city.

Hawassa, the vibrant city found in southern Ethiopia, is the capital of Sidama Regional State. This tourist destination city, which is home to Lake Hawassa and Mount Tabor, has a unique monument at the heart of it called Sumuda.

Sumuda is designed in the image of sprouting up leaf rolls of Enset plant (false banana) from bottom to top. Enset provides the staple food for the Sidama people and it represents stability, survival, and tradition.

Sumuda is erected at a vantage point in the city where people coming from three corners toward downtown Hawassa can spot it from afar.

The monument was given the name Sumuda, which means ‘seal’ in Sidamu language, after elders, tribal leaders, celebrities and political leaders discussed and agreed on it.

The construction of the monument was officially started in 2008 and finished in 2011. 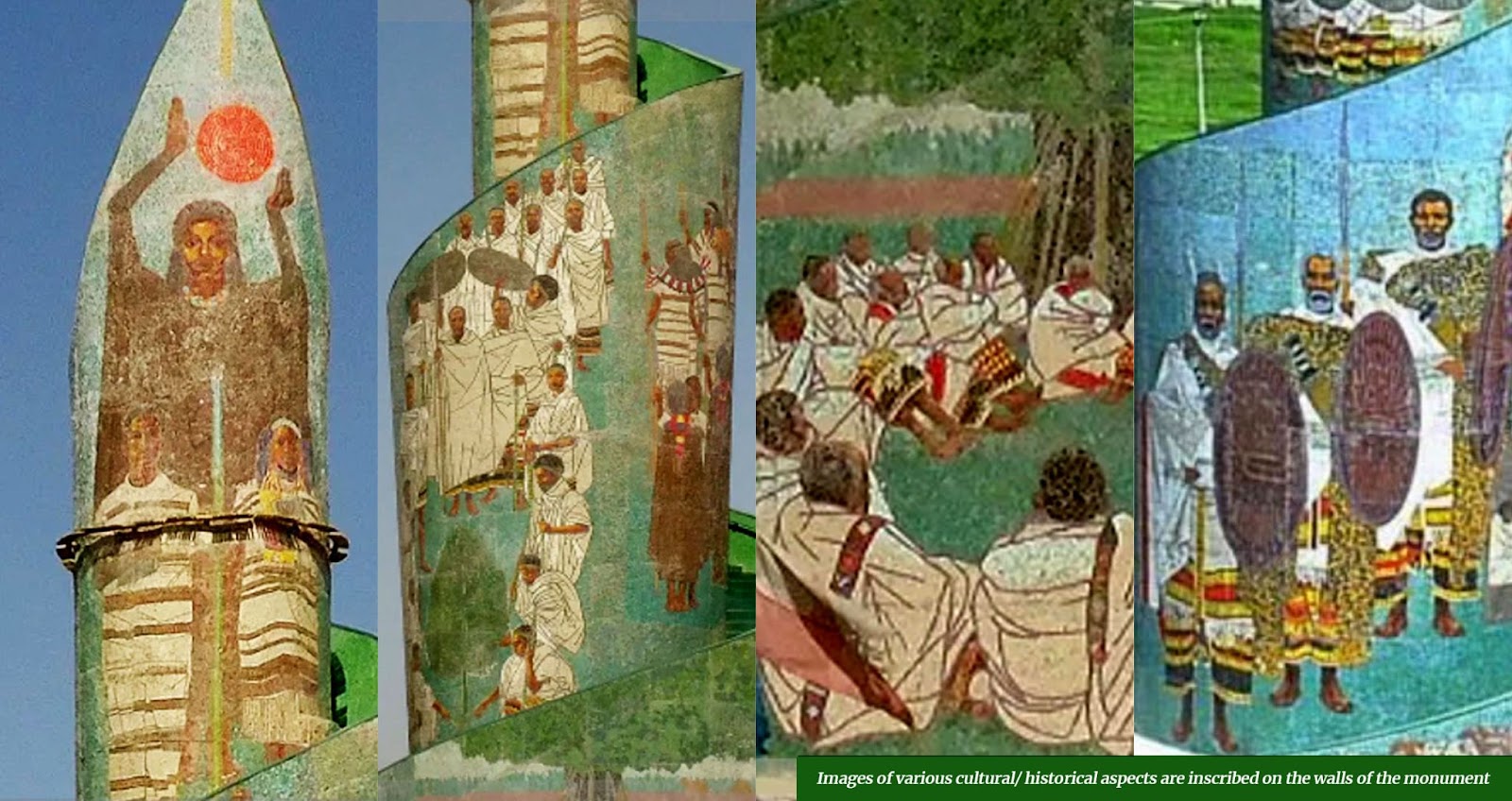 The painting on the northern side of the monument is a picture of Motite Fura, the only queen of Sidama. Motite Fura is known for her notoriously feminist principles and women had unlimited rights during her reign.

Dancing performances of married couples as well as single ones are also painted on the northern side of the monument. The performances by the married and single couples are known as Hano and Faaro in Sidamu language respectively.

Looking up at the southern side of it, one can see the paintings of the costumes of the Sidama Heroes. Beyond that, there is a picture of Sidama Qeexaala, a cultural performance of praise and complaint.

On the eastern side, there is a painting of a group of people celebrating the Fichee Chambalala feast, which is Sidama’s New Year’s day, eating Burisame, the traditional food of Sidamas.

Hulluuqa, the announcement of the transition from the old year to the new, and Luwa, a traditional governing system showing hierarchy are also depicted in the paintings on this side of the monument.

The northern side of the monument that faces St. Gabriel Church is decorated with paintings of Songo, the traditional judicial system of the Sidama Nation.

A painting of Womaashisha, a traditional currency used by the Sidamas in the middle ages, lies at the center of the monument with a picture of an eagle on top of it which represents Sidama’s strength. 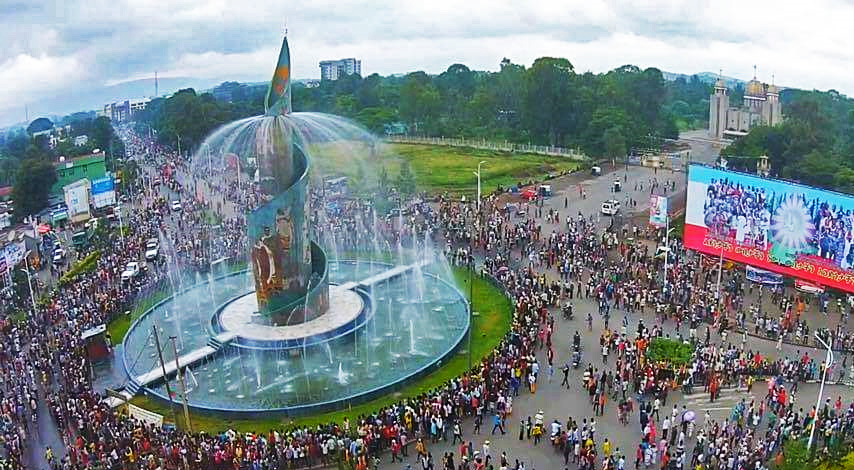 Addis Zeybe’s reporter talked to a couple of tourists from Addis Ababa, Nathaniel, and Emebet, visiting Hawassa for the first time. On visiting Sumuda, the couple said, “We are happy to see the monument in reality. It’s the first thing that comes to mind when one thinks of Hawassa.”

The monument of Sumuda has also created job opportunities for the youth of Hawassa. Young photographers make a living by taking pictures of tourists that come to take a close look at Sumuda.

Zelalem  Ayele, one of these photographers, said, “I’ve been working here for the past six years. This is what I do for a  living.” He added that the monument is the major tourist attraction found in the city next to Lake Hawassa.

The Sumuda monument was built at a cost of 14 million Br., according to a report found from the region’s Culture and Tourism Bureau. The report also mentions there is a fountain installed on the monument that pumps water around the monument through its 120 tap holes.

The 28-meter-high monument of Sumuda was constructed by Yirgalem Construction. 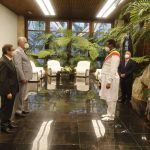 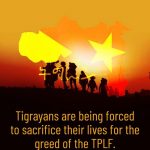