Addis Ababa, May 3, 2022 (Walta) – A journalist elucidated that some western media and U.S. officials have supported terrorist TPLF accepting its fabricated ethnic division narratives at the expense of the reality on the ground in Ethiopia.

Having a stay with RemiX Morning Show, Journalist Hermela Aregawi said that the northern conflict in Ethiopia has been erroneously reported by some western mainstream media setting the truth aside. Based on this, CNN, Amnesty International, and Human Rights Watch accused the government of Ethiopia and the Ethiopian people of doing wrong by standing by the side of the terrorist group.

According to EPA, the Journalist said these partisan western media and their governments have been supporting the terrorist though they know that the conflict was purely provoked by TPLF itself attacking the Northern Command base in Tigray from the outset.

She further stated that the terrorist TPLF and its allied media have been accusing the government of committing genocide in Tigray, but it is quite far from reality.

“TPLF is an ethnic-fascist group and ethnic-oriented gang born in 1975 to overthrow the communist government (Derg) with the help of the U.S. and mercilessly ruled Ethiopia for close to three decades as a lot of voices were muffed. That is why the terrorist group has had a strong relationship with the State Department and the Head of the WHO member,” she added.

She succinctly requested saying, “Does any country graciously accept when extraordinary inhuman activities are performed in its territory? The answer is straightforward, No! So, any nation has to stand by the side of the Ethiopian and Eritrean governments, and the respective citizens of the two.”

“The CNN and the New York Times and others know what the truth in Ethiopia is, but they do not want to face the reality. Especially, a nation that houses close to 115 million intertwined people is not an easy country, and isolating the people using ethnic division is very unacceptable,” the journalist underlined. 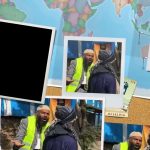