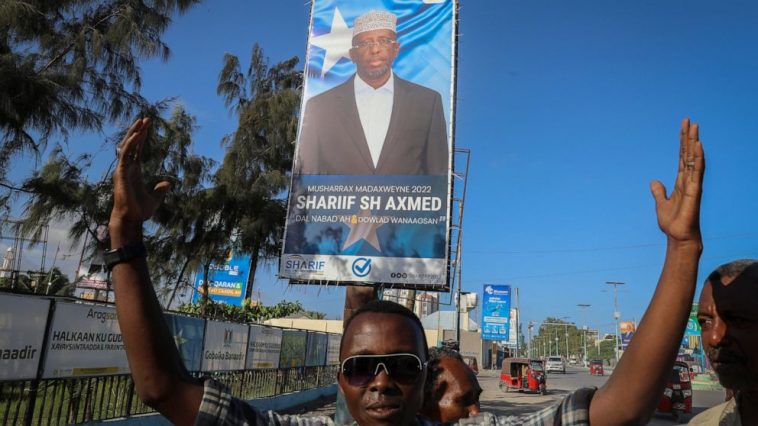 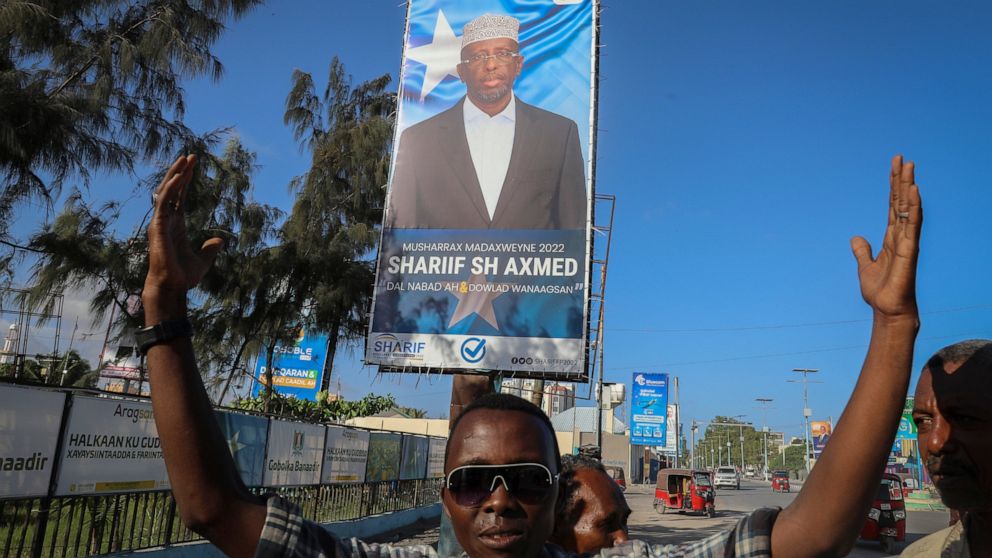 Addis Ababa, May 12, 2022(Walta) – Somalia is set to hold its long-delayed presidential vote on Sunday, ending the convoluted electoral process that raised tensions in the country when the president’s term expired last year without a successor in place.

The vote will take place amid heightened insecurity as the Islamic extremist group al-Shabab, which opposes the federal government, continues to stage lethal attacks in the capital and elsewhere in the Horn of Africa nation.

With mortar shells and gun assaults, al-Shabab in recent months has repeatedly tested the defenses of the Halane military camp, which is protected by African Union peacekeepers. A suicide bombing Wednesday killed at least four, including two government soldiers, at a checkpoint near the heavily fortified airport area where lawmakers will meet Sunday to choose a new president.

The vote is behind schedule by 15 months and Somali authorities faced a May 17 deadline to hold the vote or risk losing key funding from international donors.

Somali polls are unpredictable, and it appears Mohamed — who is also known as Farmaajo — faces a tough battle for reelection. Mohamed has been locked in a power struggle with his prime minister, Mohamed Hussein Roble, over control of the government. Roble is not running for president, but behind the scenes, he and other former leaders could play a decisive role in the outcome of the vote.

“A lot of issues are at stake. The most important thing is to oust the incumbent and unite all candidates against him, although he is aware his chances for re-election are minimal, unlike his predecessors,” said Mohamed Mohamud, a Mogadishu-based political analyst.

“There are disturbing phenomena that the incumbent can’t secure the required votes for his re-election, but he is determined to twist results for his preferred opposition candidate and attempt to prevent specific candidates from winning even if they are ahead in the polls,” he said.

Despite its persistent insecurity, Somalia has had peaceful changes of leadership every four years since 2000, and it has the distinction of having Africa’s first democratically elected president peacefully step down, Aden Abdulle Osman in 1967.

Somalia began to fall apart in 1991 when warlords ousted dictator Siad Barre and then turned on each other. Years of conflict and al-Shabab attacks, along with famine, have shattered the country of some 12 million people.

The goal of a direct, one-person-one-vote election in Somalia remains elusive. It was meant to take place this time. Instead, the federal government and states agreed on another “indirect election,” with lawmakers elected by community leaders — delegates of powerful clans — in each member state.

All 329 lawmakers of both chambers of parliament are expected to vote by secret ballot on Sunday. To win in the first round, a candidate must secure two-thirds of the vote or 219 ballots. Observers expect a second or even third round of voting for the four top candidates.

In addition to Mohamed, major contenders include former presidents Hassan Sheikh Mohamud and Sharif Sheikh Ahmed, as well as Said Dani, the current president of the regional state of Puntland.

Mohamed’s four-year term expired in February 2021, but he stayed in office after the lower house of parliament approved a two-year extension of his mandate and that of the federal government, drawing fury from Senate leaders and criticism from the international community.

The poll delay triggered an exchange of gunfire in April 2021 between soldiers loyal to the government and others angry over what they saw as the president’s unlawful extension of his mandate.

Under pressure, Mohamed reversed the term extension and instructed the prime minister to engage with leaders of regional states to chart a fresh roadmap to the vote.

Whoever wins the election faces the urgent issue of insecurity, with al-Shabab fighters making territorial gains in recent months. The new president will also have to help ease tensions between regional states competing for limited resources, analysts say.

“We are hoping that the next president will be someone who can put the nation’s interest before his interest and lead the country towards peace and prosperity,” said Farhan Isak Yusuf, deputy executive director of Somali Public Agenda, a Mogadishu-based policy think tank, and research group. “The decision is in the hands of lawmakers who are entirely independent and not loyal to any certain groups (but) frequently manipulated by money.” 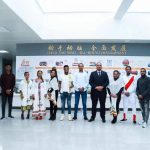 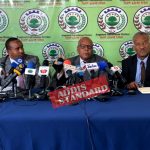