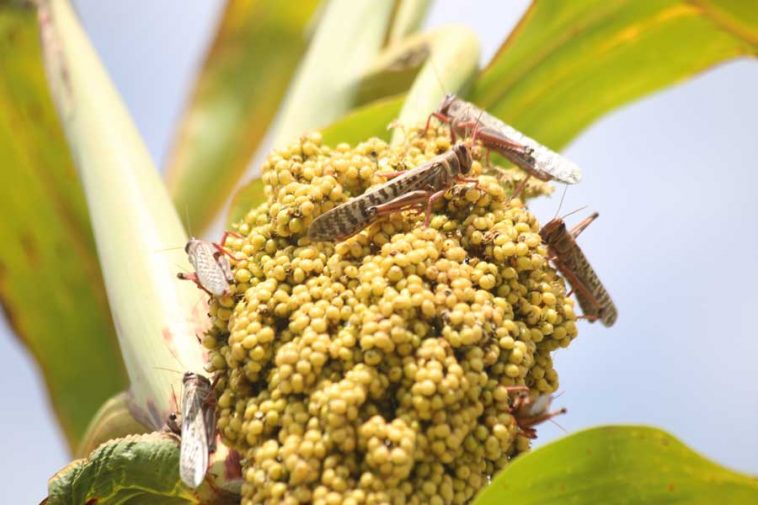 On average, one desert locust lays 80-120 eggs within eight to twelve days. It nearly always lays its eggs in soil that is wet enough to allow the eggs to absorb sufficient moisture to complete their development.

Saturday was not a good day for Chekol Mestet, 50, a farmer and father of five in Girara Kebele of Amhara Regional State. Early in the morning, he found the hectare of land he ploughs three times a year was infested by Schistocercagregaria, a species of grasshopper better known as the desert locust.

Chekol, who produces crops including millet, teff and legumes, had planned to double his productivity from the previous year to 60ql and use the proceeds to buy several farm animals.

This was not to be. Although he had heard about the desert locust situation, he did not assume it would reach his locality. When the locusts came, his children tried using smoke to ward off the locusts. The effort did not bear much fruit, and he lost a significant chunk of his crops.

“If this continues for more days, I will be completely destroyed,” he told Fortune.

The situation was similarly bleak for Ashagere Molla, 52, who supports five children with the income he gets from planting millet and teff. He planned to harvest in December.

But like the rest of the 60-odd farmers that live in Girara Kebele, the desert locusts swarmed his piece of land.

Driven by the direction of the wind, the grasshoppers came from Mersa, a town in North Wollo of Amhara Regional State, and settled on his farmland on November 9, 2019, to feed.

The desert locust entered the middle of Woldia town at the beginning of last week. The farmers attempted to use traditional methods to disperse the swarms, such as physically scaring them away and lighting fires to use the smoke to scatter the locusts.

“We had to spend the whole day trying to protect our land, but we cannot prevent the locusts from consuming our crops,” he said.

The first swarm entered Ethiopia in June 2019 after crossing from Yemen and Somaliland. It did not only spread across Amahara Regional State but has been reported in 56 districts across Ethiopia, including in the Oromia, Somali, Afar and Tigray regional states and the federal city of Dire Dawa.

The desert locusts have covered more than 351 square kilometres and are consuming at least 1.7 billion kilograms of green vegetation a day, according to the November report by the Ministry of Agriculture.

In an effort to bring the problem under control, traditional as well as modern methods have been employed. The regional states and the local agriculture bureaus are using three airplanes to spray chemicals to kill the locusts.

Two of the planes cover Amhara, Tigray and Afar regional states, while the other one covers eastern Oromia Regional State, Dire Dawa and Somali Regional State.

“We have been preventing the locusts from damaging crops for the last two weeks,” said Ashagre Endayen, an expert at the Amhara Regional State’s Agricultural Bureau Crop Development agency. “But we were unable to cover all the districts using airplanes because of the difficult geographical factors.”

In areas where the use of airplanes was not feasible, human power was deployed. This was where Eyerus Deres, a 19-year-old student at Woldia Millennium Preparatory School, joined the fight. She spent three days at Girara Kebele with 600 other schoolmates to participate in the effort to control the infestation.

“Since last week we did not go to school, because we’ve been trying to prevent the locust infestation,” she says, adding that she has no regrets of missing classes. “All I want is to see the grasshoppers disappear.”

Currently, there are two swarms on average, each of which has between 40 million and 80 million locusts, entering Ethiopia every day from Somalia. The locusts can consume their own weight and cover up to 150Km every day.

On average, one desert locust lays 80-120 eggs within eight to twelve days. It nearly always lays its eggs in soil that is wet enough to allow the eggs to absorb sufficient moisture to complete their development.

The FAO, a United Nations body, is partnering with the Ethiopian government to provide monitoring and expertise. One of the FAO’s answers to the infestation is eLocust3, a handheld tablet that records and transmits data in real-time to the national locust centres and the Desert Locust Information Service (DLIS). The eLocust3 allows the DLIS to predict flight patterns and provide early warnings to at-risk countries that can then launch control operations.

While the Agriculture Ministry is yet to determine the extent of the loss on crops, which FAO admits was nearly 100pc on tefffarms in some parts of Amhara Regional State, the swarm is expected to continue until next June.

“We can’t completely defeat the desert locusts, because they can change their color and shape,” said Zebdewos Salato, plant protection director at the Ministry of Agriculture. “If they get a suitable weather condition, they immediately increase in number.”

Desert locust infestation is not new to Ethiopia. On average they invade once every three years. This has been a significant problem for the agriculture sector, which contributes around 34pc to gross domestic product (GDP) and employs two-thirds of the adult population. Seventy-two percent of the agriculture sector is comprised of crop production.

Over 10 thousand square kilometres of land were used to grow cereal crops last harvest season, a third of which was utilized for teff, the nation’s staple grain. The total production in last year’s Meher season, the main growing season that starts in May and ends in September, was about 50.2 million quintals.

Zelalem Bekeko (PhD), dean of the College of Agriculture & Environmental Science at Haramaya University, believes that the Ministry of Agriculture could have predicted the infestation and been better prepared for the situation.

“If the situation continues like this unabated, it will damage the Bulge season’s production, in turn putting the nation into a dangerous situation,” he adds. “The traditional way of preventing the locust invasion is useless, because they can’t kill them all.”

This is all too obvious to Chekol, whose livelihood has been threatened.

“If the locusts can’t be controlled, I’ll have no more choice but to migrate to the towns to look for a job as a daily labourer,” he said despondently. 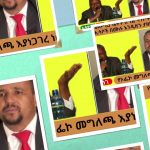 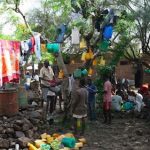