It has indeed become a pleasure for me to buy and read Fortune – the high quality and well-edited weekly with valuable news and analysis, not to mention inexpensive price tag – at every opportunity.

Regrettably, there is an aspect of the paper that at times needlessly makes it reader unfriendly, and that is the preoccupation of some of its columnists and guest writers with the use and overuse of big words.

Proponents of it may try to turn the tables and advise me to work on enriching my vocabulary. Yet, as a regular reader of print as well as online English newspapers, magazines and blogs, such as Newsweek, Time, The Guardian and HuffPost, I rarely find words I am unfamiliar with – at least not as much as is the case with Fortune.

This leads me to the conclusion that the problem perhaps does not lie with me, but rather with those at Fortune who may write to impress, as opposed to communicate and inform. Nonetheless, while unfamiliar words may arguably have been considered a sign of intellectuality or sophistication in the past, that is not the case anymore.

After all, in this era of the thesaurus, pressing the right button on Microsoft Word and choosing “synonyms”, for instance, would easily give a writer a bunch of familiar and unfamiliar words to select from.

On that note, my unsolicited advice to the newspaper’s columnists and guest writers is, to go for simple and familiar words when they develop their columns and articles. After all, as the saying goes, simplicity is the ultimate sophistication.

One other thing I have been noticing in Fortune is the changing of alphabets in a given word, mainly a “k” to a “q”.  “Mekelle” is spelt as Meqelle, for example, despite the fact that the regional and the city governments as well as the higher learning institution of the city spell it with a “k”.  And, hard as I may try, I cannot see the logic in this.

Perhaps it is an attempt by the weekly newspaper to be different for the sake of being different, or just because the editors  choose to. Or to give the “think positive” adage a chance, maybe this is an effort by Fortune to be an equal opportunity newspaper that gives the presumably oppressed letter “q” equitable access in print media, and without its usual companion “u”, at that.

Providing equal opportunity is, of course, to be commended. However, there is a problem with the case at hand. There is enough spelling confusion already when it comes to names of cities and regions in our country. Take Meqelle, spelt “Mekelle”, “Mek’ele”, “Makalle”; Addis Abeba, as “Addis Ababa”; Baher Dar, as “Bahir Dar”, “Bahirdar”, “Baherdar”; Gonder, as “Gondar”; Oromia, as “Oromiya”, “Oromya”; or Tigrai, as “Tigray”.

There should not be a reason to add to that confusion unless of course there is a point I have missed. Otherwise, for consensus and consistency’s sake, we should at least agree on how to spell names of our cities, towns and regions! 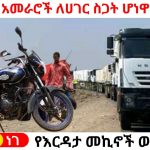 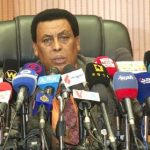