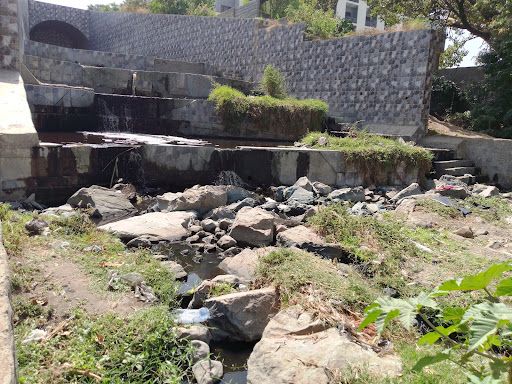 Ethiopia’s growing economy had minimal contribution from the industrial sector, says a 2018 report by the United Nations Industrial Development Organization. Ethiopia’s government launched the project of industrial parks in key places of the country to boost the economy.

Located on the outskirts of Hawassa town, 275 km from Addis Ababa, Hawassa industrial park was built by the Chinese Civil Engineering Corporation. Operating since 2017, the park now has 22 investors and around 52 shades, creating permanent job opportunities for more than 31 thousand employees.

Known as the country’s flagship industrial park, Hawassa industrial park produces textile and garments. The production of garments involves the use of chemicals to color and wash.

The park installed pipes that take waste materials out. However, the waste goes directly into Lake Hawassa and that is causing multiple problems.

Local residents complain that the sewage is killing the fish in the lake. Addis Zeybe’s correspondent in Hawassa also witnessed dead fish floating on the surface of the lake bringing a bad smell to the area.

Abrham Antenah, a resident of Hawassa, says, “We used to wash our clothes here. We stopped after the water became polluted by chemicals [from the park].” He adds that Lake Hawassa was a favorite recreation site for the kids who live around it. Many used to come to swim. They don’t frequent it now as much as they did in the past.

“Due to the chemicals released from the park, the clean environment of Hawassa town is changing. And this is affecting our lives,” states another resident, Menyahlew Wondimu. He complains that the media also failed to report this properly.

Locales state that the foul odor the sewage emits discourages people from having their leisure time around the lake. This, as a result, is disrupting the tourist flow in the area.

The Ethiopian Constitution, Article 44, stipulates that everyone has the right to live in a clean and healthy environment and that all persons displaced or affected by government programs have the right to adequate alternative compensation, including adequate relocation through government assistance.

However, the residents of the area are living through the problem without any reparation.

Similar studies done by Hawassa Institute of Research and the Federal Institute of Studies show industrial effluents from industrial parks pollute the environment and can cause harm to human lives directly and indirectly.

On the other hand, the head of Marketing and Communications Department of the Industrial Parks Development Corporation, Henok Asrat, claims that Hawassa, Adama, and Mekelle Industrial parks are using Zero Liquid Discharge (ZLD) technology. He says this technology has been installed in the industrial parks for treating water and reusing it for green areas, toilets, and other services.

Zero liquid discharge (ZLD) is a mechanism that enables industrial wastewater to be recycled and reused.

Addis Zeybe also spoke to Henok Solomon, Public Relations Directorate Director of the Ethiopian Investment Commission. He admits the problem exists. He says the problem occurs sometimes, especially when it rains heavily. Henok adds that the park is working with the federal and regional governments and has come up with a solution to alleviate the problem.

Developing specialized industrial parks to enhance Ethiopia’s economy by locating them “with close proximity to high labor force pool” is the principle the Ethiopian Investment Commission follows concerning the parks.

One of the criteria that industrial parks are expected to fulfill, according to the Ethiopian Investment Commission, is “Maintaining high environmental standards through the use of renewable energy and zero liquid discharge (ZLD) technology”.

Laid on a 300 hectare of land, Hawassa Industrial Park comprises 52 sheds which are all occupied. The 22 companies in the industrial park specialize in the production of textiles and apparel. The facility is planned to incorporate multimodal logistics services provided by Ethiopian Airlines and DHL. 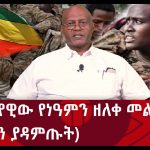