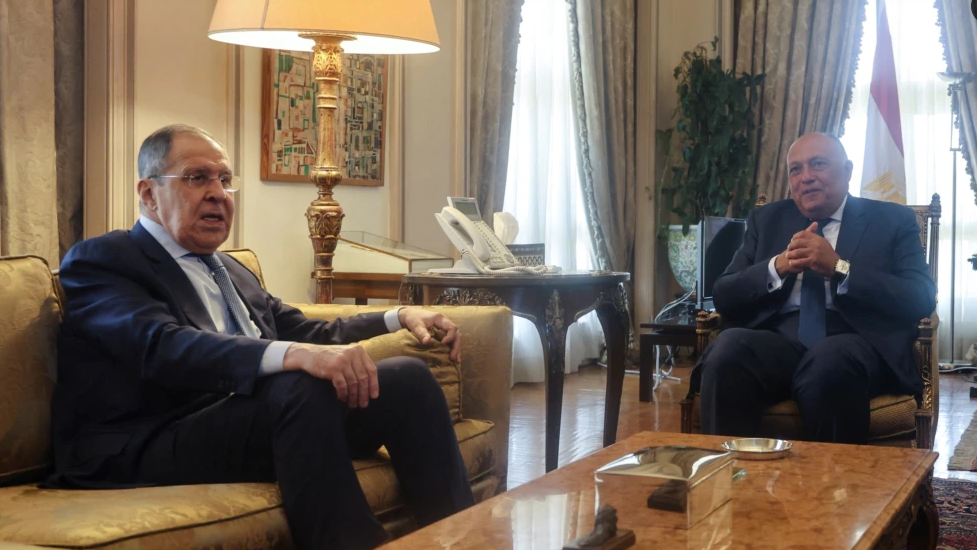 The talks focussed on efforts to end the Ukraine crisis, moves to resume grain exports from Russia and Ukraine, joint trade agreements, regional conflicts and a nuclear power plant which Russia has begun to build on Egypt’s north coast.

The first leg of Lavrov’s Africa visit, Cairo, centered on major issues facing Russia and Egypt, on both the economic and political fronts.

Both countries do between 4 and 5 billion USD in annual trade and the Ukraine conflict and COVID-19 have caused disruptions to tourism, grain sales and energy exports.

Lavrov and Shukri indicated in a joint press conference Sunday that both sides were working to overcome issues of mutual concern.

Shukri said that the Ukraine conflict has affected Egypt’s food security, its energy needs, its trade with the outside world and created inflation and supply chain issues that need to be resolved.

Shukri went on to say that Egypt “would like to see a diplomatic solution to the Ukraine conflict based on common sense and dialogue,” and “ending military hostilities and settling political differences.”

Lavrov, for his part, noted that he had discussed “putting a speedy end” to the Ukraine conflict with el-Sissi and all the factors involved in doing so.

Lavrov said that Russia appreciates the speedy search for a peaceful settlement, taking into account the fundamental legitimate interests of all participants in the process, in the context of building sustainable European security architecture on a fair basis.

The Foreign Minister is in Congo today as part of Russia’s Africa charm offensive.

Lavrov arrived Sunday evening in Oyo in northern Congo, some 400km north of the capital Brazzaville and a stronghold of Congolese President Denis Sassou Nguesso.

Sassou Nguesszo and Lavrov are expected to hold face-to-face talks.

Ahead of the visit, Lavrov said in an interview that Russia had “long-standing good relations with Africa since the days of the Soviet Union.”

Lavrov lauded Russia’s role in decolonising in Africa, saying “we provided assistance to the national liberation movement, and then to the restoration of independent states, and the rise of their economies.”

Lavrov travel will go on to Uganda and Ethiopia in the next two days on his Africa tour, designed to shore up support for Russia on the international stage.