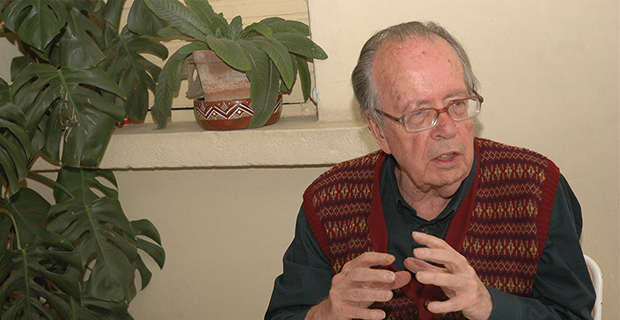 It was almost 20 years ago when I met Richard Pankhurst at the home of a Canadian diplomat. I was in awe of him and his energetic wife, Rita, the Emperor and Empress of the expatriate community in Ethiopia.

When I later got to know him a lot better as fellow columnists for the Addis Tribune, an English weekly, he on history and me on travel, I found out what a gentle and modest man he was. But there was another side as well – a fierce and relentless fighter for what he considered right. He called me the ‘bold one’ for my travel writings, but I could not hold a candle to his boldness.

Richard came by his bold campaigning genetically no doubt, with his mother and grandmother the champions of women’s rights in Great Britain, and his mother’s tireless efforts for Abyssinia after the Italian invasion in 1935.

He turned his long time association with Ethiopia into being an effective campaigner for the return of the Axum Obelisk, stolen by the Italians and erected in Rome. It seemed a hopeless cause, but Richard’s dogged determination never let up and finally helped to secure the return of the Obelisk to its original home.

Perhaps less well known is Richard’s endless effort to have other Ethiopian treasures returned and to retain historical treasures in Ethiopia when they were targeted by greedy collectors. During one of my frequent trips to London, I used my British Library reading card to take a look at the Kibre Negest kept there, the holy book of Orthodox Christians in Ethiopia taken from the country by the British in 1868.

The Curator who interviewed me before looking at the book asked if knew Richard Pankhurst, which I admitted I did. He made me promise not to try to steal the copy and bring it back to Ethiopia, which I wish I had.

Richard wrote dozens of books and countless articles mainly on Ethiopian history, providing an invaluable source for scholars into the future. Much of what he has recorded would have disappeared without him. His commitment to the Institute of Ethiopian Studies (IES) is also legendary.

Having been the Director for many years, he subsequently led the Society of Friends of the IES (SFIES). They had a marvelous program on raising funds to buy Ethiopian treasures – mainly icons – which were put on the market in Merkato for sale to foreigners. These were all added to the IES collection and eventually were put on display beautifully at the IES Icon display on the third floor of the museum.

I felt the steely side of Richard when he put the arm on me to join the SOFIES committee, specifically as the chair of the fundraising committee. He also gave us no small assignment – to raise several million dollars for a new museum to replace the tired and crumbling library at the Ras Makonnen Palace. This proved to be a very tough job indeed, but the library is under construction with Richard raising far more of the funds than I ever managed.

It was a very sad day when Richard was buried on February 21, 2017, at the Trinity Church in front of thousands of admirers and friends. He was a colleague, a friend, and a ruthless taskmaster! Never was there a better gentleman and activist.

Richard leaves behind his very accomplished family – the indomitable Rita, his worthy successor as academic Alula, and the strong-willed Helen, a campaigner, and activist in her own right.

There will be a very large gap where Richard used to be; he will leave a giant hole in Ethiopia and in our hats. Personally, I am buoyed by the many happy moments spent with him and family at their joyful home or at ours.

John Graham, a Canadian humanitarian activist, has been working in Ethiopia since 1997. He now serves as a country director for the Save the Children in Ethiopia. 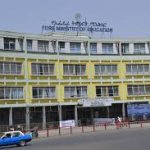