Sidama Regional State President, Desta Ledamo along with other officials of the region welcomed the guests at Hawassa Airport.

According to the oral tradition, Fichee commemorates a Sidama woman who visited her parents and relatives once a year after her marriage, bringing buurisame, and a meal prepared from false banana, milk and butter, which was shared with neighbors.

Fichee since then has become a unifying symbol of the Sidama people. Each year, astrologers determine the correct date for the festival, which is then announced to the clans.

Communal events take place throughout the festival, including traditional songs and dances where every member participates irrespective of age, gender and social status.

On the first day, children go from house to house to greet their neighbors, who serve them buurisame.

During the festival, clan leaders advise the Sidama people to work hard, respect and support the elders, and abstain from, among others, cutting down indigenous trees, indolence, false testimony and theft.

Parents transmit the tradition to their children orally and through participating in events during the celebration. Women in particular, transfer knowledge and skills associated with hairdressing and preparation of buurisame to their daughters and other girls in their respective villages.

Fichee-Chambalaalla was inscribed as one of the world’s intangible heritage of UNESCO in 2015. 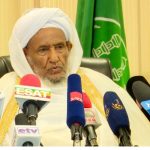 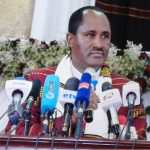