Nothing but the Facts on Website Dispute with Bostex

In reading over the story headlined, “Ethiopian Entrepreneurs Face Insurmountable Odds” (Volume 15, Number 762, December 7, 2014), I come to believe that I have to set some erroneous facts straight.

My name is Tal Dehtiar, the founder of Oliberte Limited. The story wrongfully accuses me of wrongdoings. While I appreciate the nature of the story to show the challenges of a small businessperson in Ethiopia, I would like to point out that the facts are not correct and are stated at the expense of my name and our company’s image.

While I may be the owner of Oliberte, I personally purchase websites for a wide variety of endeavors and sometimes I use those for Oliberte and sometimes I don’t. I also own websites like mozaqa.com, sportanya.com, ethiopianbootcompany.com, for example, not because I will use them, but if they are legally available and I think it is interesting, I like to have them.

The comment that the website was stolen from Bostex (sole rebels) is utterly false. I purchased it legally from godaddy.com, a website registration company. I am very happy to provide you copies of the receipts for these purchases.

The website, solerebels.com, was available one day during a random search on godaddy.com’s available auctions. The starting bid was 500 dollars, which is what I bid. The auction lasted for seven days and not one person bid against me. After seven days I had won it.

You would think that if SoleRebels wanted it so badly, they would have bid on this public auction, but they did not. If fact, for a long time solerebelsfootwear.com was also available by auction, which I kindly pointed out to Bostex, so the same issue may not happen with someone else.

For a number of months, I did nothing with the domain name, but in August of last year, I redirected it to Oliberte.com. Within 24 hours of the website being redirected, I received a notice from Bostex’s United States lawyer stating I was doing something wrong, which I did not know at the time.

When I received this email I stopped the redirect right away and tried to get in touch with Bethlehem Tilahun, her Canadian husband, Paul Waxman, and Canadian business partner, Paul Veldman. I tried to contact them multiple times to tell them they could have the website as I did not realise they wanted it, since it was available through the auction. They refused to respond and preferred to go to arbitration.

While the action of redirecting was wrong, I did not know that this action was wrong at the time. I made a mistake and agreed to transfer it as soon as possible. That said, purchasing the website was done within the law and according to the rules of purchasing websites. I did not steal anything or ever intended to, as Bostex continues to preach.

In the story, it was mentioned that as a result of the decision, Oliberte had to pay a stiff financial punishment. This is also false. The result of the case was that I had to return the website solebels.com to Bostex immediately and that is exactly what I did. This decision was done over a year ago and I assumed all had been finished.

There was not a single Dollar or Birr I had to pay them. Simply, I just had to transfer to them the domain name, which was done immediately following the arbitration.

Please note that we have tried continuously to finish this matter but Bostex and their founders, Bethlehem and Paul continue to talk to media and portray a picture that is not true.

They continue to publicly insult us with this website issue, or Oliberte, in hopes for public empathy or government support. My focus in Ethiopia through Oliberte is to create a real sustainable factory with local jobs that can support the local economy, through exports.

On the top of that, we give full authority to the branch in Ethiopia, and head office acts as their customer; we wanted to show the world that Ethiopians can stand on their own if given the chance to manage and produce good shoes without any expatriate involvement. We are not a big company, but we are working hard to make a real difference in Ethiopia.

I will not stand for such writings any longer, and please note that in response to any slander or wrongful accusations we will aggressively pursue Bostex and their associates, or anyone writing incorrect information such as stated above. As such, what I request is that you please update your story to include the true facts and not simply those of one-side, which are incorrect, unlawful and harassing to myself, my company and our workers. 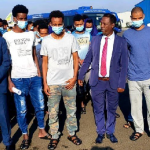 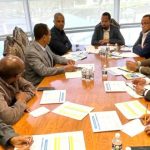