No Effort Should be Spared towards Creating a Better Ethiopia

“The country is without an informed public, progressive civic societies, centrist parties with a broad base and institutionalised power,” it read.

This has been a fact of life throughout the history of the country. Today, what is most worrying are the ethnocentric forces creating havoc at various locations, displacing tens of thousands whom they consider “aliens” across the country.

This is partly attributed to the feelings of hopelessness among the younger generation due to unemployment, exacerbated by years of economic mismanagement, grand corruption and failure of the education system.

It is unfortunate that even universities have become one of the most feared places where ethnic animosity is witnessed. Arguably, they have now become “ethnic” instead of federal universities, undermining the vision and mission they advocated upon establishment.

When the public loses trust in institutions of higher learning, whom should they turn to?

No less true is that the political elites have loose links with their constituencies and do not seem to have any control over disparate groups who raise diverse issues of political and economic interests. As a result, no group has taken responsibility for any one of the egregious attacks that have taken place here and there.

I suggest that in order to stop groups with hidden agendas from committing crimes, the youth, who are actively engaged in political action under various names, be organised and form associations in their respective localities.

Such schemes would minimise the occurrence of mob actions, which often have an ethnic bent. Likewise, political parties should talk to their constituencies in town hall meetings and make their stances about political issues clear, so that they do not become a cause for violence.

Equally, the administration of Prime Minister Abiy Ahmed (PhD) should strengthen state institutions including the police forces – local and federal. In places like Addis Abeba, the police force should be a mix of diverse ethnic groups that reflect the demographics of the city.

Finally, the active presence of civic societies is vitally important toward having an informed public that would uphold democratic principles and respect the rights of citizens irrespective of their ethnicity, religion and political beliefs. No effort should be spared in supporting the ideals espoused by Prime Minister Abiy and his team toward creating a better Ethiopia. 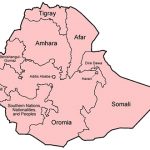 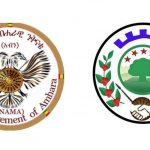