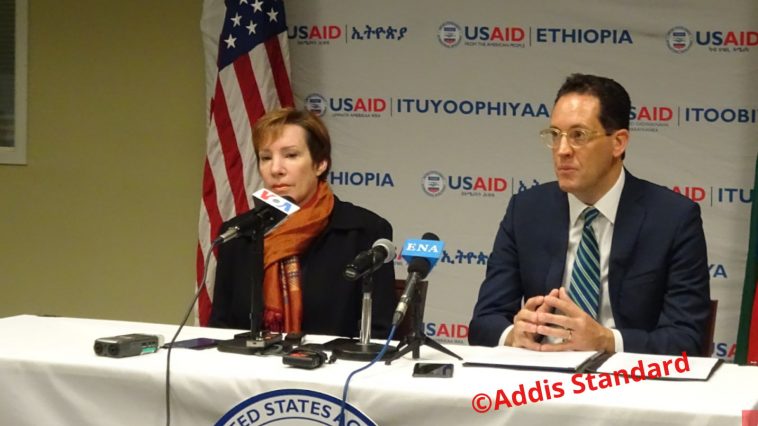 Addis Abeba: The United States announced today that it was providing an additional $488 million in critical humanitarian assistance Ethiopia “as an historically unprecedented drought threatens the survival of more than 8.1 million people.”

The announcement came as the Ethiopian Human Rights Commission (EHRC) called yesterday for immediate intervention especially in neglected and drought ravaged Oromia, Somali regional state, and asked the government to make informed announcement on the extent of the devastation caused by the drought.

“Communities across southern and southeastern Ethiopia are experiencing the worst effects of the four back-to-back drought seasons. Farmers are experiencing widespread crop losses and 2.5 million livestock deaths have been reported – a significant loss in sources of food and income,” the U.S. said.

Speaking to local media, Ambassador Tracy Jacobson, Chargé d’affaires of the U.S. Embassy, stated that the drought Ethiopia is experiencing is the “worst” in recent history of the [country], based on her trips to drought-affected areas in the East, particularly in the Somali region.

the drought is taking a toll on their ability to get an education as nearly 650,000 children are out of school, and more than 2,000 schools closed due to lack of water

The assistance of the 488 million USD would reach some 4.8 million people out of the total of more than 8.1 million Ethiopians affected by the drought, Sean Jones, USAID Mission Director, said.

According to him, with the latest support, the engagement by the U.S. has now reached more than 668 million USD this year only, and about 1 billion USD in the past two years. Director Jones also added that the funds would be directed into primary areas of emergency food assistance and providing life-saving nutrition for malnourished children.

“For children, the drought is taking a toll on their ability to get an education as nearly 650,000 children are out of school, and more than 2,000 schools closed due to lack of water. In some drought-hit areas, recent reporting shows a 51 percent increase in child marriage as families try to cope, reversing decades of progress made in combating child marriage across Ethiopia, according to the United Nations Children’s Fund,” a statement by the embassy said.

The assistance is “unconditional and reflected in American values,” Director Jones further said. He called on other partners to step up and contribute their shares. “The United States has stepped up to meet the majority of immediate funding gaps to save lives now, but it is imperative that the Government of Ethiopia, other donors, and international partners join us to help prevent significant loss of life and meet expected humanitarian needs into 2023,” the statement reinforced the director’s views.

Recently, Ambassador Jacobson and Deputy USAID Mission Director, Adam Schmidt,  traveled to Gode, in the Somali region to see the impact the drought was causing in the region, where impacted nine of the 11 zones. During the visit, the U.S. has provided 110 million USD.

The additional funding announced today will be used to provide “emergency food assistance for millions of people, staving off starvation, life-saving nutrition to treat malnourished children, Support for populations, farmers, and agribusinesses to build resilience, safe drinking water and emergency health care to prevent disease exacerbated by hunger, and protection for women and children to prevent gender-based violence.” AS 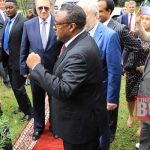 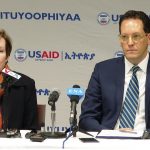