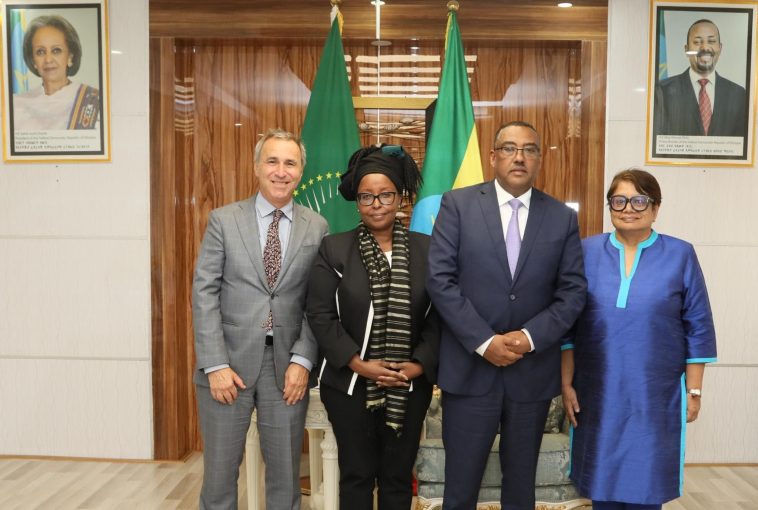 Addis Abeba – The three members of the UN International Commission of Human Rights Experts on Ethiopia “reiterated its requests for access to areas relevant for its investigation”.

The UN experts said this an the end of the team’s first visit to Ethiopia held between 25 to 30 July and “after having met with various individuals to discuss several aspects related to their mandate.”

According to the statement issued by the Commission, its experts, Kaari Betty Murungi – Chair, Steven Ratner, and Radhika Coomaraswamy, “met with government officials, including the Deputy Prime Minister, the Minister of Justice, and other senior officials. They also met with members of the National Dialogue Commission and Inter-Ministerial Task Force, members of the Ethiopia National Human Rights Commission, members of civil society, diplomats, and UN agencies and staff in Ethiopia to discuss the current human rights situation in the country.”

“The Commission hopes that the government will provide it with unhindered access without delay, so that it may visit sites and speak freely and privately with survivors, witnesses, and other persons of interest.”

It is recalled that a source close to the matter told Addis Standard on 22 July that the trip by the three experts was “the continuation of the discussions held in Geneva in March 2022 at the sidelines of the 49th session of the UN Human Rights Council,” where a delegation led by Ethiopia’s Minister of Justice, Dr. Gedion Timothewos discussed with the Experts. “This visit of the Commission to Ethiopia is to continue this discussion “on the modalities for engagement with the Commission.”

The statement by the experts confirmed that in its meetings with government officials, the Commission “discussed modalities for cooperation, including its interpretation of its mandate, and reiterated its requests for access to areas relevant for its investigation. The Commission hopes that the government will provide it with unhindered access without delay, so that it may visit sites and speak freely and privately with survivors, witnesses, and other persons of interest.”

The Commission reminded that it has delivered an oral update to the U.N. Human Rights Council in Geneva on 30 June on the progresses after March this year.

The Expert’s chair Ms Murungi expressed alarm “by ongoing atrocities against civilians, including events reported in the Oromia Region,” she said referring to the 18 June atrocities in Western Oromia. Ms Murungi also cautioned that “any spread of violence against civilians, fueled by hate speech and incitement to ethnic-based and gender-based violence, are early warning indicators and a precursor for further atrocity crimes. These and the protracted humanitarian crisis including blockades to food and medical aid, supplies and services poses grave risk to the Ethiopian civilian population and the region.”

According to the Chair “the Commission has begun its work, though subject to some significant constraints. We welcome the co-operation of the Government of the Federal Democratic Republic of Ethiopia,” she said and requested for further “support of member states, including those to whose territory we seek access; national state governments; international and nongovernmental organizations, and the donor community.”

The Ethiopian government had initially opposed to the appointment of the Experts and in April, voted to block the U.N. funding for it, unsuccessfully. But the planned trip by the Experts indicates that the government is willing to discuss on the modalities and engagements of the Commission and its works in Ethiopia.

However, among the requirements the Ethiopian government put forth for “modalities of engagement” include a non repetition of the joint United Nations High Commission for Human Rights and the Ethiopian Human Rights Commission report on gross rights violations committed in Tigray as well as non-interference by the experts in the government’s measures being taken “to ensure accountability” among others. AS 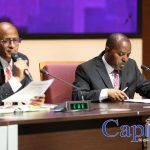