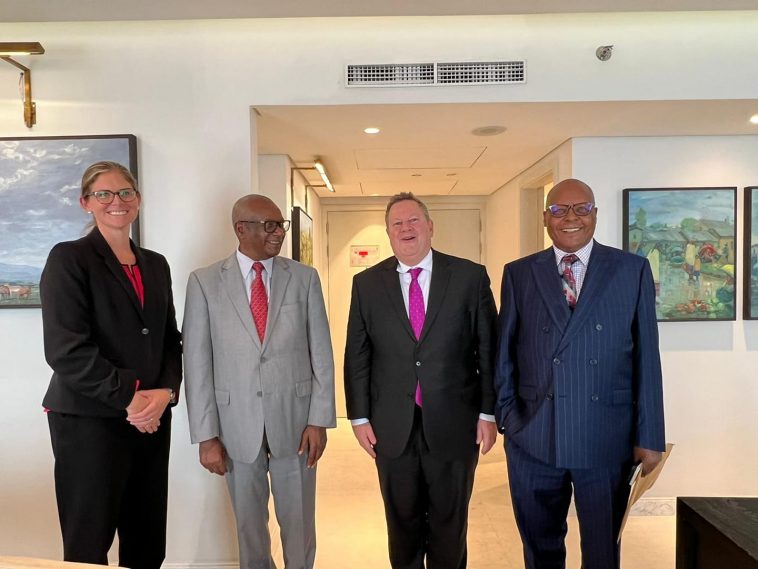 Addis Abeba: The chairmen of two Oromo opposition parties, namely the Oromo Federalist Congress (OFC) and Oromo Liberation Front (OLF), Professor Marara Gudina and Dawud Ibsa, met with ambassador Mike Hammer, U.S. envoy to the Horn of Africa yesterday, 29 July in the capital, Addis for discussions circulating around the overall politico-economic context of the Oromia region and Ethiopia as a whole

The envoy meet with the pair as part of his visit to Ethiopia, intending to hold deliberations on planned peace talks between the Ethiopian government and Tigrayan People’s Liberation Front (TPLF) in an attempt to bring about an end to the Tigray war. The parties conversed at length with the ambassador about the prevailing political, economic, and security concerns of the country whilst briefing him on the stand of both parties in such regard. ‘’ The devastating drought, war, political prisoners as well as the upcoming national dialogue’’ in an extension of the discourse surrounding dilemmas facing Oromia, according to a presser by OFC.

Both opposition figures detailed that there has been a trend of applying military measures to political problems, exacerbating the deteriorating situation. Furthermore, it was stressed that both parties emphasized an inclusive national dialogue process with the participation of neutral and independent bodies. As per the account of the high-ranking forename party officials, OLF and OFC are currently operating under difficult conditions, however, they vowed to continue their peaceful struggle. The political executives of OFC and OLF stressed the ‘unconditional release of political prisoners, cessations of hostilities, the opening of their closed offices, and the right to freely operate and move around.’ as steps in forwarding solutions to the complications challenging the Ethiopian state. Finally, it was indicated in the same presser that the American diplomats disclosed to the discussants from OLF and OFC that these two parties have huge roles to play in ensuring peace in Oromia, Ethiopia, and the wider region.

This comes in the continued tradition of how the Caucus of Opposition Parties (COP), an assembly of ten parties of which OLF and OFC are constituents, met with foreign diplomats at the British Embassy in Addis Abeba on the 20th of July, 2022. Similarly, the COP had requested a cessation of hostilities in all conflict areas of the country and proposed international monitoring to maintain it, assurances from the ruling party and key stakeholders that the commission will be restructured and future processes will be inclusive, and diversification of the agenda to be tabled for discussion, and broadening participation of commission participants to include non-Ethiopian passport holders, arguing that such individuals would be beneficial.

Mike Hammer is the third envoy to be appointed by President Joe Biden after previous incumbents, Satterfield and Feltman. The ambassador arrived in Ethiopia as part of a visit to Egypt, the United Arab Emirates, and Ethiopia between package July 24- August 01, his stay in Addis was underpinned by the major intentions to bring the war in the Northern part of the country to a close in combination with the offering of diplomatic support for peaceful resolutions over contentions over the GERD. AS 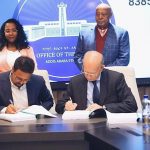 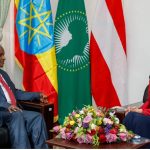