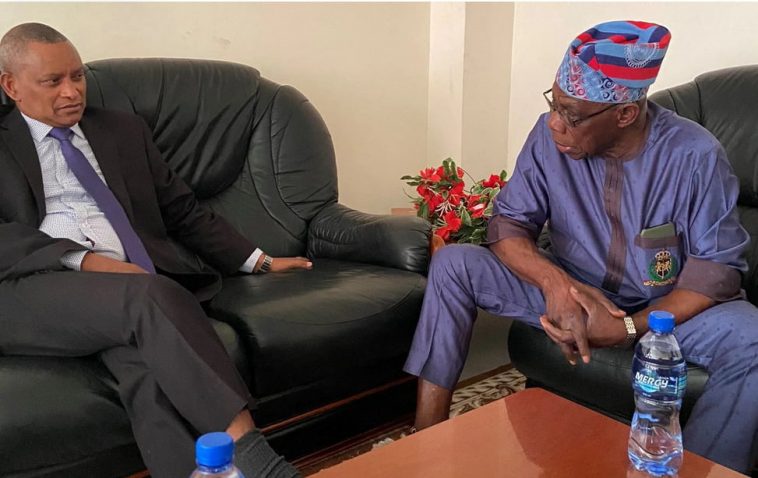 Addis Abeba – AU High Representative for the Horn of Africa, Olusegun Obasanjo, is expected to brief the African Union (AU) Peace and Security Council (PSC) on Thursday 04 August on the situation in Ethiopia and his activities since the last meeting of the PSC on the topic. The Council will convene its 1097th session for an updated briefing on the situation in the Horn of Africa.

The last time the High Representative addressed the Council on the situation was during its 1064th session held on 10 February. It is to be recalled that a briefing session was planned to take place on 4 May and then on 5 July but both sessions were later canceled. Tomorrow’s briefing would provide update on the activities of the High Representative since his last briefing in February and overall developments regarding the situation in the country.

The representatives of Ethiopia, as a concerned country, and the Intergovernmental Authority on Development (IGAD) are also expected to deliver statements through their representatives.

The PSC Chairperson for August, The Gambia’s Permanent Representative to the AU, Jainaba Jagne, is expected to start the session with an opening remark. AU Commissioner for Political Affairs, Peace and Security (PAPS), Bankole Adeoye, is also expected to make statement.

PSC members may be interested to hear about the state of the implementation of the declared truce and how far it moved the needle on the delivery of humanitarian assistance in Northern Ethiopia, particularly Tigray

One of the major developments Obasanjo is likely to highlight is the 24 March declaration of an “indefinite humanitarian truce effective immediately” by the government of Ethiopia. This was reciprocated by the Regional Government of Tigray expressing their commitment to respect the truce and cessation of hostilities provided that humanitarian assistance is delivered adequately and timely. Regional and international actors including AU, UN, and the Intergovernmental Authority on Development (IGAD) also welcomed the said truce. The Chairperson of the Commission, in a statement issued on 25 March, welcoming the truce, stated that he “continues to advocate for a negotiated permanent comprehensive ceasefire.” The 25 March statement by UN Secretary-General, António Guterres, also commended the humanitarian truce while stressing that the positive development should “translate into immediate improvements on the ground.” Guterres further urged for the “restoration of public services in Tigray, including banking, electricity and telecommunications” and for all sides to “enable and facilitate the delivery of desperately needed humanitarian assistance across all affected areas”.

PSC members may be interested to hear about the state of the implementation of the declared truce and how far it moved the needle on the delivery of humanitarian assistance in Northern Ethiopia, particularly Tigray. The first humanitarian convoy of 20 trucks since mid-December arrived in Tigray through the Semera-Abala-Mekelle route a week after the declaration of the truce on 1 and 2 April. WFP reported that 170 trucks transported humanitarian supplies into Mekelle during April, which, according to the UN agency, was enough food for 8% of WFP’s target population.

On the activities he carried out, Obasanjo is expected to brief the Council about the outcome of his interaction with the Federal Government and the leadership of the Tigray region in late May and early June. During his media engagement on 1 June, Obasanjo told BBC Focus on Africa that the peace process was progressing “very slowly but steadily”. The “truce”, though fragile, has continued to hold. While highlighting next steps, Obasanjo is likely to point out his expectations that the truce would translate into a negotiated ceasefire, paving the way for peace talks for a comprehensive political agreement for the full resolution of the conflict.

Both sides have reaffirmed their commitment to the peaceful resolution of the conflict. The government announced the establishment of a seven-member committee for the peace talk. On the other side, the President of the regional government of Tigray in an open letter he issued on 13 June expressed readiness to participate in a “credible, impartial, and principled peace process”. But, the same letter also raised concern that “the proximity of the High Representative to the Prime Minster of Ethiopia has not gone unnoticed by our people”. On 18 July, the Tigray regional state also reportedly set up a team of negotiators for the talks with the federal government.

There is apparently disagreement between the two parties on who should lead the negotiation – the federal government wants the peace talk to be held under the auspice of the AU while Tigray regional state prefers peace talks facilitated by Kenya with the support of international partners, including US, EU, UAE, UN, and the AU. There are reports that peace talks may start soon in Kenya. In this respect, members of the PSC may seek from Obasanjo on the level of preparations for the start of the talks and ways of addressing the deficit of trust undermining progress for starting peace talks.

On the security front, the situation remains relatively calm, although tense and volatile. In May, clashes were reported between Tigray forces and Eritrea though it did not worsen into a full blown conflict. The leaderships in Tigray and the federal government have also continued trading accusations of mobilization of forces, raising the specter of renewed conflict.

During his last engagement with the PSC, Obasanjo stated that “we …continue to call on all parties to fully withdraw from occupied territories and to return to their original positions…in order to lay the foundation for the commencement of dialogue and negotiations.” On 12 April, the authorities in Tigray announced the withdrawal of their forces from Erebti, in the Afar region. Subsequently, they also announced the withdrawal of all their forces from Afar and declared their expectations for unhindered delivery of humanitarian aid into Tigray. One territory that remains major site of contention from which Tigray forces call for withdrawal of forces that seized the region since the start of the war is Western Tigray.

The PSC may also reiterate Obasanjo’s call from his February briefing for release of all political prisoners and prisoners of war.

Obasanjo’s briefing is also expected to touch on the humanitarian situation in the northern part of the country. In this connection, the High Representative may highlight the relative increase of aid deliveries to Tigray region following the humanitarian truce. According to OCHA’s 22 July situation report, “in Tigray Region, since the resumption of humanitarian convoy movement on 1 April, and as of 19 July, 4,308 trucks have arrived in Mekelle via Afar through 30 humanitarian convoys.” The convoy movement also included 1,081,155 liters of fuel, though partners requires 2 million liters each month. Although the government rejected it as ‘myth’, an EU official who visited Tigray pointed out that shortage of fuel is preventing the delivery of much-needed humanitarian aid. In a press conference after the meeting of the Council of the EU, Joseph Borrrel, High Representative of the EU for Foreign Affairs and Security Policy, told reporters that progress made “not enough for full normalization of relations” and underscored the need for “restoring basic services in Tigray and lifting restrictions on fuel and fertilizers…to save millions of people from death.” Given that this is also a farming season, Obasanjo may also touch on the need for ensuring that fertilizers and other farm inputs are promptly released and availed to farmers.

Despite progress in aid delivery, the humanitarian situation in the northern part of the country remains alarming with high levels of food insecurity and malnutrition. The 27 June OCHA humanitarian update indicates that the number of people in need of food assistance in northern Ethiopia has increased from 9 million in November of last year to more than 13 million people, of which 4.8 million in Tigray, 1.2 million in Afar and over 7 million in Amhara regional states. The other issue that the High Representative may also touch on is the non-resumption of basic services such as banking, electricity, telecommunication. In his last briefing on 10 February, he pointed out that “the continued limitations in access to essential services is worsening the dire humanitarian situation in Tigray and other areas directly affected by the conflict.” He went on to tell the PSC that “[w]e should collectively continue to urge the Federal Government to lift the blockade and restore services as critical confidence-building measures.”

The other issue that Obasanjo touched on from his last briefing was release of prisoners. It is to be recalled that Tigray forces reportedly announced the release of over 4000 prisoners of war, while it is reported that a few thousands more remain in prison in Tigray. In a statement it issued on 30 June, Ethiopian Human Rights Commission report called for the immediate release of 8560 Tigrians held in two camps in Afar region noting that they “are detained illegally and arbitrarily based on their ethnic identity.”

No outcome document by way of communique or press statement came out of the previous sessions including the previous 1064th session during which the High Representative briefed the Council. This time, the PSC may issue a communique. The PSC may recognize the humanitarian truce as an encouraging development towards addressing the dire humanitarian situation in the north, but at the same time, express concern over the prevailing gap between the humanitarian needs on the ground and the level and pace of delivery of aid so far. In this respect, members of the Council may appeal to all parties to ensure that the humanitarian truce holds and act in good faith to allow flow of aid commensurate with the needs on the ground including by creating conditions such as increased access to fuel that enable humanitarian actors to execute emergency relief efforts. The PSC may also reiterate Obasanjo’s call from his February briefing for release of all political prisoners and prisoners of war. Members of the Council may also stress on the importance of building on the humanitarian truce and reiterate the call made by the High Representative during his February briefing for the restoration of disconnected social services including telecommunication, banking and electricity and urgent distribution of fertilizers and other farm inputs for farmers. The PSC may also recognize as positive step withdrawal of Tigray forces from Afar and may reiterate the call Obasanjo made in February for “all parties to fully withdraw from occupied territories and to return to their original positions.” On security and peace process front, while welcoming the fact that the truce the parties declared is holding, PSC may request that further steps are taken towards negotiating permanent ceasefire and peace agreement. It may encourage the parties to build on the pronouncements they made expressing their commitment for starting peace talks. Amani Africa Dispatch. 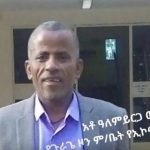 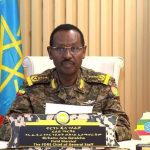