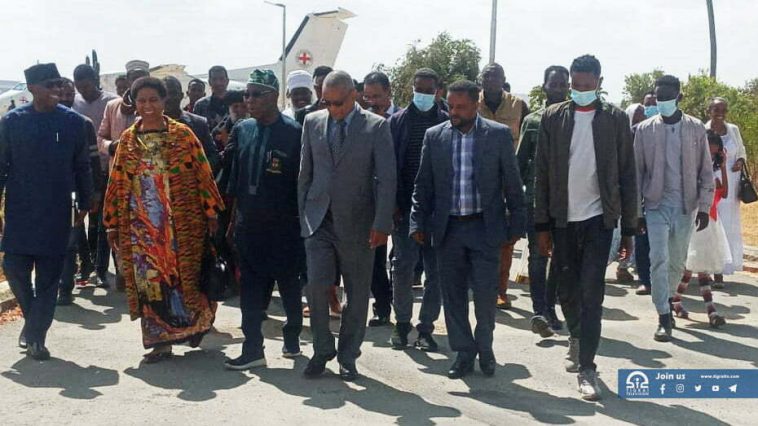 Addis Abeba – Olusegun Obasanjo, High representative of the AU to the Horn of Africa and chief peace negotiator between Ethiopian government and Tigrayan authorities, told the senior leadership of Tigray regional state that “no country should accept the presence of foreign country on its land.”

Chief Obasanjo and Dr. Phumuzile Mlalmbo, former Deputy President of the Republic of South Africa, who was one of the three African mediators during the peace talks in South Africa, visited Mekelle, the capital of Tigray regional state. on 24 November, where they met and discussed with senior members of the regional state as well as representatives of religious institutions on the progress of implementation of the peace deal.

“All along, these issues, among others, have been issues that we have been working on; the issues of foreign troops. No country should accept the presence of foreign county on its land,” Chief Obasanjo said, adding that issue has been raised and discussed during the peace talks in Pretoria and the follow up meeting between senior military leaders of both sides in Nairobi. “These issues came up for discussion and ]the] way out.”

He also told the Tigrayan leadership that the visit of the delegation to Mekelle was to see how best the issues that were raised during the meetings in Pretoria and Nairobi, and the ones that were not raised, such as issues of bringing about substance, and “issues of human rights and how to get them all settled, so that peace, security, stability, progress and the welfare and well-bieng of people, all the people of Ethiopia can be ensured.”

Speaking to the local broadcaster Tigray TV after the meeting, Ambassador Wondimu Asaminew, one of the negotiating team from Tigray, said that the AU delegation was briefed by senior regional official asaid, Tigray region President Debretsion Gebremichael (PhD) on things that have been done from the Tigray side in terms of implementing the agreement which includes creating consensus among the people about the peace agreement, debrief regional media houses into peaceful and reconciliatory reporting, preparing offices for services to be restored among others.

He also said that the Tigrayan leaders informed the AU delegation about major challenges they are facing in the process of implementation of the peace agreement, the presence of Eritrean forces in Tigray and alleged atrocities they are committing being the “most problematic factor”.

This comes amid repeated calls from Tigrayan officials for the Ethiopian government to act on the withdrawal of Eritrean troops and Amhara forces from the region which they accuse of looting and killing of civilians.

Tigrayan forces’ top military leader Lieutenant General Tadesse Werede said on Tuesday 23 November that his fighters have been debriefed on disarmament protocols and that their disengagement will follow within the next two to three days.

He added the disarmament of heavy weapons of the Tigrayan combatants is linked to Eritrean and Amhara forces withdrawal from the Tigray Region.

No statement has been made on the latest visit of the AU delegation to Mekele by neither the AU nor the Ethiopian federal government. AS 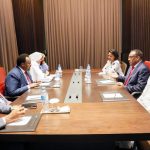 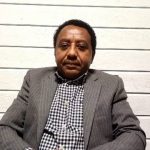