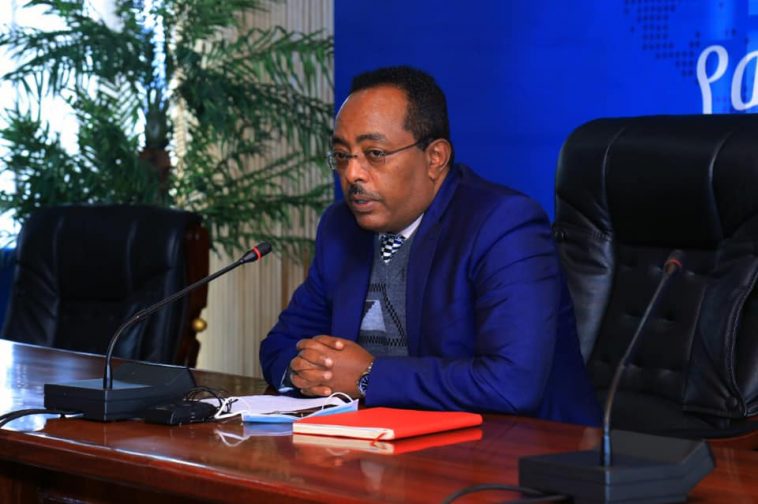 Addis Abeba – The Prime Minister’s National Security Adviser, Ambassador Redwan Hussain, said that the Federal Government “is ready to talks anytime, anywhere,” and that “talks should begin without preconditions.” The Ambassador said this during a briefing to Horn of Africa Special Envoys of the UN, the EU & the USA as well as Ambassadors of US, France, Germany, Italy and UK to Ethiopia.

The Minister of Justice, Dr. Gideon Timothy, was also part of the briefing. Together with five others, the two senior officials constitute the peace committee formed by the ruling Prosperity Party (PP) and is led by deputy Prime Minister and Minister of Foreign Affairs, Demeke Mekonnen.

Ambassador Redwan further said that the “AU leads the process and can solicit logistical support from any source,” giving signals that other stakeholders can get involved in facilitating the talks, but under the auspices of the AU led peace initiative.

In a recent interview with the local Tigray TV, Debretsion Gebremichael (PhD), President of Tigray regional states, said Tigray wanted to end the war with peaceful resolution, that to hold peace talks certain preconditions must be met initially. “Basic services must be restored,” he said, adding, “we’re ready to negotiate based on the constitution.”

He further told the media that Tigray has asked to “tell us the exact time when the basic services will begin. If they don’t keep their word, [then] tell us. We have given them a deadline to tell us if there is anything that bothers them [to start the basic service]. If they don’t answer, it’s an answer for us. It means they didn’t want to [negotiate]. If they agree on our request, we will talk about on how to execute the details. There is no such thing as just waiting,” he said.

UN experts to travel to Mekelle

Ambassador Redwan also said that the diplomats they met today were briefed “regarding efforts made to create collaborative environment and narrow gaps with a  commission of experts of UN,” Ambassador Redwan said, adding the experts “are allowed for a round trip to Mekelle.”

On 30 July, the UN experts are expected to issue a communiqué on their visit.

Ambassador Redwan Hussien, Security Advisor of Prime Minister Abiy Ahmed, said on 12 July that the seven-member peace negotiation team held its first meeting on 12 July. “The peace alternative main committee held its meeting today 12 July. [The committee) has discussed and decided on its own course of action and code of ethics for the discussions to be held under the leadership of the African Union. By organizing sub-committees it has also divided responsibilities and began its work,” Amb. Redwan said.

The team was announced shortly after the Minister of Justice Gedion said that the ruling party’s executive and central committee meetings “put a direction” to peace alternatives “in a manner that respects the constitution and national interest” of the country and “facilitated by the African Union.”

Subsequently, On 18 July, Getachew Reda, the spokesperson of Tigrayan Peoples’ Liberation Front (TPLF), the party administering the Tigray regional state, has said that Tigray “will be ready to send a delegation to Nairobi… and have established a team with high-ranking members.”

But questions remain. Although the ruling party said peace talks were to be held under the “facilitation of the African Union,” in a letter addressed to President Macky Sall, Chairperson of the African Union and President of Senegal on 14 June, Debretsion Gebrechichael (PhD), President of Tigray state, expressed reservations in the AU led process. “The silence of the African Union over the war and the atrocities perpetrated by the forces ranged against us was a betrayal of the Foundational Principles of the Union. We have consistently condemned the failure of the African Union Chairperson and his High Representative to take a position consistent with their solemn obligations under the Constitutive Act of the Union, the Protocol establishing the Peace and Security Council, and a host of other commitments entered into. In the considered view of the People and Government of Tigray the leadership of the African Union Commission has yet to redeem its failures and restore our trust,” the letter said. AS 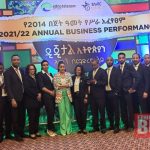 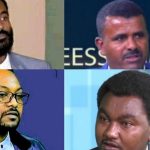