Addis Abeba – Germany and France offered their support to transport and distribute 50,000 tons of wheat donated by Ukraine for Ethiopia and Somalia, two of the countries in the Horn of Africa severely affected by the ongoing drought.

Ukraine’s Cabinet Ministry announced in September that Ukraine would reimburse Ethiopia and Somalia for $11.4 million worth of wheat. In his speech at the General Debate of the 77th session of the UN, President of Ukraine Volodymyr Zelenskyy, stated that despite all the difficulties caused by the war, Ukraine decided to provide humanitarian aid to Ethiopia and will send an additional amount of Ukrainian wheat for Ethiopian people.

“The Ukrainian donation is a sign of great solidarity while the country suffers a war of aggression. A state, which is itself in need, gives generously to save people in the Horn of Africa from starvation. The grain from Ukraine will enable millions malnourished people in Ethiopia and Somalia to receive a month’s ration of grain” the statement from this morning said, adding that “the food aid helps ensure that families’ basic needs are met and that they can spend what little money they have of their own more on local foods such as vegetables, fruit, fish or meat.”

In Somalia, half of the population is dependent on humanitarian aid, 121,000 people are already in famine (IPC 5) and by December, the number is expected to reach 300,560. In Ethiopia, 24.1 million people are currently affected by drought and more than 20 million are food insecure nationwide. In total, more than 20.5 million people in drought-affected countries Ethiopia, Somalia and Kenya need food assistance.

In 2022, Germany has already earmarked 126 million euros for humanitarian aid in Ethiopia, Somalia and Kenya. Last year, it supported the WFP with over €700 million euro, providing food for millions of people. It is also providing more support for health, water supplies as well as support for disaster management.

Similarly, France is supporting the WFP, the Food and Agriculture Organization of the United Nations (FAO) as well as International NGOs such as ACTED or Action Against Hunger to improve food security through agriculture and nutrition as well as livelihoods for vulnerable populations in the horn of Africa. Ethiopia and Somalia are among the countries benefiting from the French food assistance program under the last installment for 2022. AS 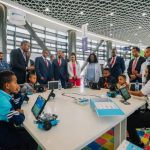 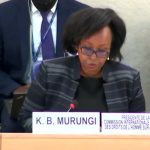