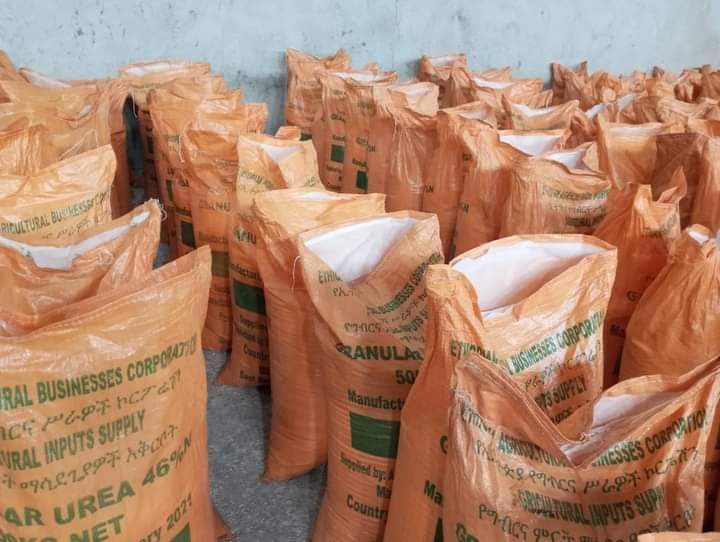 Addis Abeba- The office for expansion of cooperative unions in the West Arsi zone announced that more than 300 quintals of fertilizer were missing from its warehouse. Subsequently, Five people were arrested in connection with the incident, the West Arsi police department said.

Mardiya Jamal from the bureau of the expansion of cooperative unions in the West Arsi zone told the Oromia regional state broadcaster that an inventory committee was set up, constituted of different bodies, to address these visible lackings. She said, ‘’3200 items were missing from our inventory, following the selection and audit of our inventory.’’

Mardiya added that in this specific warehouse’s experience, 7-8 Kilos were found to be missing from 50 kilos of imported fertilizer totaling 300 quintals. She also suggested that post-audit figures could present higher numbers.

She went on to explain that deficiencies can occur in two ways, the first one being when the fertilizer enters the warehouse, a few Kilograms up to 20 Kgs go missing when the bags are changed. The second one, according to Mardiya is, stealing from the warehouse during storage. “When the fertilizer is imported from Djibouti, it arrives 50 kilograms a pack. These are then transferred to new bags after deducting 5 – 10 kilos and sealing the bags anew, she detailed.

Members of the aforementioned inventory body, who conducted a study on the issue, found out that there were significant problems. Imported fertilizers were found to be missing kilograms, some bags were missing, the mouths of some bags were open and even some empty bags were collected.  Mardiya added that her office was working with law enforcement to bring perpetratprs to the court of law.

Commander Abduljabar Amano, the deputy director of Peace and Security of the West Arsi zone Police Department, told the media that suspects have been put under arrest and that their cases are being investigated.

The increase in prices of fertilizers in Ethiopia has been an issue of concern to farmers. Fertilizer has increased by 150 percent during this year compared to the last. According to the Ministry of Agriculture, Ethiopia purchased 12.8 million quintals of fertilizers in March this year. Sophia Kassa (PhD), State Minister for Investment and Input sector at the ministry said,  “As a country, we have already won the bid and secured the deal. That’s why we still get a better price.” AS 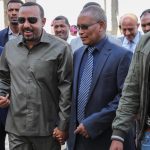 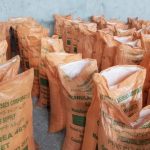