Addis Abeba – The Ethiopian Finance Intelligence Service (FIS) has warned agencies and local actors it accused of involving in illegal money transfer activities to refrain from their activities.

In a statement it issued via state media, FIS, a federal institution established to coordinate various institutions involved in the fight against money laundering, financing of terrorism and proliferation of financing crimes, among others, said “some entities” were “carrying out money transfer under the guise of legal money transfer,” depriving Ethiopia of the foreign currency that it should be getting from various sources and committing financial crimes and keeping away the foreign currency Ethiopia needed to get “in foreign countries.”

The warning came in the backdrop of a never before seen gap in foreign currency exchange rates between the official and the informal market attributed to shortage of foreign currency. According to media reports last week, the Ethiopian birr being “traded as high as 92 a dollar on the black market.”

FIS accused some money transfer agencies based abroad of keeping their deposits outside of Ethiopia and making payments in Ethiopian Birr “by colluding with their accomplices in Ethiopia and avoiding the foreign currency that should be legally brought into Ethiopia.”

In particular, FIS named agencies called ‘Adolis’, ‘Shege’, ‘Salam’, and ‘Red Sea’ that it said were involved in money transfer activities abroad and accused them of preparing and using fake receipts to pretend that they had sent foreign currency to Ethiopian banks, which should have been legally brought into Ethiopia. But in reality FIS blamed them of retaining the forex in foreign banks and |exacerbating the cost of living” in Ethiopia.

FIS further said that it’s information indicates that these money transfer agencies were making payments in Birr assisted by more than 600 financial sources from their associates based in Ethiopia.

“These entities are causing damage to Ethiopia’s financial system by allowing money that should have entered Ethiopia legally to be used for various criminal activities including contraband,” state media referred FIS’s statement as saying.

The federal Service has announced that it will continue its work with local stakeholders and partner institutions in foreign countries to hold those who commit such financial crimes, including illegal money transfer activities, and their accomplices involved in the act accountable by law and warned the actors and their local accomplices who participate in such activities knowingly or unknowingly to refrain from their actions. AS 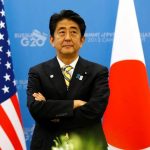 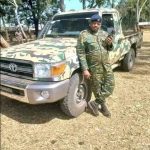