Addis Abeba – Josep Borrell, High Representative and Vice-President of the European Union, told EU parliament members that the block “will present a resolution at the Human Rights Council renewing the mandate of the International Commission of Human Rights Experts on Ethiopia.”

In a speech delivered on his behalf at the EU Parliament debate on the humanitarian and human rights situation in Tigray, Mr. Borrell said that the EU was “appalled by the gravity and scale of human rights violations and abuses, perpetrated by all parties to the conflict, since its beginning.”

“Those allegations must be investigated, and accountability ensured. There will be no durable peace, no reconciliation, without justice for the victims,” he said.

Early in September, Amnesty International, Defend Defenders (East and Horn of Africa Human Rights Defenders Project), Global Center for the Responsibility to Protect, and Human Rights Watch, have asked the Permanent Representatives of Member and Observer States of the United Nations (UN) Human Rights Council to “extend the expert commission’s mandate” on accounts of, among other, the Com­mission’s vital work “to ensure scrutiny of the situation in Ethiopia and advance justice, truth, and reparations for survivors, victims, and their families.”

The Geneva-based U.N. Human Rights Council created the International Commission of Human Rights Experts on Ethiopia (ICHREE) on 17 December 2021 and mandated it to investigate allegations of violations and abuses of international human rights, humanitarian and refugee law in Ethiopia committed since 3 November 2020 “by all parties to the conflict.”

However, from the get go, the Ethiopian government had opposed to the appointment of the Experts, and in April this year, voted to block the U.N. funding for it, unsuccessfully. Since then, Ethiopia has accused the Experts of having “weaponized human rights for political pressure.”

In its first report delivered to UN Human Rights Council’s 51st regular session on 22 September, ICHREE said there were reasonable grounds to believe that “war crimes and crimes against humanity” were committed by warring parties in Ethiopia’s war, and reasonable grounds to believe that the Tigray region is “systematically” deprived of material, services indispensable for survival. The report detailed a wide range of gross human rights violations committed against civilians, including Eritrean refugees. The violations are committed to a varied degree by the Ethiopian national defense forces, Eritrean defense forces, Amhara region forces including militia and the irregular armed group, Fano, and the Tigrayan forces in the course of Ethiopia’s war. AS 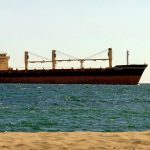 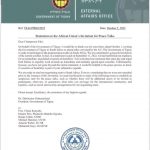