Addis Abeba – A delegation led by Major General Tesfaye Ayalew, head of deployment unit of the Ethiopian National Defense Force (ENDF) and coordinator of the temporary security command post in the Somali regional state is in Beledweyne, in the central Somalia.

The purpose of visit by the army and regional state senior military officers is aimed at stopping the harassment and invasion of the Al-Shabaab militants operating in neighboring Somalia. Furthermore, the delegation is expected to consult with the Somali Defense Army and the security leadership of the Hirshabelle State of Somalia, in south-central Somalia, which is located on the border with Ethiopia to the west. The discussion will center around the conditions in which military measures against the militant group can be “strengthened” and “destroyed.”

Major General Tesfaye and Commissioner General Mohamed Ahmed have held discussions with members of the AU Transition Mission in Somalia (ATMIS), which recently replaced its name from the African Union Mission in Somalia (AMISOM), and members of the ENDF’s ATMIS members who are deployed in the area on ways of “clearing and destroying the terrorist al-Shabaab militants who are hiding on the border between Somalia and Ethiopia in a joint operation,” the Somali region communication bureau further said.

The delegation hinted that joint operations between the Ethiopian national defense and the Somali region’s special forces in cooperation with the Somalia National Army and the army will yield results to destroy the Al-Shabaab militants active in the area.

The Somali region security council admitted on 25 July that military offensives were launched against the militant group, which entered the Afdheer zone of Somali region on 20 July from Aato, in Bakool region of neighboring Somalia bordering Ethiopia’s Somali region, which had “completely destroyed” the terrorist group. ENDF reinforcement were deployed in the area on the same day on 25 July.

Subsequently, the federal government communication service said on 27 July that military measured continued against militants in multiple locations within the Somali region and that the acations were “accompanied by victory.” AS 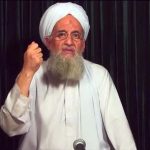 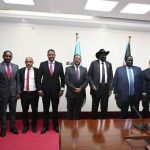