Addis Abeba – Intercommunal violence that erupted in Konso zone of Southern Nations, Nationalities and Peoples (SNNP) region in southern Ethiopia led to a new wave of displacement. About 37,000 people were displaced from 10 Kebeles including about 19,000 women and girls, a new report by the UNOCHA said.

“This includes the displacement of more than 32,000 people in Segen Zuria Woreda and more than 3,000 people in Karat Zuria Woreda (Fuchucha kebele) due to fighting between Konso and Derashe communities at the beginning of April. In the kebeles of Borqara, Mataragizaba, more than 1,000 persons have been displaced due to the violence, in the recent weeks”,
the report said.

According to Ale Special Woreda communications affairs office, community discussions are happening in various places to resolve the conflict in the adjacent areas of Konso and Ale Special Woreda. Efforts were also being made to relocate civilians who were displaced from Kerkerte Kebelle, Lageno sub-village and relocated to Maderia and Gizaba, Borqara, and Gegnara areas, and other areas to their areas of residence. When the IDPs arrived in Kekerte Kebele, Oybato Bane, they were warmly welcomed by the Karkere people.

The volatile security situation, particularly in Segen Zuria Woreda, is hindering the provision of additional critical assistance such as shelter, non-food items, water, sanitation and hygiene as well as health services

The UNOCHA said most of the displaced people are currently staying with the host communities in Segen Zuria and Karat Zuria woredas. Others are taking refuge in existing IDP sites in the zone. The regional authorities provided limited assistance to the affected population including 50 metric tons of food.

The volatile security situation, particularly in Segen Zuria Woreda, is hindering the provision of additional critical assistance such as shelter, non-food items, water, sanitation and hygiene as well as health services. Partners on the ground are working on a rapid joint assessment to gain a better understanding of the needs of the displaced population.

On 27 March, Geremu Gelebo, head of the revenue bureau of the surrounding districts of Segen woreda, was gunned down while dining in a hotel with his friends. Gadissa Karo, head of the woreda’s peace and security bureau, told Addis Standard that four suspects were arrested suspected of the killing of Geremu.

The Konso zone continued witnessing sporadic clashes that claim the lives of civilians especially over the past two years. Gudata Kutano, a member of the peace committee in the neighboring Kolme cluster kebeles, told Addis Standard that these clashes often result in the death and displacement of civilians.

A report released by Ethiopian Human Rights Commission (EHRC) in December 2020 detailed the sustained attacks in Konso zone and proposed some recommendations including transparent investigation into the role of officials within government structures and improving the measures to control increasing transfers of illegal firearms in the Konso Zone area.

“The underlying problems behind the longstanding insecurity in Konso Zone and its surroundings has not been given appropriate attention. The sheer number of people displaced, and that some of them are being displaced for the fifth time, is a tragic humanitarian crisis. While the provision of humanitarian assistance to the displaced is an urgent priority, the federal and regional governments need to work together with the local population to find a solution that will restore lasting peace to the area,” said EHRC Chief Commissioner. AS 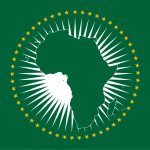