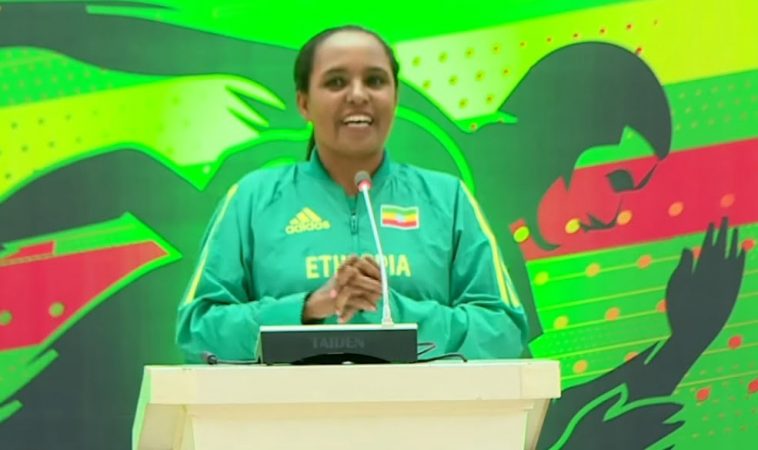 Addis Abeba – Legendary athlete Derartu Tullu, President of the Ethiopian Athletics Federation, has pleaded with the government to remove the blockade that disconnected Tigray-born gold-winning athletes from reaching their parents. She has also told President Sahlework Zewde that she wanted to see more Tigrayan athletes to participate in athletics activities both in Addis Abeba and to be able to do so in Tigray regional state.

During the welcoming ceremony held at the grand palace yesterday to recognize and gratitude Ethiopia’s athletics team that placed the country second in the medal table only to the host U.S.A at the 18th World Athletics Championship, Athlete Derartu took the opportunity to speak up about the pains of the gold medalist Tigrayan Athletes. Present alongside President Sahlework were also various ministers, mayor of Addis Abeba city and other invited dignitaries.

“As we know, the athletes of Tigray still haven’t had the opportunity to find their families. I assume our honorable president will definitely solve this problem”

“As we know, the athletes from Tigray haven’t yet had the opportunity to find their families. I assume our honorable president will definitely solve this problem. We think that our government will solve this problem,” Derartu said. “Because we have athletes in Tigray to line up wholeheartedly for the next tournaments and so that our happiness can come true.”

“They have not come to us. So that those who are there may begin their work, selected athletes to come here; the government should open the way for these athletes; the government knows that there are many basic necessities. We really want all those things to happen for us and we politely ask our government,” she pleaded.

Recently families of the gold wining athletes, Lethesenbet Didey and Goitytom Gebresilase, expressed their feelings about the victories of their daughters whom they were separated and disconnected for two years. Subsequently, Gotytom reacted with joy for the mere sighting of her parents through media.

Derartu’s plea citing the condition of Tigray and the inability of Tigrayan athletes to share their victories with their families and the people of Tigray is rare in its kind to be raised on state organized occasions and broadcast in public media, and many are praising her for the courage.

Ethiopia’s are expressing appreciations for Derartu’s role in leading the team, coordinating, cheering, strengthening, and maintaining the unity of the team so that the team could achieve a great victory in the world championship. The marathon gold winner Gotytom Gebresilase, described her as “the mother of Ethiopians”.

“After our athletes won, our athlete who was wiping her tears mixed with happiness and sadness with her flag, wishing her mother and father would see her victory, has touched the hearts of many of us,”

President Sahlework Zewde welcomed the national athletics delegation that returned victorious from the 18th World Athletics Championship at the grad palace. Various awards were presented to the delegation in the presence of ministers, senior government officials, and invited guests.

In her speech, the president explained that the victory brought by the athletes “has brought smiles to those who are worried, those who are sad, those who have a hard life, and those who wonder where we are as a country.”

“We may argue, but not fight,” said the president, describing the victory as a sign that there is light in the darkness.

“After our athletes won, our athlete who was wiping her tears mixed with happiness and sadness with her flag, wishing her mother and father would see her victory, has touched the hearts of many of us,” said the president as she fleetingly mentioned the result of the disconnection with Tigray.

Along with this, she thanked athlete Derartu Tulu for her works, stating that she put her own comfort aside, cried and prayed with the athletes when they were worried. “We have been in contact by phone every now and then. I thank her for helping me follow her heart,” said the president indicating that she shared her feelings.

Athletes who won gold were awarded a prize of 1.5 million birr and additional prizes were awarded according to their participation and success. A 40-gram gold necklace award was presented to the Ethiopian Athletics Federation President, Commander Athlete Derartu Tulu.

The 18th World Athletics Championships, hosted by the United States at the Hayward Field in Eugene, Oregon, from July 15–24, 2022 came to an end placing Ethiopia second in the medal table with ten medals: four gold, four silver, and two bronze 0 a total of 10 medals, while leading Jamaica and Kenya on the 3rd and 4th ranks. AS 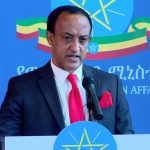 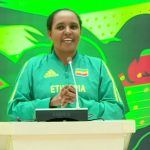