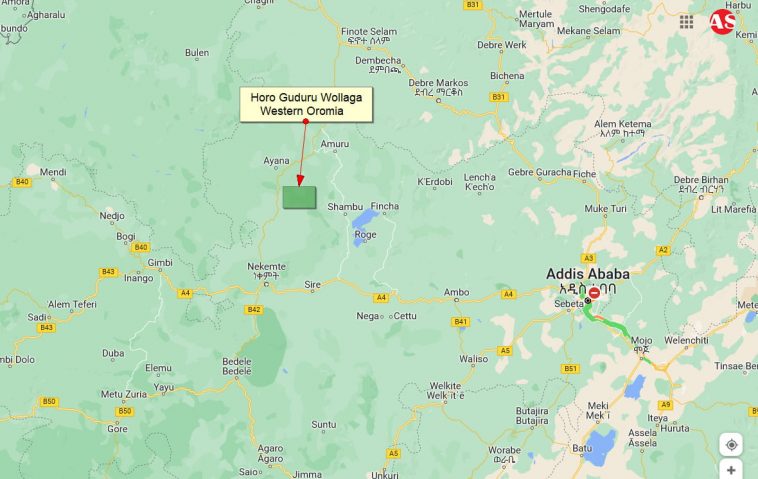 Addis Abeba– The Ethiopian Human Rights Commission (EHRC) has reported that more than 100 civilians were killed as a result of repeated identity-based violence perpetrated by irregular Amhara armed militia, members of the Oromo Liberation Army (OLA), commonly named as “OLF/Shene” by authorities, as well as armed individuals in western Oromia, in Horo Guduru Zone over a period of three weeks.

According to EHRC’s report, the killings took place in Amuru, Horo Bulk and Jardega Jarte woredas of Horo Guduru Wollega zone and came in the midst of communication blackout in the areas. The report also stated the displacement of thousands, widespread looting and destruction of private properties.

The spokesperson of OLA and the Amhara Association of America (AAA) both deny the accusation, and instead blame armed members of Amhara Fano and members of the OLA respectively.

A resident of Jardaga Jartee Woreda, in Alibo town who fled the area for safety told Addis Standard under the condition of anonymity for fear of reprisal, said that the attacks covered Jardaga, Alibo, and Amuru towns and it have been going on since Thursday, 22 September, three weeks after a similar attack in Agamsa in which more than 60 civilians were killed during the course of two days attack by armed men who gathered both from the local areas and those who crossed from the neighboring districts of the Amhara regional state, according to EHRC.

The witness who spoke of the latest attack blamed members of the Fano militia and said that they lost 21 close relatives of whom 14 were killed in one spot. The attacks started from Jardaga town and expanded to surrounding rural areas. It was not possible to put the exact number causalities since the attacks are on going and civilians continued fleeing the areas to save their lives. “There is no means of communication to identify who is dead and who is alive as well as where everyone fled to,” the witness who has fled the area told Addis Standard by phone. “It is clear the Fano, the armed group from Amhara carried out the attacks… Horo is going through unspeakable suffering. The world should know the truth.”

The witness also spoke of people who are displaced, widespread looting in the past few days. There are many who don’t know the whereabouts of their loved ones. Many have died but couldn’t be laid to rest. What we are going through is difficult to put into words and comprehend.”

In a short statement it issued on 24 September, the Federal Government Communication Service admitted the killing of civilians and members of the local militia in Horo Guduru and blamed OLA’s retreating forces for the killings. The government also blamed the attack on OLA as part of a “revenge” for the death of “Jaal Urji”, OLA senior commander in the area and his team,as well as to disrupt the Meskel and Irreechaa celebrations.

The Amhara and Oromia regional state governments have not issued statement as of the publishing of this news.

In a “situation update” dated 24 September, AAA blamed the killing on OLA members. “Amharas in Jardega Jartee, Oromia Region are under telecom blackout imposed by the Abiy regime amidst intensified attacks by OLA. This unlawful measure hinders investigations & prevents residents from calling for help.”

Similarly, in a tweet dated 27 September, OLA Spokesperson Odaa Tarbii the Amhara Fano militia of killing :over 80 civilians and displaced 40,000 in Jarte Jardaga (Horo Guduru) while the regime’s forces watched. Local administrators told residents outright that this was their punishment for not supporting the the Abiy regime,” Odaa said.

AAA accused EHRC of creating a “false equivalence” while OLA accused it of being “too politically compromised”… “the regime considers Fano’s massacre of Oromo civilians as a necessary part of its campaign against the OLA.”

According to EHRC’s report, the Commission has learnt that more than 100 civilians have been killed in repeated attacks perpetrated by both members of the OLA, Amhara informal armed group, armed individuals in Amuru, Horo Buluq, and Jarga Jarte districts of the zone (Horo Guduru) within three weeks after 09 September. “Evidences from the survivors, justice and administration bodies of the zone and aid agencies operating in the area indicate that private property were confiscated, and thousands of residents who were forced to flee the area are under harsh condition without sufficient aid,” the statement said.

Commissioner of EHRC Dr. Daniel Bekele urged the government to take “appropriate measures” to ensure the safety of civilians.

In the statement issued on 26 September the Oromo Liberation Front (OLF) accused the government of violating its own constitution and international laws. The OLF has also called on “all stakeholders to protect unarmed civilians and their property without any discrimination based on religion and or nationality. Unarmed civilians must be protected and their safety assured.”

A civil servant in Shaambuu City who also spoke with Addis Standard on the phone said that many of those who fled the attacks were able to reach Shaambuu City, the Zonal capital of Horo Guduru Wollega. The streets are full of people who fled the violence carrying plastics bags and walking in groups, the civil servant said. The displaced people are all over the place and some were sheltered in Wollega University’s Shambuu Campus while many others were able to shelter at individual residences. “Many of those I spoke with are in distress. Lost all their livelihood and are unaware of whether their loved ones are alive or dead. Some families were able to save some of their children but they are not sure what happened to the rest of their families.”

the witness criticized the governments’ lack of responses saying “no government body is coordinating shelters except for the Wollega University Shambuu Campus. However the local community is supporting the displaced with what they have including food, clothing and a place to rest. AS 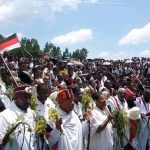 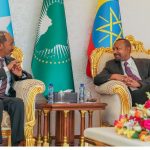