Addis Abeba – The European Union (EU) said it was “alarmed at the deterioration of the humanitarian operating environment” in Tigray, Amhara and Afar regional states since the resumption of militarized hostilities in 24August. The EU also said the fighting has reportedly left “tens of thousands” of people newly displaced and caused widespread damage to civilian property and infrastructure.

In a statement the block released through its Commission for Crisis Management, the EU confirmed reports that “the supply of humanitarian commodities and fuel as well as cash availability are still totally blocked for Tigray”. Humanitarian access is also “greatly impeded in all affected areas in Amhara and Afar.”

EU’s statement came a day after the USAID said categorized “northern Ethiopia” as “one of the most dangerous locations in the world for aid workers who risk their lives to protect people in need.”

According to the EU, humanitarian organizations had to suspend their operations and withdraw some staff from conflict-affected areas. “This is a serious blow to humanitarian operations and to millions of highly vulnerable people in Tigray, Afar and Amhara that depend on humanitarian aid for their survival,” Janez Lenarčič, EU’s Commissioner for Crisis Management, in charge of European Civil Protection and Humanitarian Aid and European Emergency Response Coordinator, said in the statement.

The EU referenced the report by the World Food Program (WFP), in which it stated that “13 million people across the Tigray, Afar and Amhara regions are in need of food assistance as a direct result of the conflict. At the same time Ethiopia is experiencing the most severe drought recorded since 1981, leaving an estimated 7.4 million people facing grave food insecurity.” 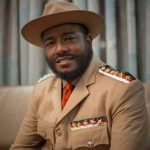 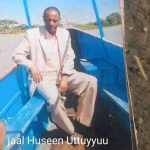