By Bjorn Lomborg
Exclusive for Capital

A new United Nations report has revealed the disturbing news that the number of global disasters has quintupled since 1970 and will increase by another 40 percent in coming decades. They find that more people are affected by disasters than ever before, and the UN Deputy Secretary General warns humanity is “on a spiral of self-destruction.”
Astonishingly, the UN is misusing data, and its approach has been repeatedly shown to be wrong. Its finding makes for great headlines-but it just isn’t grounded in evidence.
When the UN analyzed the number of disaster events, it made a basic error-and one that I’ve called it out for making before: It basically counted all the catastrophes recorded by the most respected international disaster database, showed that they were increasing, and then suggested that the planet must be doomed.
The problem is that the documentation of all types of disasters in the 1970s was far patchier than it is today, when anyone with a cellphone can immediately share news of a storm or flood from halfway around the world.
That’s why the disaster database’s own experts explicitly warn amateurs not to conclude that an increase in registered disasters equates to more disasters in reality. Reaching such a conclusion “would be incorrect” because the increase really just shows improvements in recording.
You would think that the UN would know better especially when its top bureaucrats are using language that sounds like Armageddon is here.
Unsurprisingly, climate change is central to the UN agency’s narrative. Their report warns there is a risk of more extreme weather disasters because of global warming, so the acceleration of “climate action” is urgently needed. Somehow, the huge international organization has made the same basic fallacy that many of us do when we see more and more weather disasters aired on the TV news. Just because the world is more connected and we see more catastrophic events in our media doesn’t mean that climate change is making them more damaging.
So how do we robustly measure whether weather disasters really have really become worse? The best approach is not to count the catastrophes, but to look instead at deaths. Major losses of life have been registered pretty consistently over the past century.
This data shows that climate-related events-floods, droughts, storms, fires, and temperature extremes-are not actually killing more people. Deaths have dropped by a huge amount: In the 1920s, almost half a million people were killed by climate-related disasters. In 2021, it was less than 7,000 people. Climate-related disasters kill 99% fewer people than 100 years earlier.
The UN report does include a count of “global disaster-related mortality”-and manages to find that contrary to the international disaster database, deaths are higher than ever before. They reach this conclusion by bizarrely including the deaths from COVID in the catastrophes. Remember, Covid killed more people just in 2020 than all the world’s other catastrophes in the past half century. Lumping these in with deaths from hurricanes and floods inappropriately seem designed to create headlines rather than understanding, especially when the agency is using the findings to argue for an acceleration of climate action.
The truth is that deaths from climate disasters have fallen dramatically because wealthier countries are much better at protecting citizens. Research shows this phenomenon consistently across almost all catastrophes, including storms, floods, cold and heat waves.
This matters, because by the end of this century, there will be more people in harm’s way, and climate change will mean sea levels rise several feet.
One comprehensive study shows that at the beginning of the 21st century, around 3.4 million people experienced coastal flooding each year, causing $11 billion in annual damages. About $13 billion or 0.05% of global GDP was spent on coastal defenses.
If we do nothing and just keep coastal defenses as they are today, vast areas of the planet will be routinely inundated by 2100, with 187 million people flooded and damage worth $55 trillion annually. That’s more than 5% of global GDP.
But we will obviously adapt, especially because the cost is so low. That means fewer people than ever will be flooded by 2100. Even the combined cost of adaptation and climate damages will decrease to just 0.008% of GDP.
These facts show why it’s important that organizations like the UN deliver us the real picture on disasters. The UN Office for Disaster Risk Reduction has bad form for making unfounded claims. Instead of headline-chasing with dodgy math and frightening language, the UN should do better—and it should be focused on championing the importance of innovation and adaptation, to save more lives.

Bjorn Lomborg is President of the Copenhagen Consensus and Visiting Fellow at Stanford University’s Hoover Institution. His latest book is “False Alarm: How Climate Change Panic Costs Us Trillions, Hurts the Poor, and Fails to Fix the Planet.” 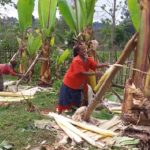 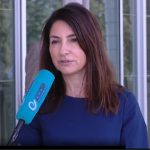